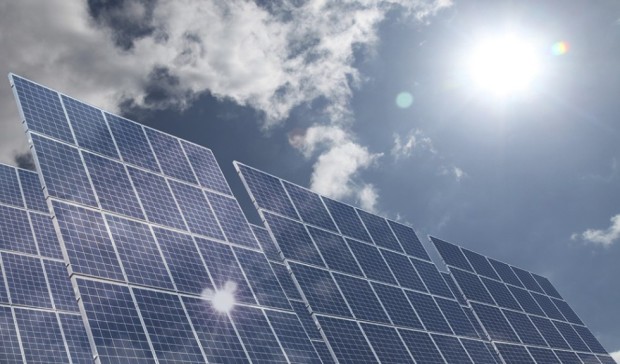 People flying over Walt Disney World will soon see a shiny new huge “Hidden Mickey” looking up at them. But it’ll do more then just look cool. It’ll be creating energy.

Walt Disney World Resort is working with Duke Energy and Reedy Creek Improvement District to develop a five-megawatt solar energy project on Disney property that will further reduce the impact on the environment. The facility will occupy approximately 20 acres near World Drive and Epcot Center Drive.

The solar farm, made of 48,000 solar panels arranged in the shape of a “not-so-hidden-Mickey,” will be built and operated by a Duke Energy subsidiary, which will lease the land from Disney. When complete later this year, the Reedy Creek Improvement District will purchase the energy from the Duke Energy subsidiary to meet the power needs of its customers.

“As an environmentally responsible company, Disney is committed to conserving and protecting the planet,” said Jackie Ogden, Ph.D., vice president of animals, science and environment at Walt Disney Parks and Resorts. “By using alternative energy, we are putting our creativity to work and finding innovative ways to responsibly manage our natural resources.”

“We are committed to working with customers to expand their use of renewable energy,” said Alex Glenn, president, Duke Energy Florida. “This opportunity to serve the Reedy Creek Improvement District is another example of how we are meeting our customers’ interests in renewable energy, while bringing more solar choices to Florida.”

Construction is expected to begin mid-summer with the facility to be in service by year end.

In addition to the solar farm, Walt Disney World recently converted its entire fleet of 300 plus buses to a cleaner fuel that will ultimately reduce emissions by nearly half. By doing this, the Disney Transportation bus fleet becomes one of the first in the country to run on R50, a renewable diesel made from used cooking oil and non-consumable food waste.

Look spooktacular at Magic Kingdom with these...