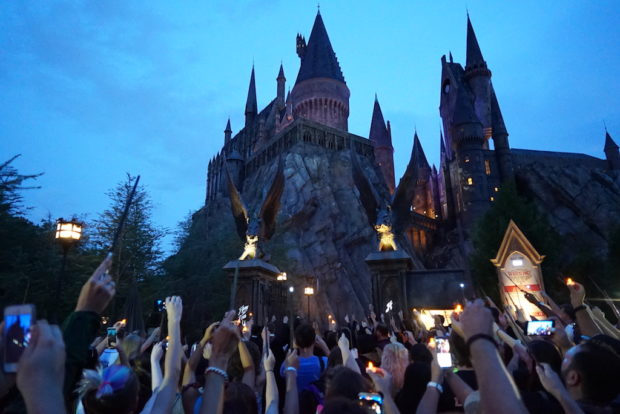 Universal Orlando team members and friends raise their wands in tribute to one of their own, lost in the Orlando nightclub attack.

Universal Orlando team members and friends paid their respects to team member Luis Vielma, who was killed in the Orlando nightclub attack, by raising their wands toward the Heavens in The Wizarding World of Harry Potter.

The unofficial gathering on the evening of June 13, was set up through a Facebook event for an Orlando Wand Raising Ceremony in memory of Universal team members Luis Vielma and Xavier Serrano, and all the victims of the tragic shooting at Pulse Night Club & Lounge.

A large crowd gathered in front of Hogwarts Castle in Universal’s Islands of Adventure theme park as one of the members said a few words about their former coworker Luis Vielma, who worked at the Harry Potter and the Forbidden Journey ride and sometimes used a wand as part of his role. The crowd, many dressed in Hogwarts robes, then raise wands and candles toward Hogwarts and the sky above.

Amid the hugs after, a group formed a small circle, which then grew into a larger one. They all placed their wands and candles on the ground in the middle of the circle in tribute.

The other Universal team member killed in the attacks was Xavier Serrano, a performer in Universal’s Superstar Parade in Universal Studios Florida. The parade members wore purple ribbons to honor his memory during the parade on Sunday.

Video of the ceremony: 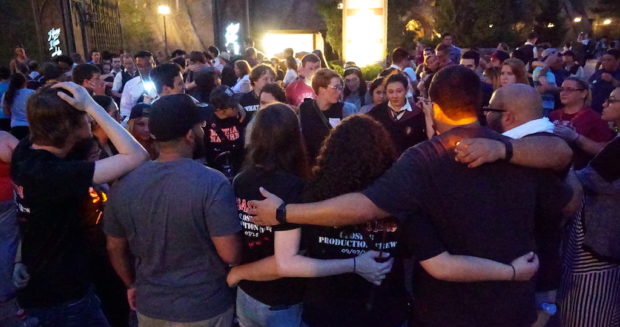 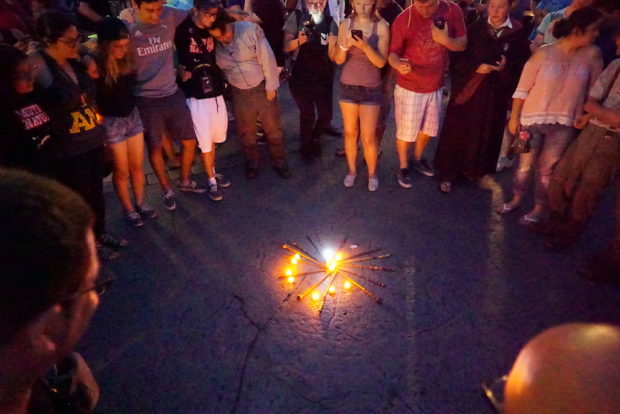 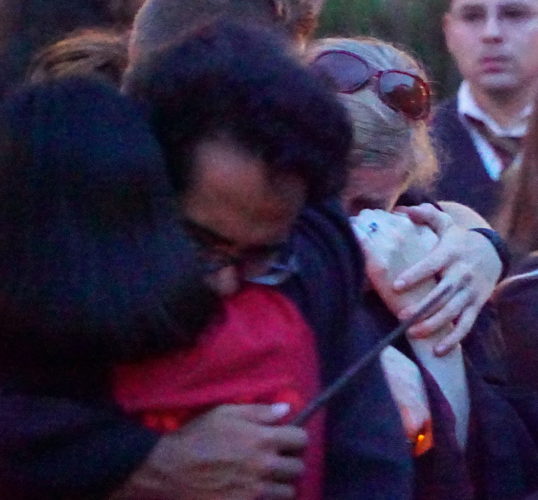 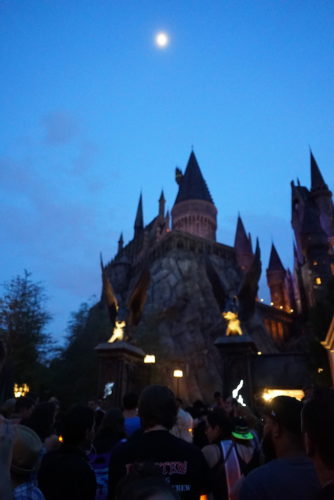 See Luis Vielma doing what he loved in this video of the final Disaster ride from 2015 (mentioned at 8:50):