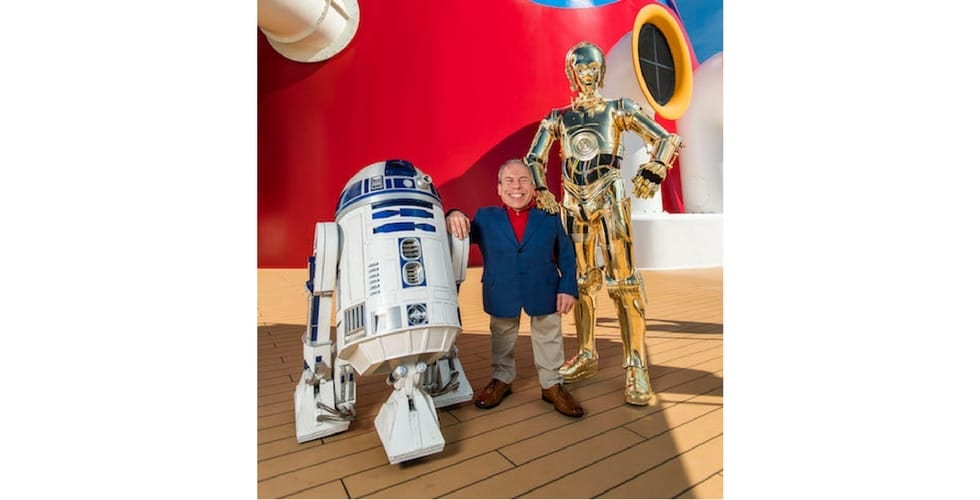 Warwick Davis has been announced as one of the guest presenters for Star Wars Day at Sea aboard the Disney Cruise Line.

“Star Wars” actor Warwick Davis has been announced as a guest presenter for Star Wars Day at Sea aboard the Disney Fantasy, from March 17-24.

Fans will know Davis better as Wicket, the most recognizable Ewok from “Star Wars: Episode VI – Return of the Jedi.” Davis has also played different roles in other “Star Wars” films, including “Rogue One: A Star Wars Story” and “Star Wars: The Force Awakens.” Davis will also join in on the galactic good times awaiting fans in the upcoming film, “Solo: A Star Wars Story.”

Davis is not the only presenter attending Star Wars Day at Sea this year. Check out the list of presenters below:

Guests will be able to hear their stories and meet these guest presenters, along with much more during Star Wars Day at Sea. The event features a full day of Star Wars-themed family and youth activities, character meet-and-greets, a costume celebration and a deck party with a fireworks display.

Mickey’s Halloween Party, a look at the...