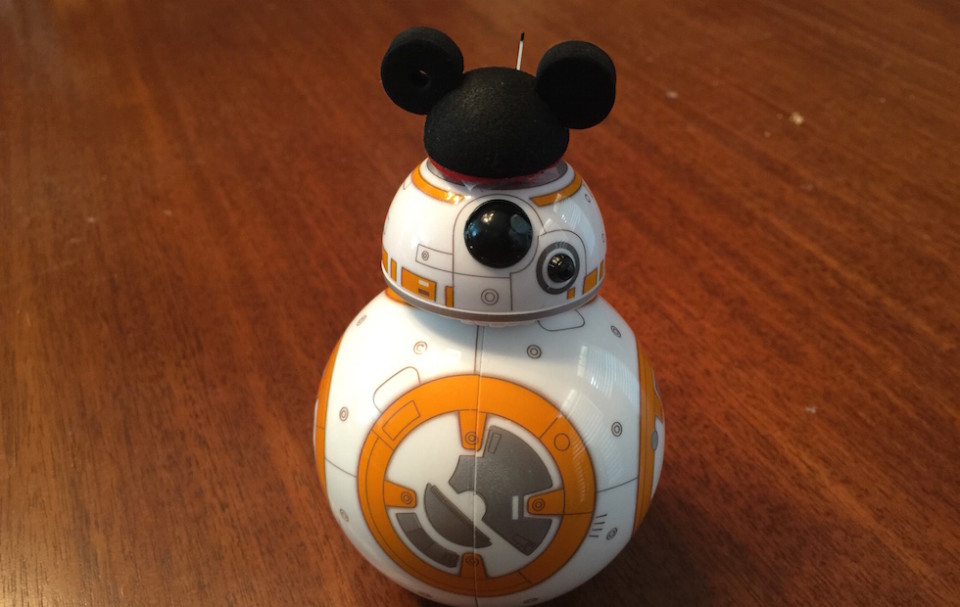 He rolls right down Main Street U.S.A., window shops, lounges in the new hub gardens, gets a PhotoPass photo, visits the Little Mermaid, watches some shows, rides an attraction and gets his own Mickey ears to wear during the fireworks.

This BB-8 is an app remote controlled toy manufactured by Sphero. If it’s not sold out, you can purchase one for $150 at many retailers, including Watto’s Grotto at Disney’s Hollywood Studios. The “real” full-size BB-8 makes his movie debut in the new “Star Wars: The Force Awakens” movie this December.

Disclaimer: We don’t suggest you take your Sphere BB-8 to a theme park. Ours almost got stepped on and lost his head a few times.

Unboxing the Halloween Horror Nights 25 invite from Jack the Clown

Review: Freeform’s Halloween Road is back to...