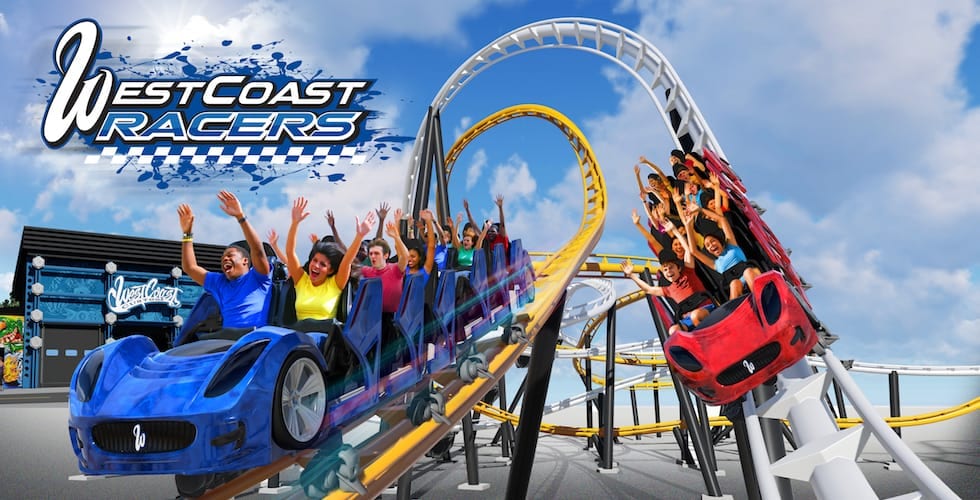 “Six Flags leads the industry in thrill ride innovation; it is part of our DNA, and we are taking thrills to the next level with the new West Coast Racers,” said Neal Thurman, park president. “Six Flags Magic Mountain is the undisputed ‘Thrill Capital of the World’ and with this newest coaster, strengthens our position as the ‘Coaster Capital of the World’ with a total of 20 roller coasters – more than any other theme park on the planet.” 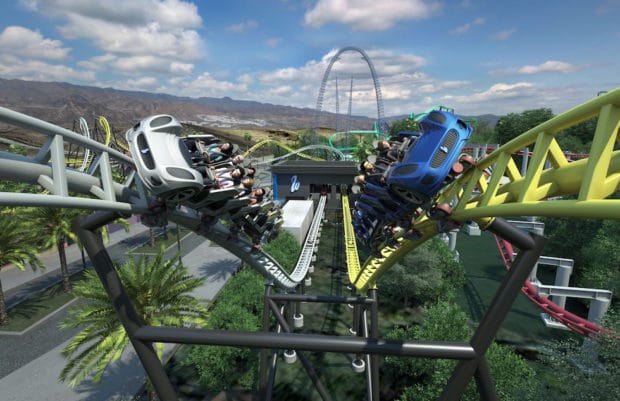 As guests start this three-minute adventure, they will sit two across in six rows into West Coast Customs-designed coaster cars. As they launch around the first lap, riders will go head-to-head as they race the other cars on the twin track. The “pit stop,” narrated by Ryan Friedlinghaus, founder and CEO of West Coast Customs, will take place between the two laps.

“We are thrilled to partner with Six Flags Magic Mountain to create this unprecedented new ride,” said Friedlinghaus. “Throughout my career, I have always thought outside of the box and I love being challenged to build things others can’t. Talk about the ultimate outside of the box challenge – a West Coast Customs-style roller coaster!”

Features of West Coast Racers include:

West Coast Racers will be part of a new urban, LA-themed area where guests can experience a high-energy street atmosphere. The attractions currently located in this area, Apocalypse and the Cyclone 500 Go Karts, will go through a period of re-theming to match the new area. New dining locations, games, and retail locations will be added to the area to complete the renovation.

This was just one of a massive 17 announcements that Six Flags made about their 2019 offerings. To check out all other Six Flags attractions and rides coming next year, click here.

To learn more about the upcoming West Coast Racers and other offerings at Six Flags Magic Mountain, visit SixFlags.com/MagicMountain.

WonderFall Flavors bring a taste of autumn to Disney Springs