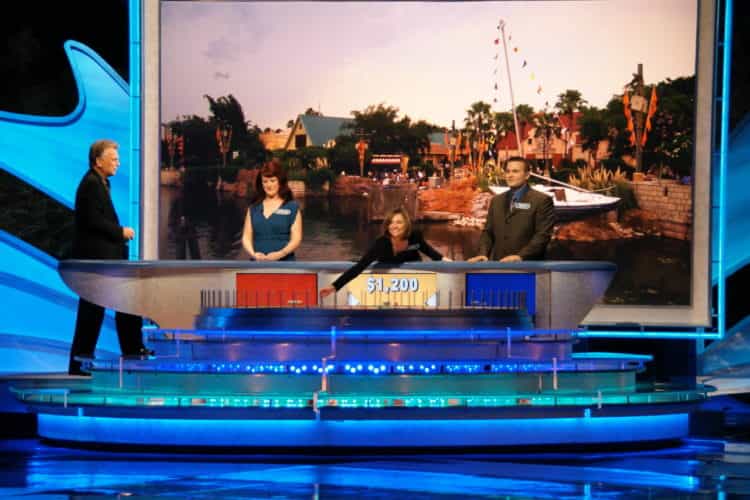 ‘Wheel of Fortune’ will film episodes at Epcot in October.

The casts and crews of Wheel of Fortune and The Chew are headed to Orlando, and Walt Disney World guests may catch a glimpse of these television favorites in production at Epcot when both programs tape episodes at Epcot in October.

Wheel of Fortune, the long-running game show starring Pat Sajak and Vanna White, will be celebrating its 35th anniversary by taping three weeks worth of shows at Epcot on October 10-12. The taping will center around a stage located between World Showcase and Future World. Tickets to watch the taping were distributed to fans through WFTV and the Wheel Watchers Club, but are no longer available.

ABC’s The Chew is also in Epcot this week (Oct. 2-6) to tape episodes themed to the park’s Food & Wine Festival, which will air Oct. 9-13. The Emmy Award-winning show is back at Epcot for a third year, taping in front of a live audience with Spaceship Earth as a backdrop. 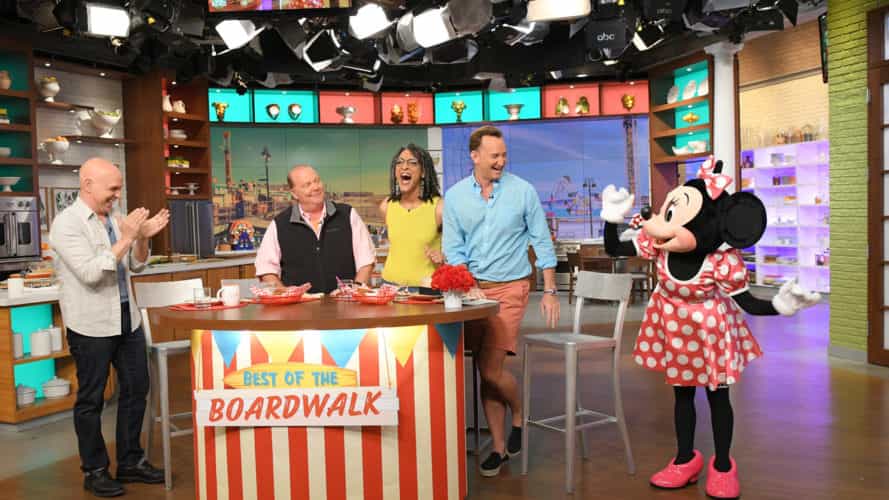 Cuisine inspired by The Chew also will be featured during Epcot’s International Food & Wine Festival at “Earth Eats Marketplace, Inspired by The Chew, ” and guests can watch screenings of “The Chew” show highlights at the Festival Center. The festival expands to 75 days this year, Aug. 31-Nov. 13. Episodes of The Chew from Epcot will air on ABC at 1 p.m. EDT (noon PDT), Oct. 9-13 (check local listings).

Check out our videos of Wheel of Fortune‘s 2008 taping at SeaWorld Orlando, and The Chew‘s 2015 appearance at Epcot:

Is there a better way to get tickets to go on the Wheel of Fortune at Epcot?