The Willis Clan to perform at Raglan Road in Disney Springs 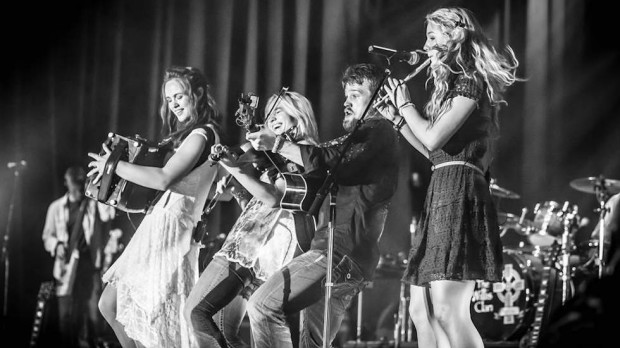 The Willis Clan, the musical stars of television’s “The Willis Family,”, will perform Jan. 19-22, 2016, at Raglan Road Irish Pub & Restaurant in Disney Springs.

Popular for their striking harmonies, driving rhythms and soaring anthems, the band from Nashville, Tenn., includes the 12 Willis children ages 5 through 23, plus their mom, Brenda, and dad, Toby.

The family has been featured in “People” magazine, on NBC’s “Today Show”, and on “America’s Got Talent.” Their reality TV series, TLC’s “The Willis Family,” has been rated the top cable show in its time slot with the show’s second season scheduled to air this spring. The Willis Clan has played the legendary Grand Ol’ Oprey more than 65 times and is on tour in the U.S., Ireland and other countries.

During their Raglan Road appearance on the patio stage, The Willis Clan will perform several sets from 8:30 p.m. to 12:30 a.m. Jan. 19 and 20, and from 9 p.m. to 1 a.m. Jan. 21 and 22. There is no cover charge at the pub, which will feature dinner and bar menu items, seasonal local dishes and an extensive menu of specialty cocktails throughout the performances.

“The Willis Clan is thrilled to be coming back to Raglan Road, one of our favorite pubs in the world. The atmosphere is so authentic you would think you were in Ireland!” said Brenda Willis. The Clan has played sold-out crowds in Ireland multiple times and has opened for Brad Paisley and The Band Perry in Dublin. Their 2016 international tour will begin in June after a multi-state tour.

The family’s newest studio album, “Heaven,” has reached #6 on the iTunes pop charts, and the band already is working on its next album. As band members write and record their own music, they stay true to their Irish tradition while infusing originality from multiple influences.

For more information about The Willis Clan, visit TheWillisClan.com.