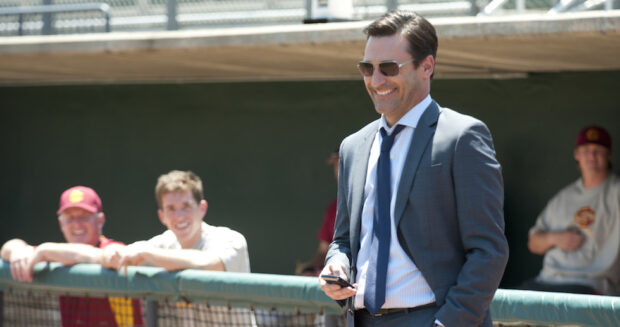 Think you can throw the fastest fastball? Then you could win a $1 million prize in the Million Dollar Arm Pitching Contest.

A contest is being held to celebrate the opening of Disney’s “Million Dollar Arm,” a new film based on the true story about two young men who went from never throwing a baseball to getting a Major League tryout. Male or female amateur baseball pitchers, who are legal United States residents at least 18 years of age or older, are invited to qualify to compete in the preliminary rounds of the Million Dollar Arm Pitching Contest at either Walt Disney World, Disneyland in California or at the Tribeca/ESPN Sports Day at the Tribeca Family Festival in New York City.

The three contestants from each location who throw the fastest pitches will advance to the finals and have a chance to compete for a $1 million prize at the world premiere of Disney’s “Million Dollar Arm” in Hollywood, Calif.

The three qualifying events will take place on April 25 and 26, from 7 a.m. to 6 p.m., at both Downtown Disney at Disneyland and ESPN Wide World of Sports Complex at Walt Disney World and on April 26 only, from 10 a.m. to 6 p.m. during the Tribeca Family Festival in New York City.

Contestants will throw three pitches, each tracked by a radar gun, in an attempt to throw the fastest pitch. All participants will receive tickets for themselves and a guest to see an advance screening of Disney’s “Million Dollar Arm” at an AMC Theatres location later that evening.

The top three eligible pitchers with the fastest pitches from each qualifying round location will be flown with his or her guest to the final contest, which will take place at the world premiere of Disney’s “Million Dollar Arm” in Hollywood, Calif. on May 6.

Each of these finalists will throw three pitches on Hollywood Boulevard. Any eligible finalist who throws one 100 mph strike (out of three pitches) will become a potential winner of the $1 million grand prize.

The nine finalists and their guests will be VIPs at the film’s premiere along with stars, filmmakers, major league players, coaches, scouts and celebrities.

No purchase necessary. Subject to Official Rules available at event or at Disney.com/PitchingContest.