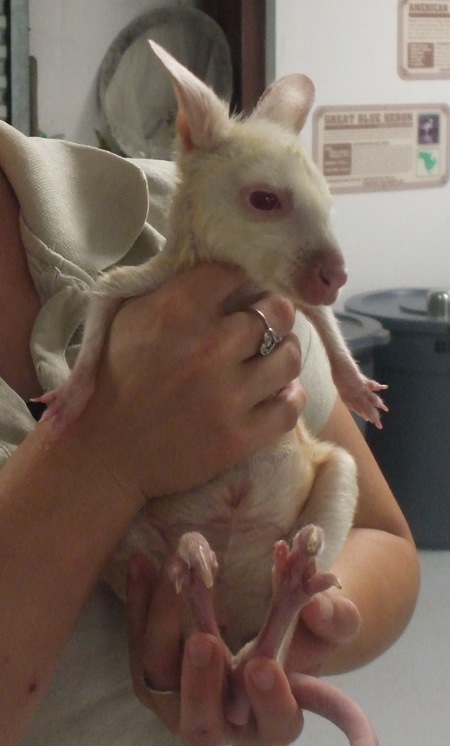 Carol Wolfe of Winter Garden became part of Cypress Gardens’ history as she submitted the winning name for their new baby albino wallaby. Carol submitted the name “Mahina” meaning “moon” in Hawaiian. By submitting the winning name, Carol won four tickets to Cypress Gardens that are good for unlimited entrance to the park through the end of the year. There were over 400 entries to the contest that began on June 11 and ran through June 30. The Marketing and Animal Care departments decided upon the winning name.

Video of Magic Kingdom's Concert in the Sky fireworks

18 'Eat to the Beat!' musical acts announced at Epcot this fall