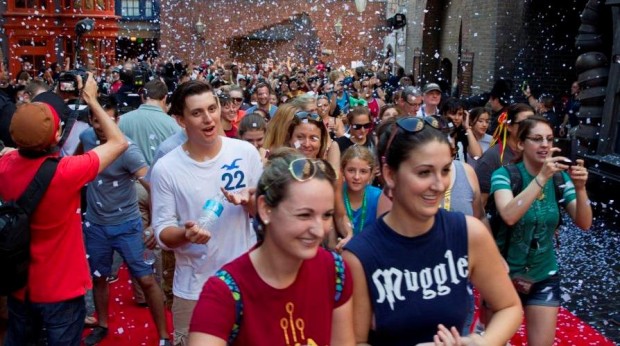 The day that witches, wizards and muggles around the world have been waiting for has arrived.

You may choose to arrive aboard the Hogwarts Express, which takes guests on a journey between the two lands of The Wizarding World of Harry Potter, and be transported into a highly-themed environment. The new area includes shops with windows full of magical surprises, authentic food and beverages, a towering dragon that breathes fire and Harry Potter and the Escape from Gringotts, a new attraction thrill ride through the Gringotts vaults.

We have over a dozen videos from inside Diagon Alley available to watch in our playlist below:

12 weird attractions from around the world

CityWalk expansion nearly complete with the opening of more restaurants

Get a colorful concoction at the new...