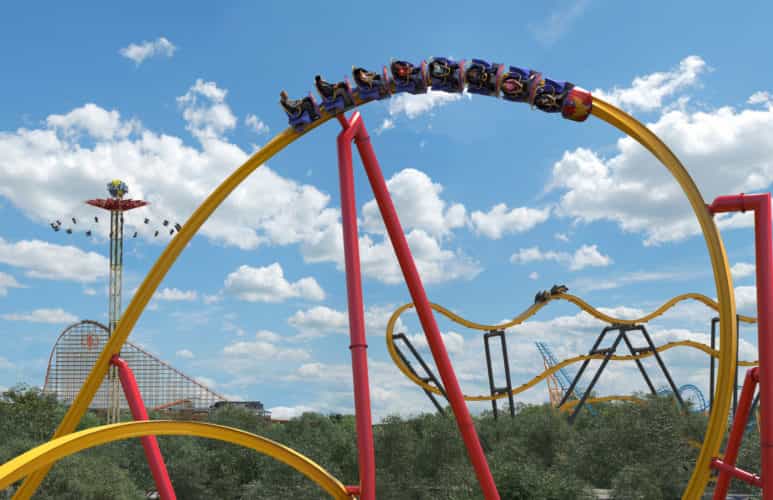 Batman and Superman have had their own Six Flags roller coasters for years, and now Wonder Woman is joining her DC Comics comrades with the new Wonder Woman Golden Lasso Coaster, coming to Six Flags Fiesta Texas in 2018.

Wonder Woman Golden Lasso Coaster will feature three single seat trains (in themed colors of red, yellow and blue) that race along a slender yellow track I-beam track no wider than 15.5 inches, held up by red supports. As guests enter the Themyscira-themed queue, they will be greeted by a likeness of Wonder Woman herself and immersed in the story of her life and how she obtained her super powers. Guests will be surrounded by tropical landscaping, Greek architecture, and even Steve Trevor’s crashed plane. A moving loading station will be used to expedite entering and exiting the ride.

After boarding their streamlined ride vehicle, riders will climb a 113-foot hill before experiencing a 100-foot straight-down 90-degree drop, two airtime hills, one 180-degree stall, overbanked wave turns, a zero-g roll, and a steep uphill spiral. This is the first ride to use the new RMC Raptor single track design from Rocky Mountain Construction, which Six Flags VP and chief corporate engineer Larry Chickola says should create a “crazy smooth” and “crazy fun” ride, with “extremely quick twists and turns – quicker and smoother than regular coasters.” 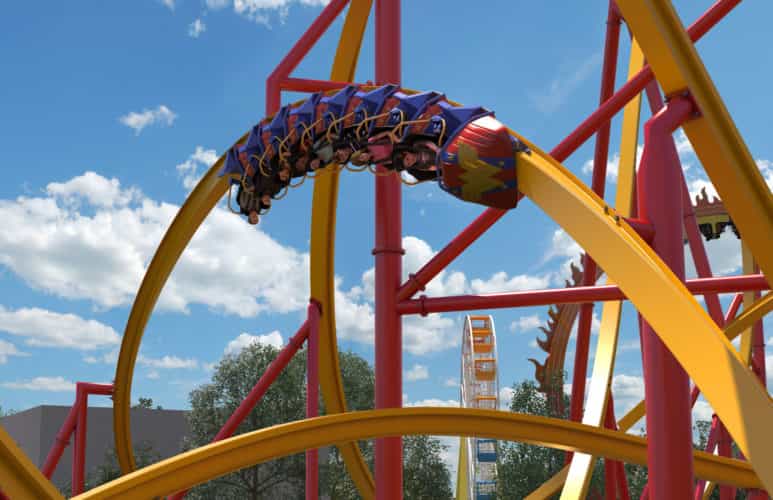 My delight and surprise over Disneyland’s Adventureland...