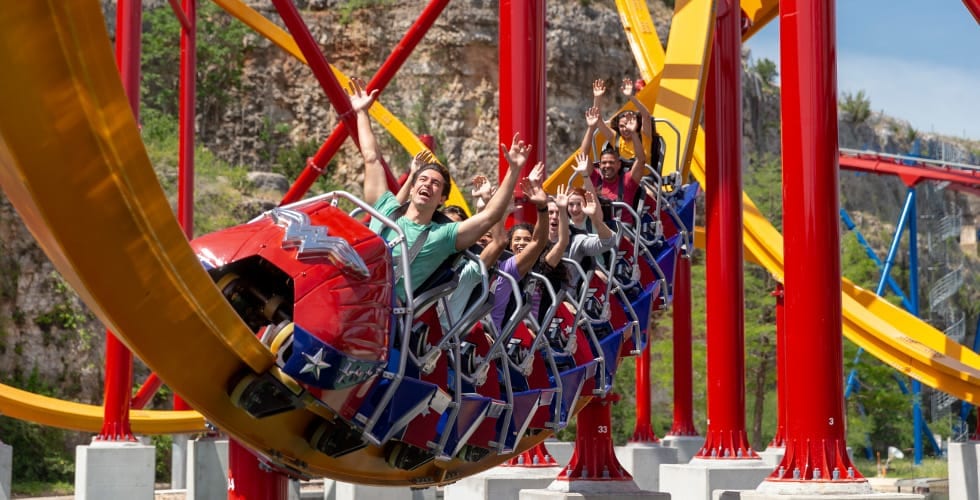 Six Flags Fiesta Texas guests get to feel like the Princess of Themyscira while riding the newly-opened Wonder Woman: Golden Lasso Coaster.

Superman and Batman better step aside, because DC Comics’ legendary Amazon has finally arrived with the grand opening of the Wonder Woman: Golden Lasso Coaster at Six Flags Fiesta Texas.

On May 12, 2018, Six Flags Fiesta Texas debuted the world’s first-ever single rail Wonder Woman themed roller coaster to the public. The attraction features a first-of-its-kind single I-beam rail no wider than 15.5 inches, with riders seated single file and their legs positioned on either side of the thin monorail track. This new design by Rocky Mountain Construction gives riders an open-air, unobstructed view as they twist and turn above the 100-foot quarry walls. 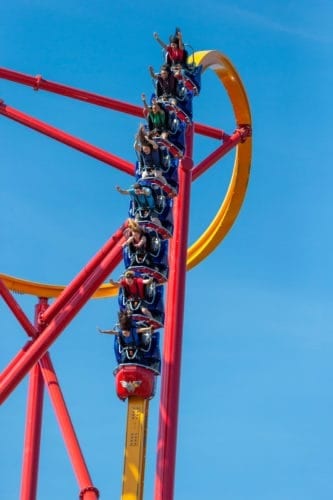 Wonder Woman: Golden Lasso Coaster features three single-file 8-passenger trains in themed colors of red, gold and blue that race along a slender golden track held by red supports. As guests enter the ride queue, they are greeted by a likeness of Wonder Woman and immersed in the story of her life and how she obtained her super powers. Guests will be surrounded by tropical landscaping and ancient architecture found in Themyscira, Wonder Woman’s original island home. After using the loading station’s moving walkway to board their streamlined ride vehicle, riders will race through a straight-down 90-degree drop (a first for a Fiesta Texas coaster), two airtime hills, one 180-degree stall, a zero-g roll, and overbanked turns. 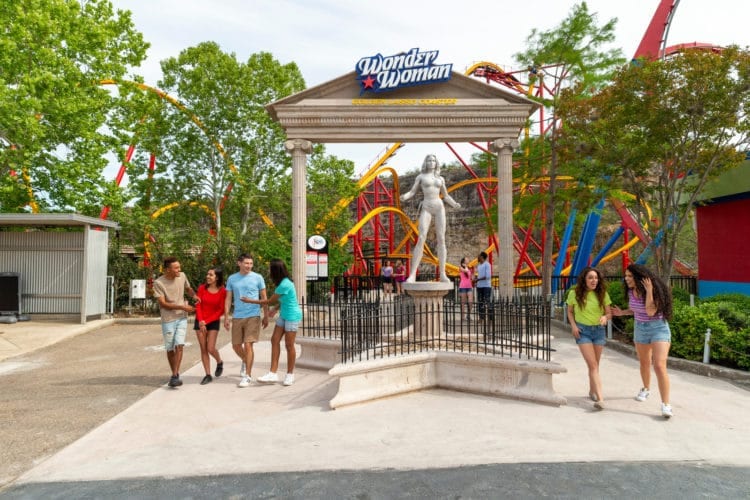 For more information, visit sixflags.com/fiestatexas, and watch these videos of other Justice League-inspired attraction in the park: