Early this morning, Legoland Florida announced the latest expansion to their park. The World of Chima will be opening this July. Based “Legends of Chima,” the fantastical world presented by Cartoon Network features an interactive water ride experience, the Quest for CHI, the action-filled Speedorz Arena, meet and greets and even a new 4D movie.

“This is the first time a theme park has invested in a major expansion concurrently with the rollout of a new brand and product line, and it was an easy decision based on how well Lego Legends of Chima has been received by children and those who are young at heart around the world,” said Legoland Florida General Manager Adrian Jones. “This is also a reflection of the overall success of the park, which has already enabled us to open a new water park and build multiple new attractions during the past 18 months.” 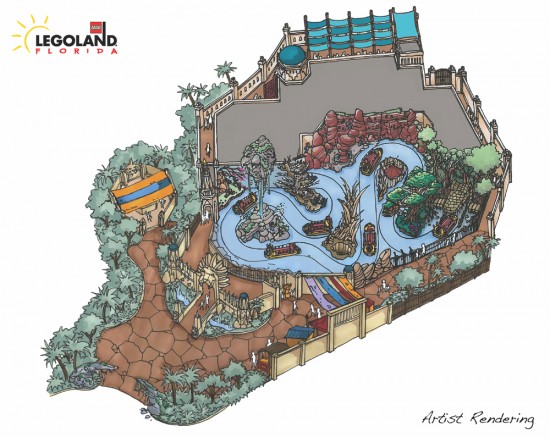 The Quest for CHI

The centerpiece of the new World of Chima at Legoland is an interactive, family-friendly water ride, The Quest for CHI. Guests will enter The World of Chima through a stone and moss covered entrance which leads to the Lion Temple at the base of the 45-foot tall floating Mount Cavora. There, guests will explore a diverse landscape setting and join the Lion Tribe in a battle to recover the stolen CHI orbs. Guests will board a watercraft which will take them on an interactive experience using water cannons to help their hero, Laval the Lion Prince, defeat Cragger the Crocodile King as he attempts to steal the supply of CHI. The journey will take them through the land of Chima where they will meet some of the highly advanced animal tribal habitats, including the Rhino Quarry, Raven’s Roost, Eagle’s Nest, Wolves Encampment, Gorilla Forest and Crocodile Swamp among other imaginative settings. 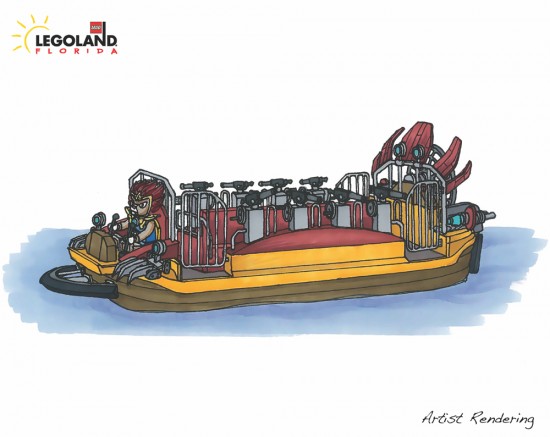 The World of Chima also features a Speedorz Arena where multiple players build their Lego Speedorz and compete to win the “precious supply of CHI” by participating in group challenges and competing in a series of obstacles. A new 4D movie, the Lego Chima 4D Movie Xperience, will further immerse families into The World of Chima by bringing the characters to life on the big screen. Kids will also get to meet their hero Laval the Lion Prince and Cragger the Crocodile King at daily character meet and greet sessions. Guests can also purchase their favorite Lego Legends of Chima sets and Speedorz. 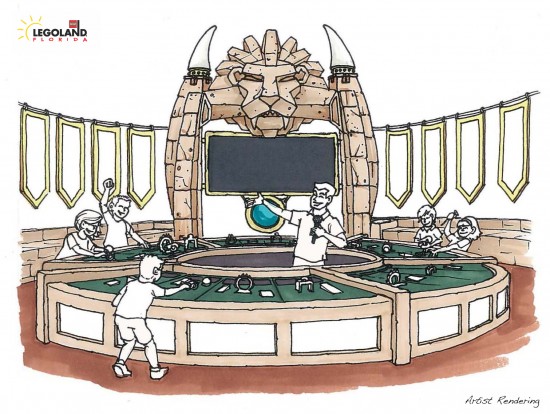 As the presenting partner, Cartoon Network will have a major presence in the park year-round. They will have screens placed around the park that will consist of other content from the network and more.

Here’s a look at the Chima Announcement:

Watch the March 21, 2013 episode of “Orlando Attractions Magazine – The Show” more coverage of the announcement including exclusive interviews. For the most current information on Legoland Florida and to purchase tickets, click here.