After being closed for about five months due to a reimagining, the World of Disney store at Disney Springs has partially reopened. The full store is expected to open later this fall. 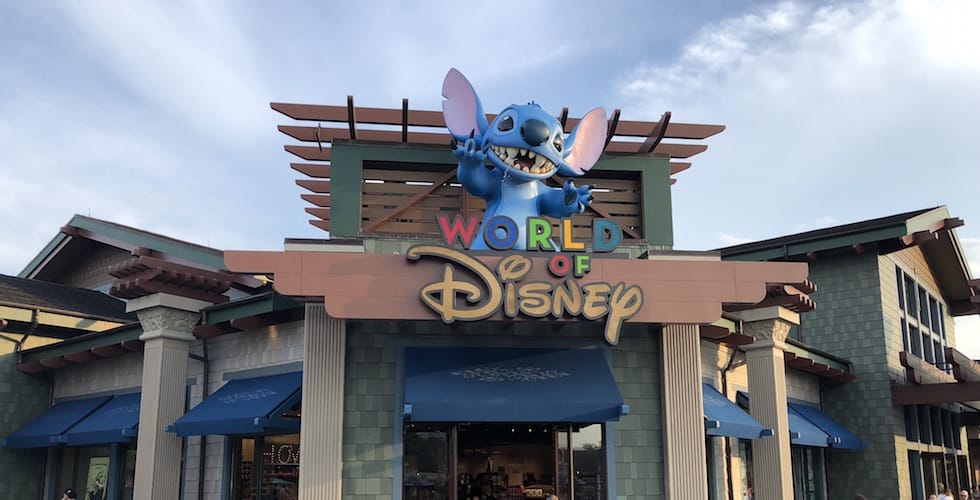 Stitch has returned to his rightful place above the World of Disney store sign, and yes, he still spits.

The new look for the signature Disney store reflects much of Disney Springs’ industrial, minimalist warehouse theme, though an anonymous source told us that “there’s a lot of new technology and magic to come when the full reveal happens this fall.” 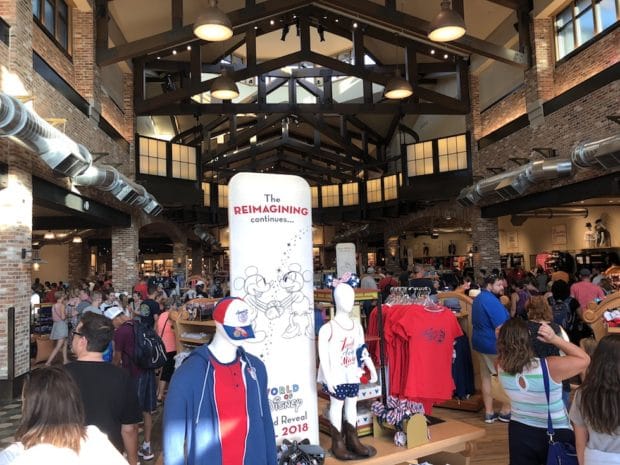 A look at the main interior of the updated World of Disney store. 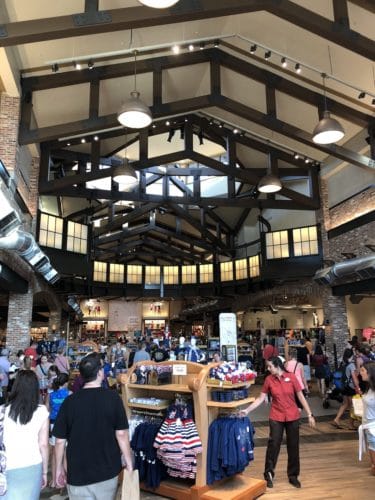 Notice that the original statues of Disney characters that hung in the ceiling are now gone.

The newly reimagined store feels much more open now, with clearly separated store sections, and plenty of walking room to get around the store. The store no longer feels as chaotic as its original incarnation.

There is still much to be done before World of Disney officially reopens this fall, and this is evident by the construction tarps found throughout the store. 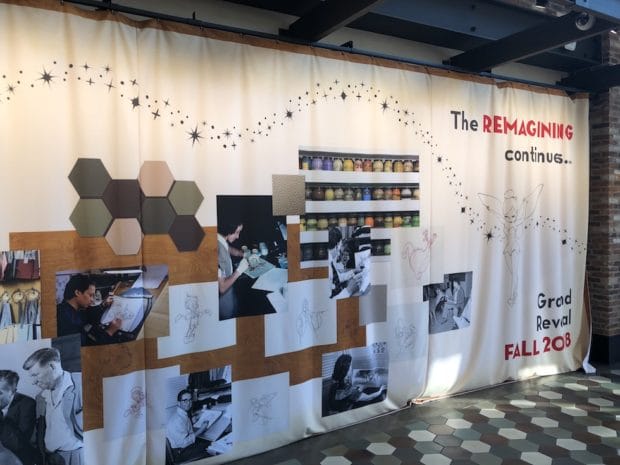 These construction tarps hide the remaining sections of the store that are still under refurbishment. 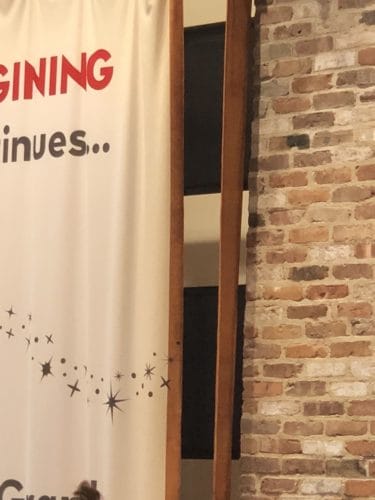 Taking a look behind one of the tarps, you can see small screens already installed.

Heading over to the checkout area, the queue line to get to one of the many registers feels much more organized, and not as crowded as before. 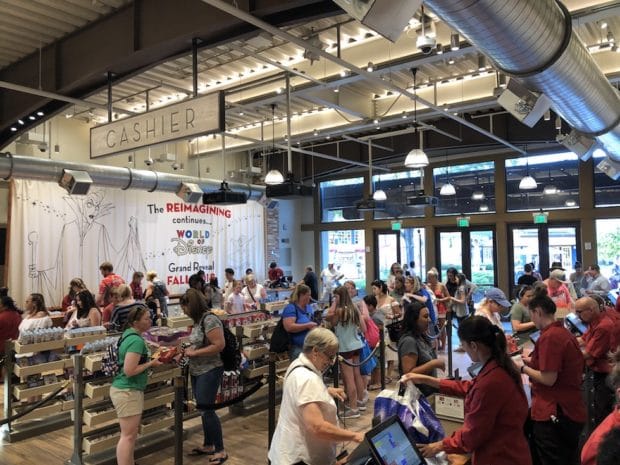 Guests look much more at ease waiting in these lines than in those from before refurbishment began.

The checkout counters themselves are themed, as well, and are supposed to be animator’s work desks. They feature small doodles and line drawings of some of your favorite Disney characters, and storage sections made to look like flat file cabinets. 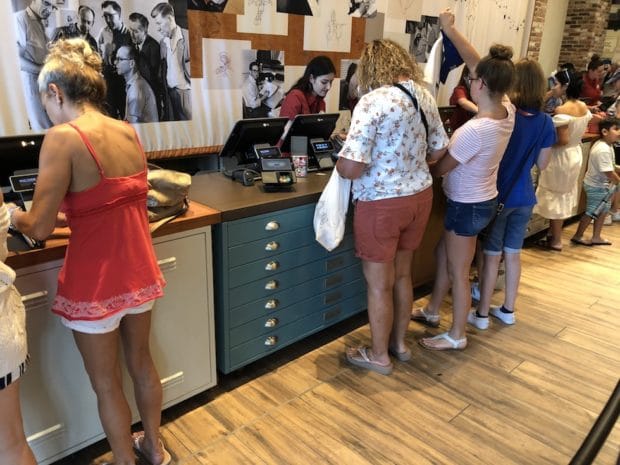 You can see the flat file cabinet facade here. 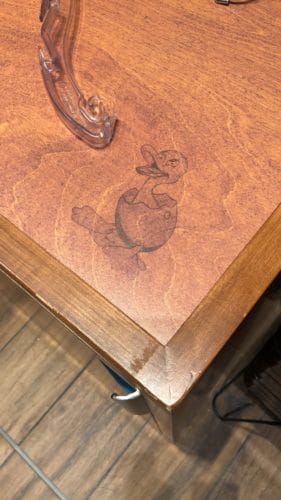 This desk features a line drawing of the ugly duckling from “Lilo & Stitch.” 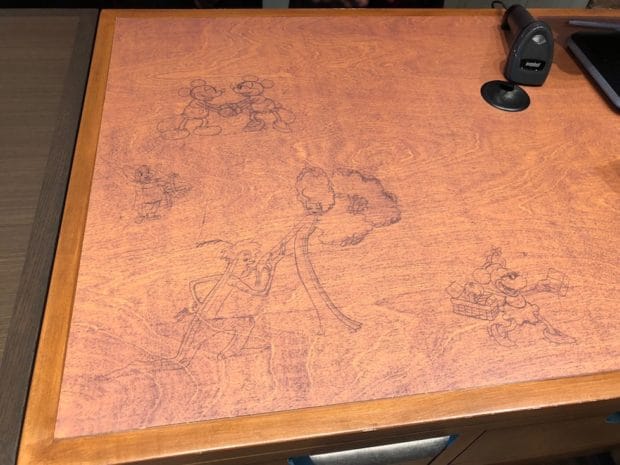 This counter shows line drawings of the trees from “Silly Symphonies,” as well as Mickey and Minnie Mouse. 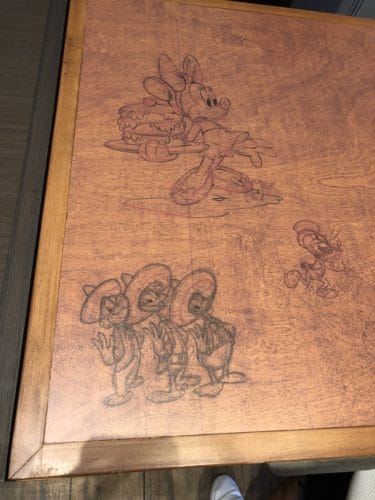 This counter includes sketches of Minnie Mouse, Jiminy Cricket, and The Three Caballeros.

Despite much of the store being open to guests now, there is still one section of World of Disney that is under refurbishment. The grand reopening of the entire store will be later this fall. 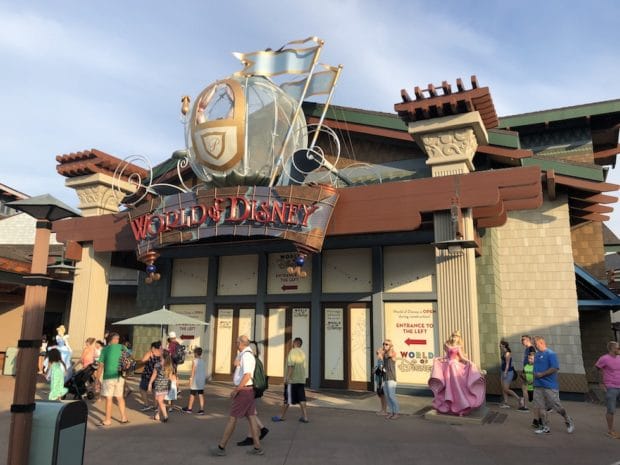 The Cinderella Coach section of World of Disney is now closed as the store completes refurbishment.

It is likely that the coach could come down as the old World of Disney sign is changed out, but it could return afterward – as the spitting Stitch did not too long ago.

World of Disney in Downtown Disney at the Disneyland Resort also opened up part of its store after a period of reimagining. 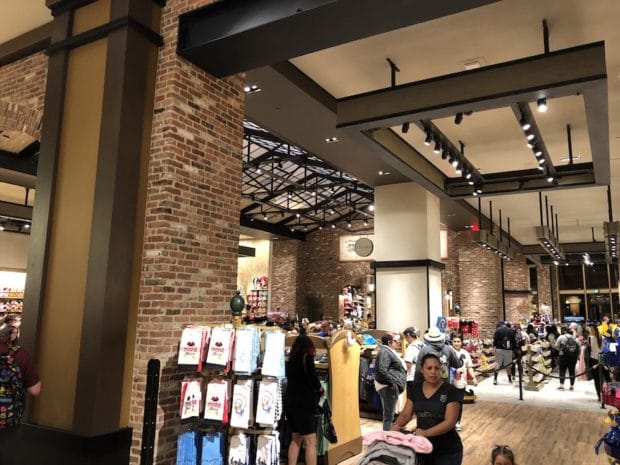 A look at the World of Disney store in Downtown Disney.

The Disneyland location features the same industrial warehouse style as that of its Florida counterpart. 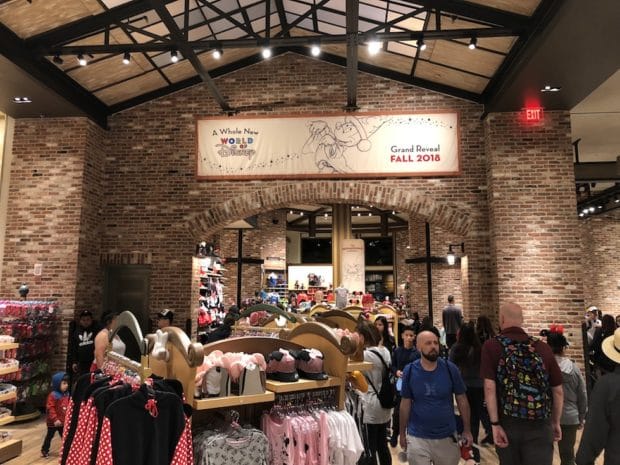 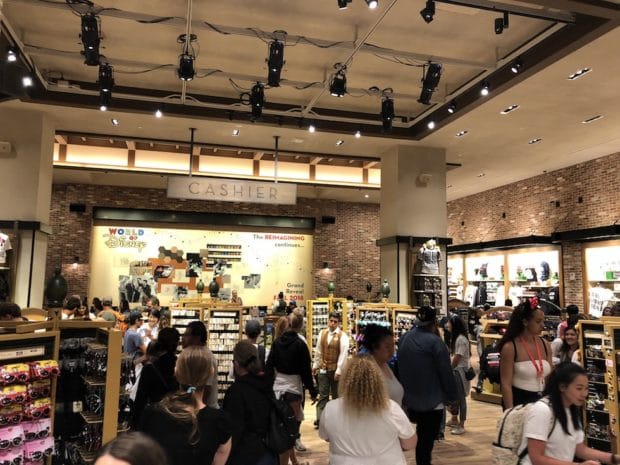 A look at the cashier section of World of Disney at Downtown Disney in Anaheim.

The grand reveal for the Downtown Disney location will also be this fall, and could happen at the same time as the location in Disney Springs. However, no official date has been announced.

With so much magic still to come, and half of both stores still under refurbishment, we have much to look forward to come the grand reveal of the new World of Disney later this year. 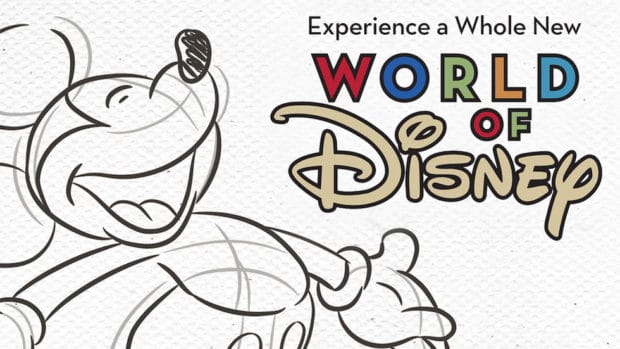 This fall, we’ll find ourselves in a whole new world…of Disney.

Remember the beautifully lit castle in the middle with the monorail going round and how you could just walk around looking up at the fun details in full Disney fashion. Now it looks very, classy, serious, adult, non-Disney. Nice job. Is it 18 and older only?

Why are Disney so determined to remove everything fun and themed? Don’t try to match other theme parks, instead, do what Disney does best. Not digging the new, minimalist, clinical look that Disney seem stuck on lately. Removing the magic bit by bit. Don’t mind the exterior as much – some fun colours and characters still there, but the interior is boring and bland and feels industrial not magical.