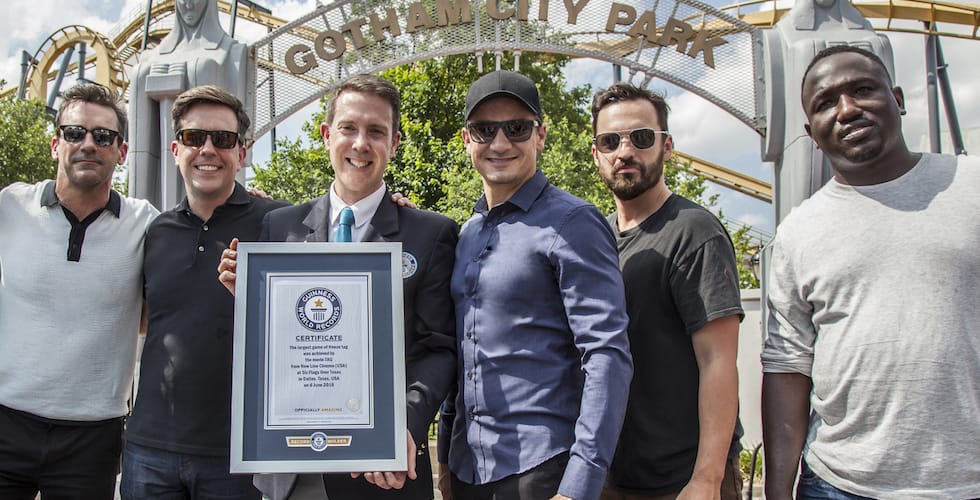 A World Record game of tag was held at Six Flags Over Texas this past week.

Guests were invited to join the cast in an effort to break the World Record for the Largest Game of Freeze Tag ever. The attempt was successful, and broke the previous Guinness World Record of 634 participants with 661 players throughout the park.

To give thanks to everyone who played, the cast surprised the guests by inviting them to a special screening of “Tag.”

“Tag” hits theaters on June 15. Check out our videos of the game of tag, as well as the cast having some fun in Six Flags Over Texas below: