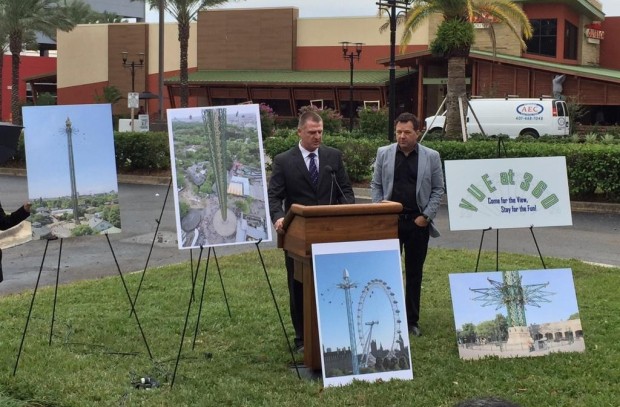 International Drive keeps growing and growing. You can already marvel at the huge Orlando Eye observation wheel being built, now another ride rivaling its height is coming next door. A StarFlyer swing ride will take riders up 420 feet. 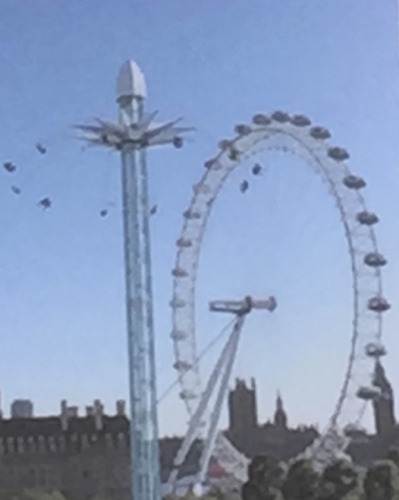 Unicorp National Developments, the company behind the I-Drive 360 complex, announced the new ride today, and a new name for the complex which houses Kings Bowling, Sleuths and other stores next door to I-Drive 360. The plaza will be known as Vue at 360, a play on the 360 degree view riders will have on the StarFlyer.

This will be the second StarFlyer on International Drive. There’s a 230-foot one operating just down the street at Magic Midway. But this new one will be the tallest in the world at 420 feet. (The Orlando Eye will be approximately 425 feet tall.)

Take a virtual ride on the world’s tallest roller coaster, coming to Orlando

Um the Orlando Eye well only be 400 Feet not 425 please correct that in this article!

Although the actual wheel and its base will be 400 feet tall, the top will be 425 feet off the ground because the base and wheel are elevated.

Kings will bring another bowling option to...