A new hyper-reality experience themed to the upcoming Walt Disney Animation Studios film, “Ralph Breaks the Internet,” is coming to The Void at Disney Springs and Downtown Disney. 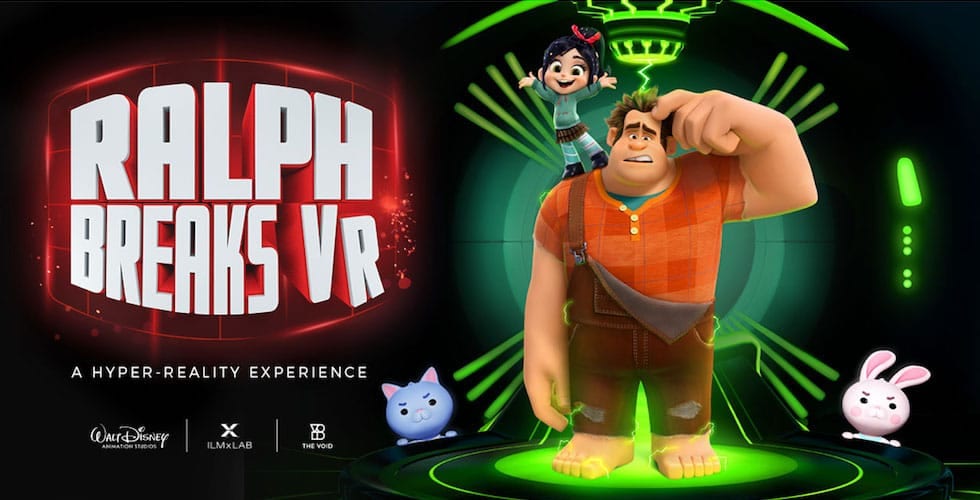 Break VR with Wreck-It Ralph and Vanellope this fall.

Starting this fall, “Ralph Breaks VR” will put guests inside a new, original Disney adventure in the world of the internet and online gaming with Wreck-It Ralph and Vanellope. To create this new virtual reality experience, The Walt Disney Company and ILMxLAB are once again teaming up with The Void.

“Our filmmakers and the terrific people at ILMxLAB have collaborated to bring an incredible hyper-real experience for all ages to The Void,” said Clark Spencer, Oscar-winning “Ralph Breaks the Internet” producer. “We can’t wait for people to be immersed in the worlds of the internet and online gaming with Wreck-It Ralph and Vanellope.”

“At ILMxLAB, we are truly excited for fans to ‘Step Inside Our Stories’ by extending our award-winning creative collaboration with The Void across The Walt Disney Company. Together we will soon invite guests into other beloved Disney franchises where they can explore rich worlds, engage with compelling characters, embark upon heart-pounding adventures, and indulge the senses – experiencing the magic as never before,” said Vicki Dobbs Beck, ILMxLAB executive in charge.

Also announced was a new VR experience themed to the Marvel Cinematic Universe, which will be based on an undisclosed Marvel film that is set to premiere in 2019. The 2019 slate for Marvel Studios includes “Captain Marvel,” “Avengers 4,” and “Spider-Man: Far From Home.” No other details on the upcoming Marvel experience have been released.

As for “Star Wars: Secrets of the Empire”? The current VR experience that calls The Void home will still be available for guests to experience at both Downtown Disney and Disney Springs when “Ralph Breaks VR” makes its debut this fall. More details will be released soon.

Stay tuned for more details about the opening date for Ralph Breaks VR, coming this fall to The Void, as well as future Disney-themed hyper-reality experiences. To learn more about The Void’s current offering, Star Wars: Secrets of the Empire, visit TheVoid.com.

‘Ratatouille the Musical,’ a TikTok-made play that...