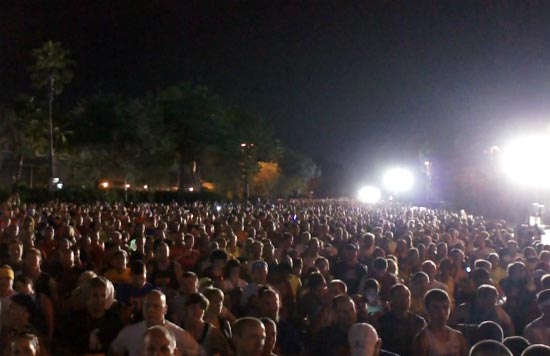 Disney’s Hollywood Studios was the site of a new runDisney race this past weekend – Twilight Zone Tower of Terror 10-Miler race. It debuted with 10,000 participants. It was a night race, starting well after the park had closed to guests.

Ten thousand people is a big number for an inaugural race. For comparison, the first Disney marathon in 1994 was sold out at 8,000 and at the time was the largest first time field for a full marathon.

We have a synopsis video of the race here. 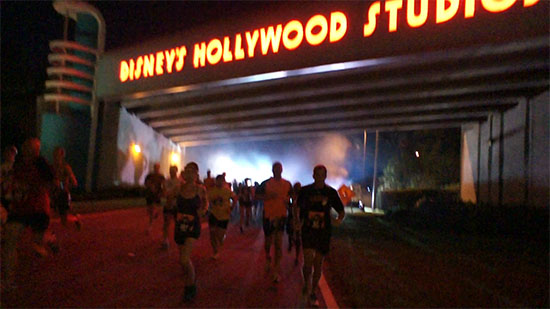 The race started at the toll plaza of the park, and ran through the World Drive parking entrance. 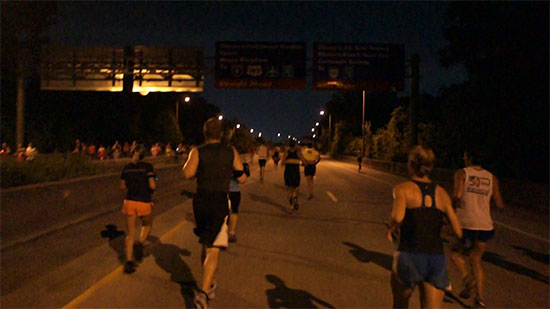 Much of the course was an out and back on Osceola Parkway, U-turning near Animal Kingdom parking. 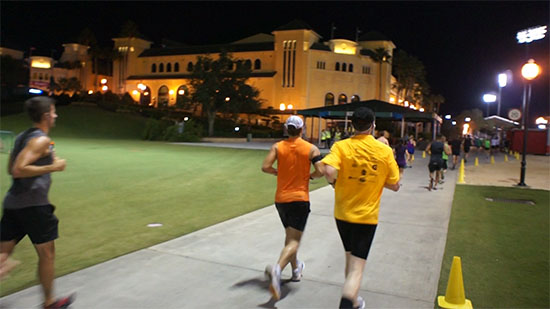 Runners then returned on Osceola Parkway and circled through ESPN Wide World of Sports. 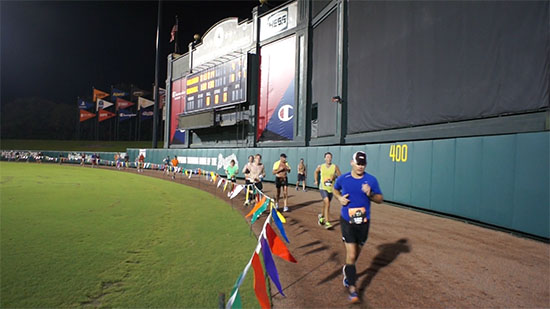 This race was the first time that Champion Stadium was part of a runDisney course. Runners made a complete circle of the field, entering and exiting through the same gate. 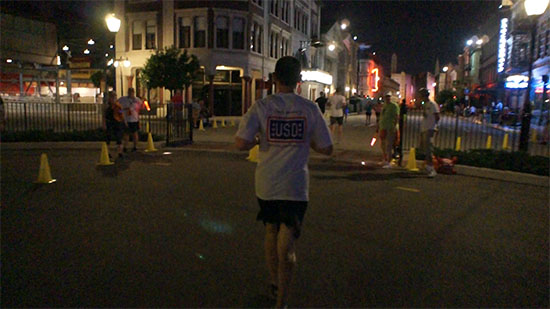 Runners then returned to Hollywood Studios running through much of the park. 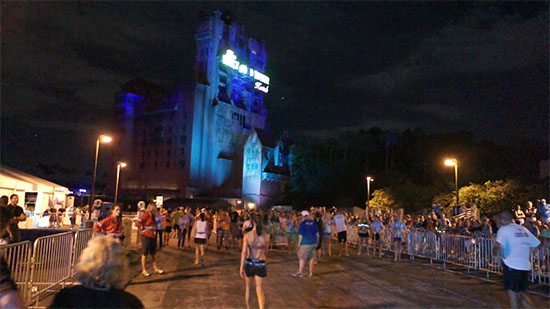 The finish line was at the base of the Tower of Terror. 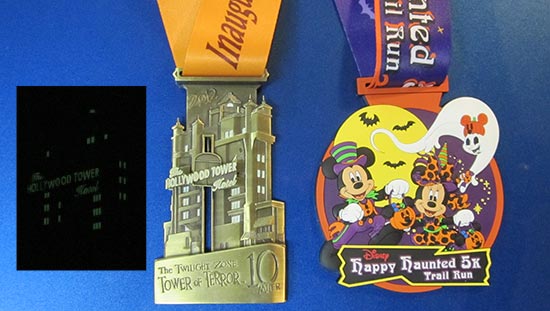 The 10-mile finisher medal is at center.

The medal also glows in the dark, as seen in the inset at left.

At right is the finisher medallion for the 5K fun run that was held same day at the crack of dawn.

We have a synopsis video of the 5K here.

This was the first time the family fun run 5K was a trail run. About two miles of the course was in the back woods of ESPN Wide World of Sports. The starting and ending part of the course was on sports fields and the running track of the sports complex. 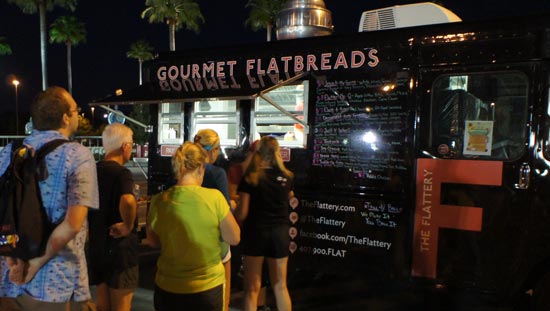 Runners needed to arrive way before the 10 mile race’s 10 p.m. start. A few of the Orlando local food trucks were in the parking lot with a late dinner available for purchase by runners and their family. 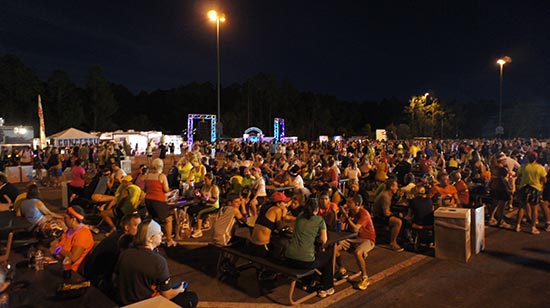 Picnic tables were available to enjoy the food truck meals. 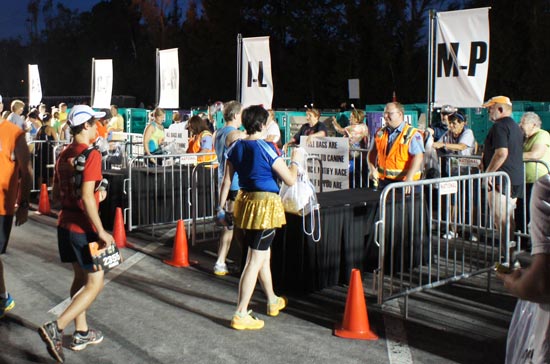 Disney is always striving to improve the guest experience, runDisney races included. Over the years the runner’s bag check has become incredibly well-run.

Many runners check in a bag before the race. The bag often has a change of clothes for the post-race party. It can be much more comfortable to go riding the attractions in nice dry, clean clothes than in your sweaty running clothes, and changing tents for men and women are available.

At this race, bins that are normally used for laundry at the Disney resorts carried the bags to the post race party area. Escorted by Disney security on a bike. 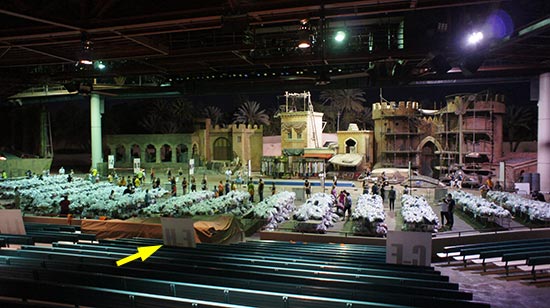 Bag pick up was set up on the Indiana Jones stunt show theater stage! Note the yellow arrow … 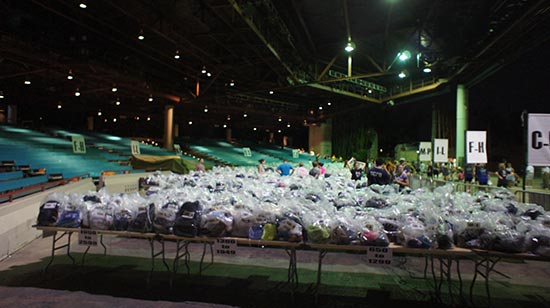 Each bag was identified by runner’s last name initial and runner’s race number. 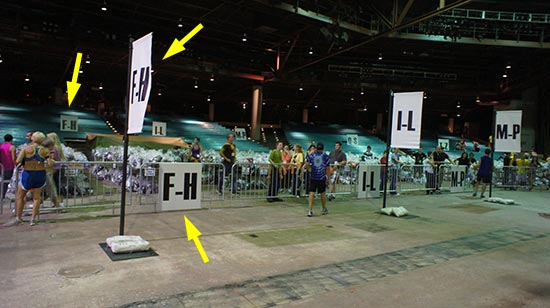 Signs, indicated by the arrows, are easily seen with initial letters. Runners approached the table where a volunteer matched their race number to the bag. Easy and very efficient! 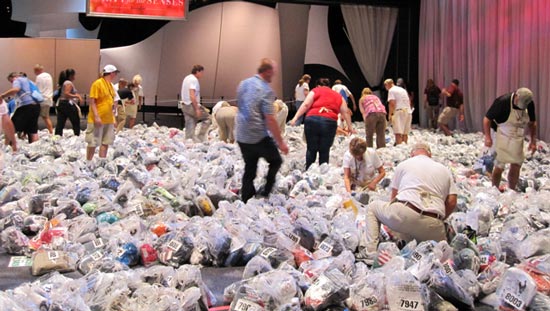 For comparison, this was the bag pick up at a race a few years ago. It was hard for the volunteers to find the bags and they were quickly overwhelmed. 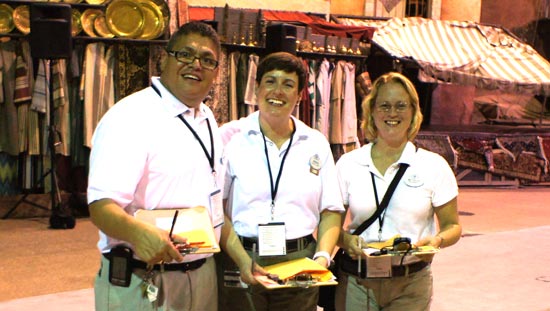 Some of the Disney industrial engineering team. The team was there monitoring the efficiency of the bag process, possibly finding ways to improve this guest experience even more.

Many of “Orlando Attractions Magazine – The Show” hosts also ran the 10 mile race. We’ll have a report on their experiences in the race on the Oct. 4, 2012 show.

It’s good to be bad during runDisney virtual...

I was a runner in the ToT10mile and it being my 1st long distance race, what better experiance than it be in WDW with so many of my Disney friends. Though this was a somewhat tuff race due to the humidty that late in the evening. I live North and was not used to the humidty that late in the evening. Though to know I finished the race and earned that medal that I have proudly displayed in my home office is a memory that is priceless.