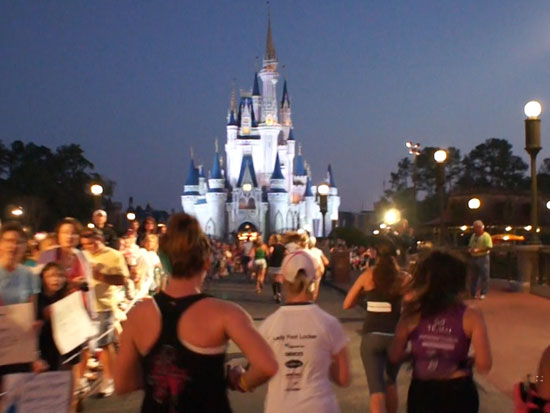 This was the third running of Disney’s Princess Half Marathon, and its popularity continues to grow. It’s probably the most Disney of all of the runDisney events, with what seems to be more characters, entertainment and music per mile than the January half marathon. The highlight of the race is surely when you run down Main Street U.S.A. in the Magic Kingdom and see the castle glowing on the horizon.

Here’s a video run-along so you can see (or relive) some of the highlights: 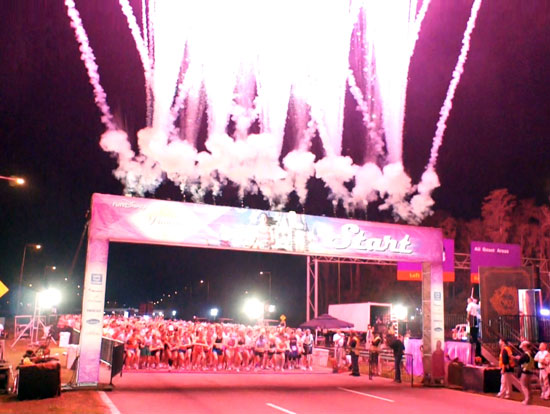 The half marathon begins on Epcot Boulevard when the Fairy Godmother waves her wand and fireworks explode for each of the nine waves of the event (including for athletes in racing-style wheelchairs). 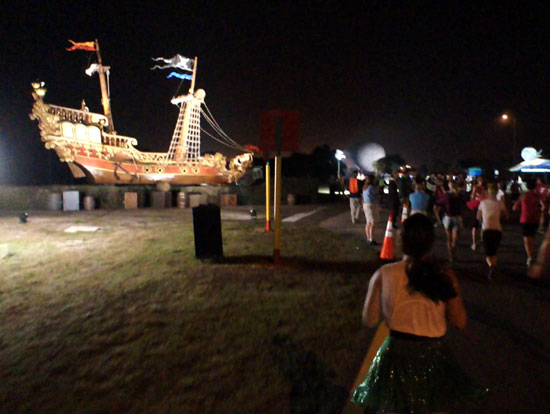 Both sides of World Drive are closed to vehicle traffic, and this year the median saw the return of the Pirates of the Caribbean sailing ship, normally seen in Magic Kingdom parades. In distance you may see what looks like Spaceship Earth. It is actually a hot air balloon Disney has used for many years in various locations across the country to promote Epcot. 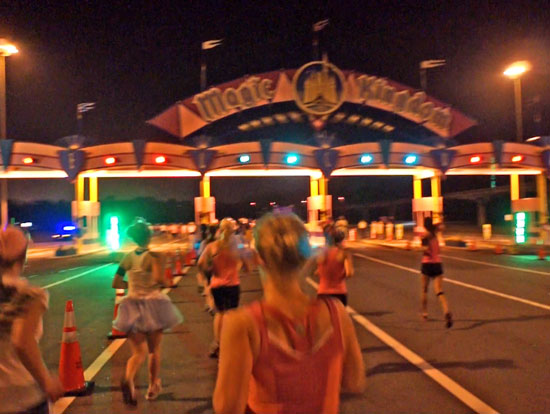 Frequent visitors to the Magic Kingdom are familiar with the auto plaza. But how many have actually gone through it on foot? 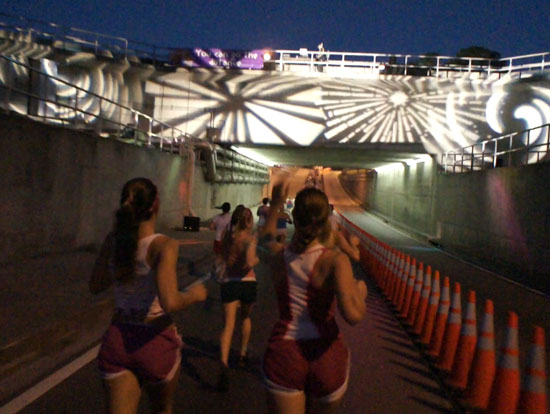 For the first time ever the water bridge to the Contemporary had character lighting, and nightclub music pulsated as you ran under the water. It was pretty cool! 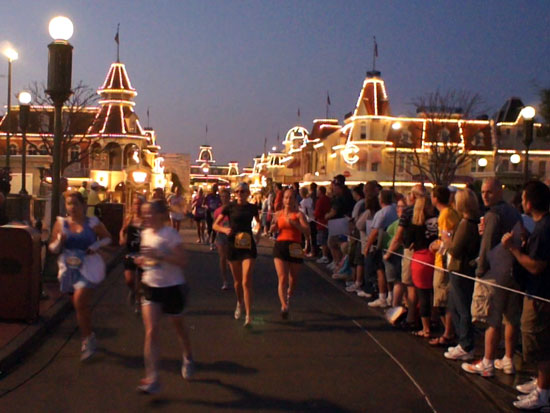 The lead pack of athletes ran through the Magic Kingdom during the twilight before sunrise. 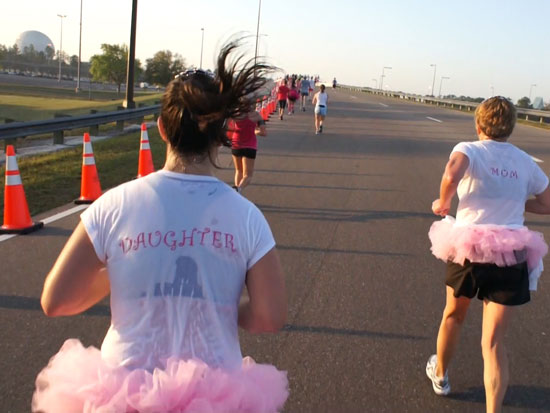 Among the many interesting ladies I met this year was this mother and daughter who ran the whole race together. 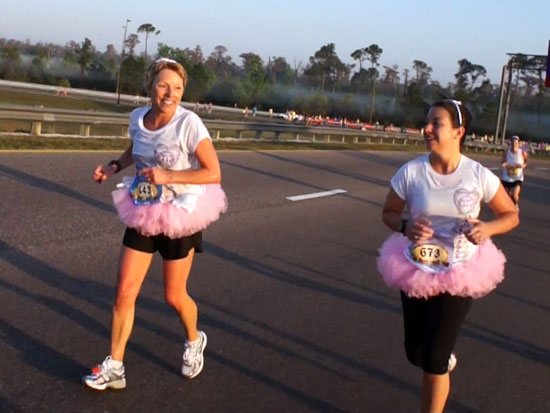 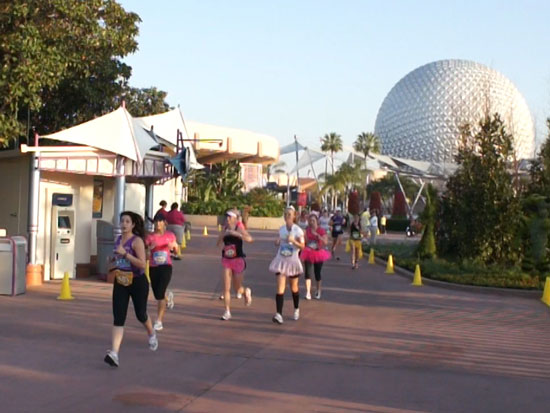 The last leg of the half marathon is down and back through the center of the Future World section of Epcot. 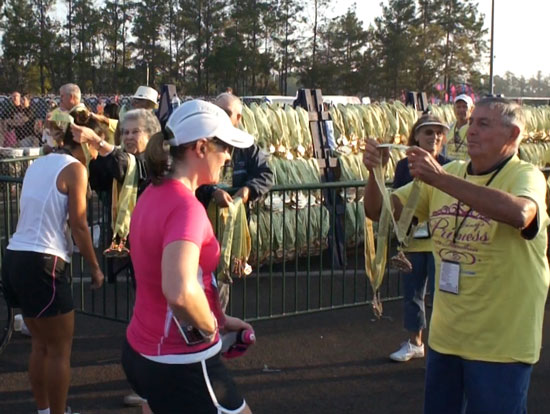 Waiting after the finish line is a beautiful jeweled finisher medal. 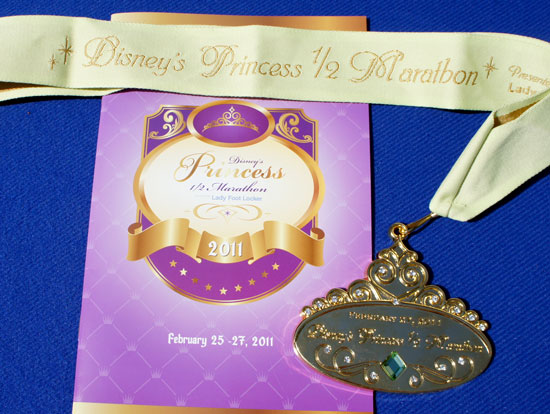 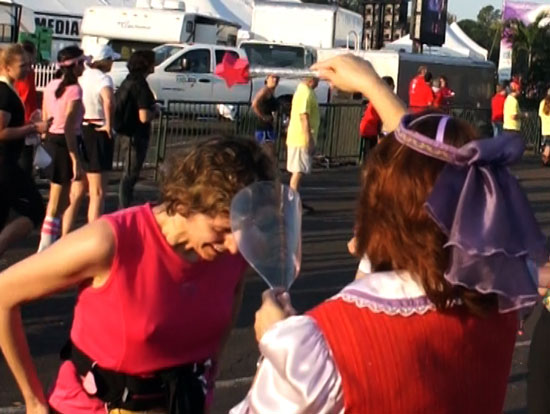 You also can be pixie-dusted after finishing by a Bibbidi Bobbidi Boutique lady. 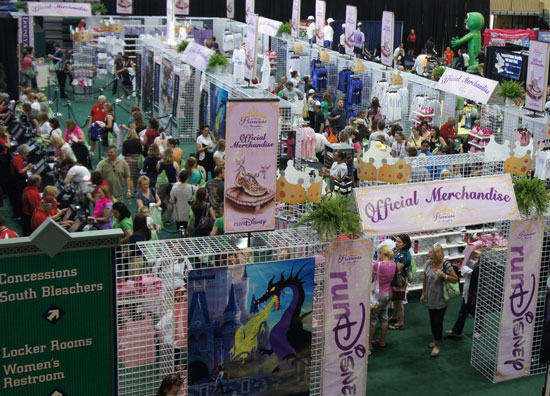 The race expo at the ESPN Wide World of Sports Complex had some interesting merchandise. 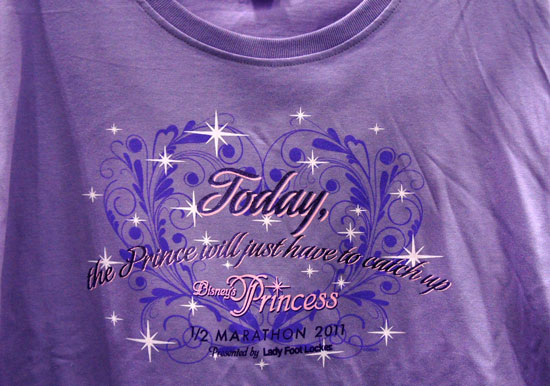 This fun T-shirt was for sale. 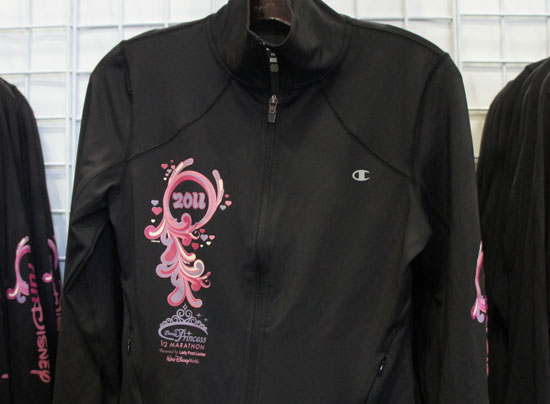 A jacket for even chillier mornings. 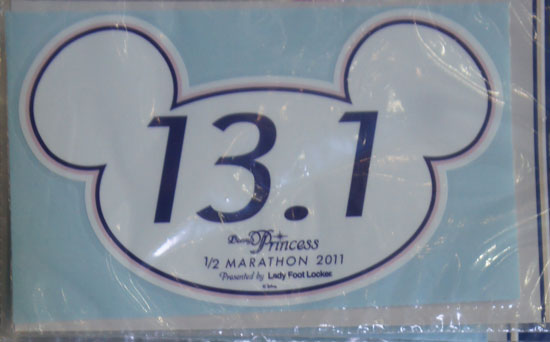 A sticker for your car. 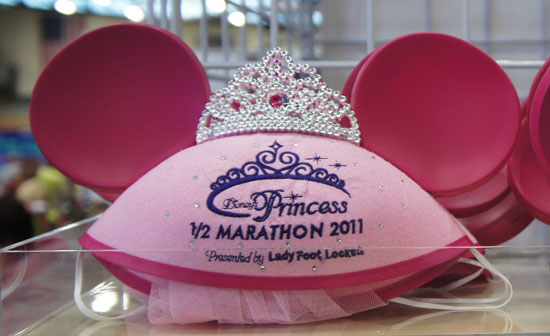 Official half marathon tiara and ears.

The weekend also included a Beauty and the Beast Royal Family 5K and Disney’s Royal Family Kids’ Races. For more from the weekend, watch Episode 14 of Orlando Attractions Magazine – The Show.

PARKsaver: Gaylord Palms ‘Rooms For Good’ offers vacation accommodations and a chance to help out

Disney and Gowalla team to offer a...