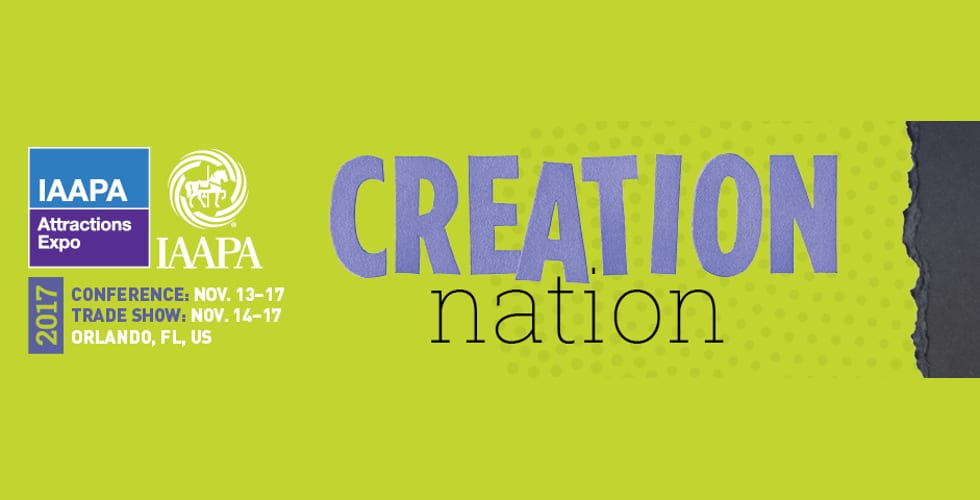 Attractions Magazine will be at the 2017 IAAPA Expo to preview the future of theme parks.

The world’s largest gathering of amusement park and attractions professionals takes place in Orlando next week when the 2017 IAAPA Attractions Expo returns to the Orange County Convention Center on Nov. 13-17.

The International Association of Amusement Parks and Attractions (IAAPA), founded in 1918, is the premier trade association for the attractions industry, representing more than 5,300 attraction, vendor, and individual members from more than 100 countries worldwide. Each year, IAAPA hosts three annual trade shows, including ones in Europe and Asia, but the one held each November in IAAPA’s global headquarters hometown of Orlando is by far the biggest, bringing together a vast array inventors and manufacturers who make everything you might need to build a theme park, from rollercoasters and simulator rides to photo booths and popcorn poppers.

The 2017 IAAPA Attractions Expo promises to be the largest yet, with over 32,000 attendees expected to explore 1,000-plus exhibits across the massive 560,000-net-square-foot trade show floor. This year’s convention begins on Nov. 13, with the expo floor open from Nov. 14 through Nov. 17. Throughout the week, companies will announcing their latest innovations and demonstrating attractions that may be coming to a park near you right inside the convention hall. In addition, there will be educational seminars, networking sessions, and discussion panels with attraction industry legends, including Disney Imagineering’s Joe Rohde and Universal Creative’s Thierry Coup.

Here is a just a small sampling of the new products and concepts that will be unveiled at this year’s IAAPA Attractions Expo:

• SeaWorld Parks & Entertainment will release information on seven new attractions opening in 2018, including the reveal of the raft vehicle for SeaWorld Orlando’s Infinity Falls, and the Gravity Group coaster car for Sesame Place’s Oscar’s Wacky Taxi.

• Dynamic Attractions, the builder behind Soarin’ and Harry Potter and the Forbidden Journey, is debuting a “game-changing” new ride technology using “globally recognized characters and a highly-charged story.”

Attending the 2017 IAAPA Attractions Expo can be expensive: non-members pay $395 for on-site registration ($100 for students). If you can’t attend in person, Attractions Magazine will be on-site throughout the convention, bringing you all the best moments of the event on our Twitter, Facebook, and YouTube channels. We’ll even be recording our next episode of Attractions The Show right at IAAPA, so be sure to check back all week for sneak peeks into the future of themed entertainment. Until then, check out some of our videos from past IAAPA Expos:

I attended this exhibition. It was incredibly interesting. And especially
simulators of virtual reality. It is great. It really seems to you that this is real, but actually you are standing in the office among your friends. I am from Melbourne, in our city virtual reality is very popular, for this there are many places. How the world has changed over the past 10 years, I still remember Atari, ha ha. Then I could not even think that I would use virtual reality. Like in the movie The Matrix, I like this movie. Do you like VR games?

10 holiday decorating tips from experts at...