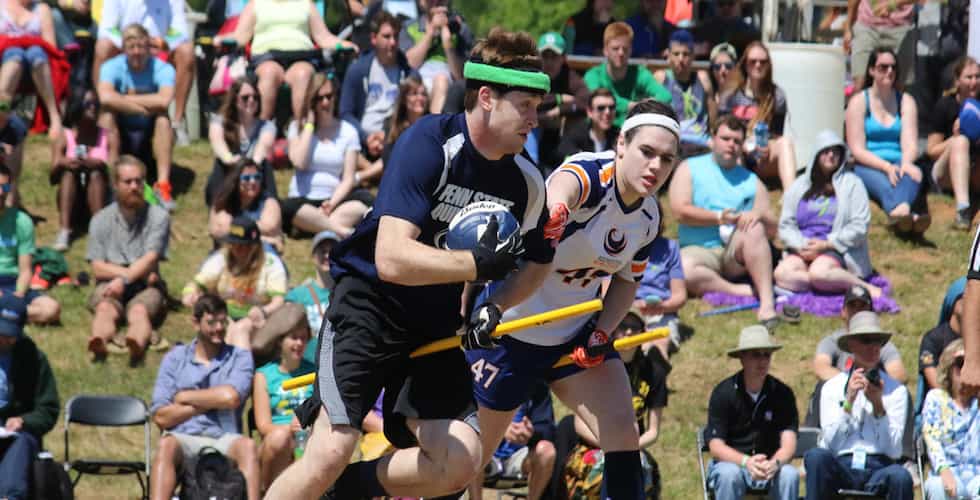 The 10th annual U.S. Quidditch Cup is being held at Austin-Tindall Regional Park in Kissimmee, Fla. this year, from April 8-9. The Quidditch Cup is United States Quidditch’s most important event in their competitive season. Hosting 60 teams, this is the largest Quidditch event of the year.

The 60 teams competing have qualified through regional games, and each team is in pursuit of being titled the National Champions at the U.S. Quidditch Cup 10.

Quidditch is a co-ed, full contact sport based upon the original sport from the “Harry Potter” series written by J.K. Rowling. It has elements of basketball, dodgeball and rugby all combined to create an intense and chaotic sport. And yes, the athletes do play with brooms between their legs at all times.

U.S. Quidditch was established in 2010 and is the governing body for the sport. The organization creates events and game tournaments to build community and camaraderie through a sport based upon a story many grew up loving.

To purchase your tickets and find out more about the U.S. Quidditch Cup 10, visit usquidditchcup.com/.

Celebrate the holidays in ‘island style’ at...

Halloween Horror Nights 24 to bring back...