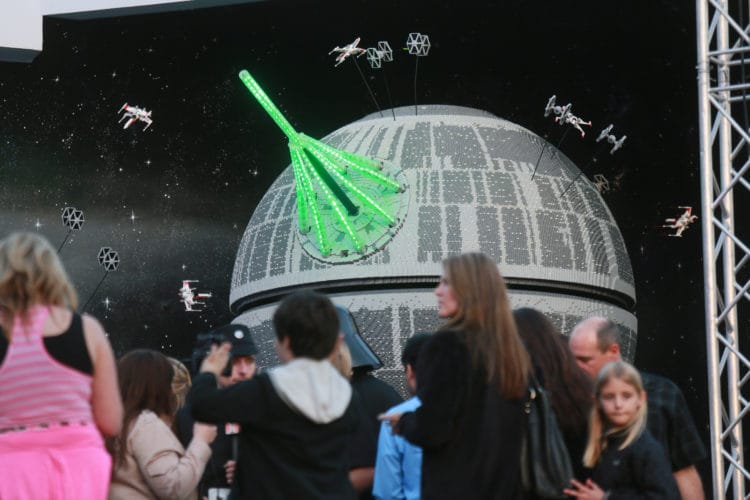 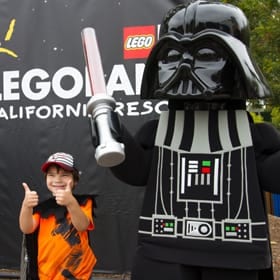 Favorite activities taking place in the Lego Star Wars Miniland Model Display – which depicts seven different Lego Star Wars scenes – include a Scavenger Hunt and Droid Hunt, where guests of all ages receive participation badges (while supplies last) and are asked by Imperial personnel “How long have you had these droids?” Guests may answer in exchange for a raffle ticket. One winner each day will receive a Lego Star Wars prize pack and two return tickets to Legoland.

A brand-new Park opening ceremony will kick off the festivities. Guests can meet costumed fan groups throughout Miniland and the entrance to the Park, Lego Darth Vader, plus a brand new meet and greet character: Lego Captain Phasma. Other new activities include a Landspeeder build and the Use the Force Challenge, where competitors are blindfolded and race to build the best creation. 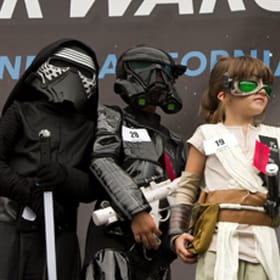 In addition to meeting their favorite characters from the Star Wars universe, guests can participate in Family Build Challenges and Costume Contests. Registration for the costume contest is from 10 a.m. to 3:30 p.m., with the contest itself held at 4 p.m. Guests can also receive collectable posters, buttons and experience the Lego Star Wars Fan Gallery on the Model Shop rooftop.

The Lego Star Wars Miniland Model Display and Lego Star Wars Days are included in the cost of admission to Legoland California Resort. For more information visit legoland.com/california and watch these videos from the park:

Properties that most likely won’t return to...