Universal Orlando has revealed details about their New Year’s Eve festivities across the resort, giving guests multiple ways to ring in 2019.

Celebrate the New Year with plenty of festivities at Universal Orlando Resort!

EVE at Universal CityWalk is the ultimate New Year’s Eve party for guests 21 and up. This separately ticketed event includes an unlimited selection of gourmet dishes, access to six CityWalk clubs with live bands and DJs, and a champagne toast at midnight underneath a display of pyrotechnics and confetti bursts. 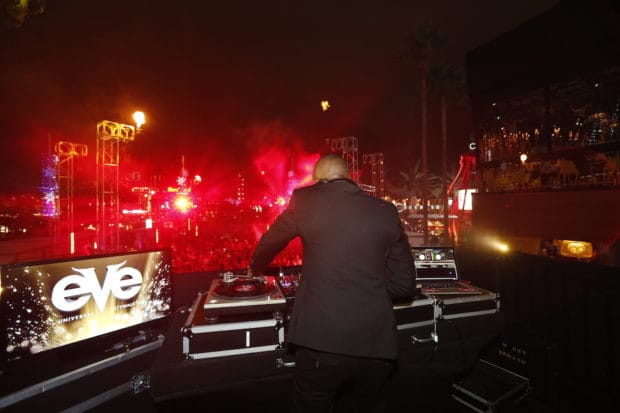 Tickets are now on sale for EVE, starting at $109.99. Special offers are available, such as $30 off tickets bought before Dec. 15, as well as a discount for Annual Passholders. VIP ticket packages are also available, which include two complimentary drinks, additional premium food options and a private viewing area for the pyrotechnics display.

Guests can also ring in the new year at Universal Studios Florida, as the Music Plaza Stage and Central Park areas will transform into party zones featuring live music, NYE party favors, Universal Orlando characters and more. The new lagoon show, Universal Orlando’s Cinematic Celebration, will cap off a day in the parks, with a pyrotechnics display at midnight.