Better tie up your sneakers with Vibranium laces, because this summer’s fourth annual runDisney Virtual Series will be themed around celebrating 80 Years of Marvel.

Registration opens on runDisney.com at 10 a.m. on May 7 for the Marvel Comics-inspired 2019 runDisney Virtual Run event, which goes from June 1-August 31. RunDisney Virtual Series participants can run, jog or walk, either on a treadmill or outside, and can take part solo or with friends and family. 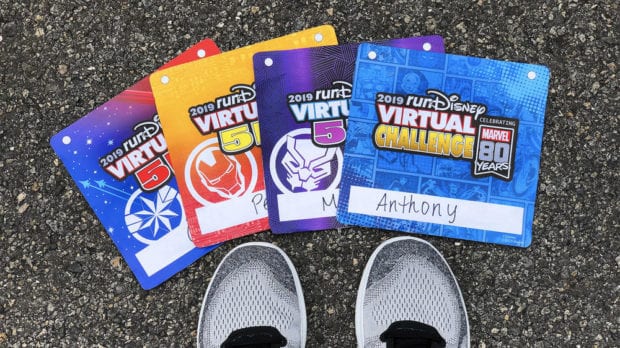 Participants may choose from three different Marvel-themed 5Ks that they can complete at home. Those who sign up to participate in all three can earn a bonus Challenge medal. In addition to a medal, participants in the 2019 runDisney Virtual Series receive a digital race bib and a finisher certificate. There will also be a commemorative item for Challenge participants, which will be revealed at a later date.

For more information about runDisney events, visit rundisney.com and watch these videos: