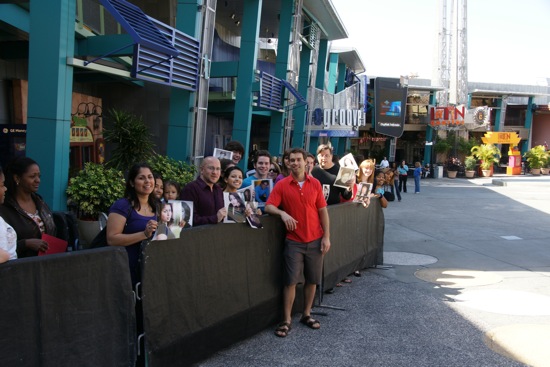 Guiding Light star Murray Bartlett (Cyrus on the show) poses with some of his fans and TV hopefuls during the open casting session yesterday (March 7, 2009) in CityWalk. About 300 people showed up to audition, some with their headshots in hand.

Cast and crew will be in town taping scenes throughout Universal Studios, Islands of Adventure and CityWalk from March 16 to 21. The scenes will air over multiple episodes in mid/late April 2009.

The story surrounding the trip focuses mainly on Bill (Daniel Cosgrove) and Lizzie (Marcy Rylan) as they try to rekindle their love. Bill wants to give Lizzie the childhood she never had as a Spaulding, and whisks her away to Universal Orlando Resort. But Lizzie’s family and friends are never far behind.

The cast will also host autograph sessions and make a special appearance on a float in the Mardi Gras parade on March 21. 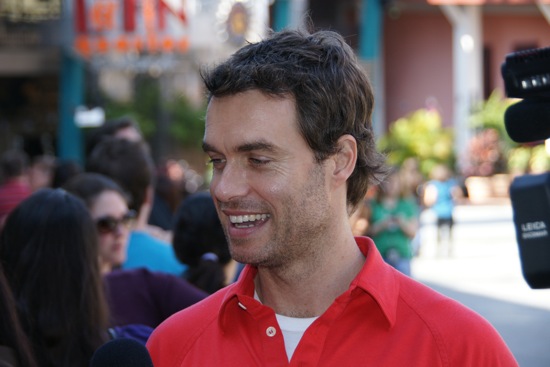 Stars in the Parks: Larry the Cable...