A look at Downtown Disney's first ever benefit sale – Photos/Video 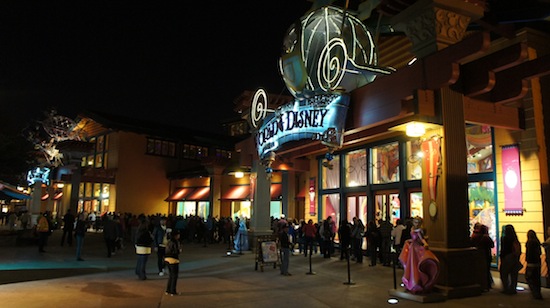 Disney held their first ever fund raising sale throughout Downtown Disney early Saturday morning to benefit the United Way. Entitled The Benefit Sale, shoppers purchased entrance vouchers for $5 in advance and exchanged them for wristbands on arrival.

The event began at 5:30 a.m. and hundreds were line by 5 a.m., in the darkness, well before dawn. Combined with the chill from one of the season’s first cool mornings, lining up at the stores seemed an awful lot like getting in line way too early in the morning for day after Thanksgiving sales.

Here’s a quick look around:

The participating stores opened their doors on time. The biggest line was at the World of Disney which seemed like it would have the greatest number of bargains to select among. Some items were at multiple stores, others were unique to a location. For example, Once Upon a Toy had 70 percent off the Space Mountain K’NEX set and they all disappeared into shopping bags soon after store opening.

By sunrise, some shelves were cleared and the sale was winding down. The event continued up to 9:30 a.m., but it was much less crowded at that time as shoppers wound up their bargain hunting and headed home, loaded with bags as bulging and heavy as Santa’s gift sack. 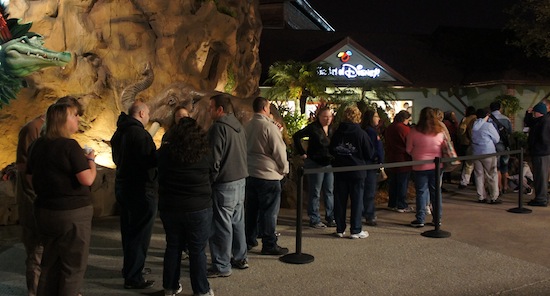 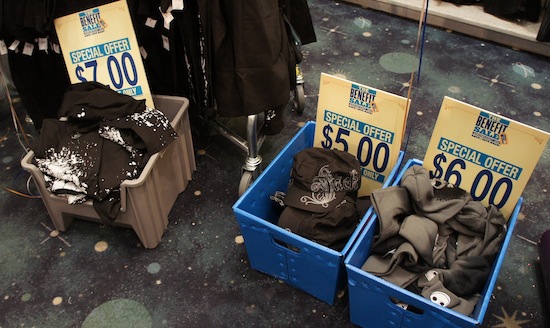 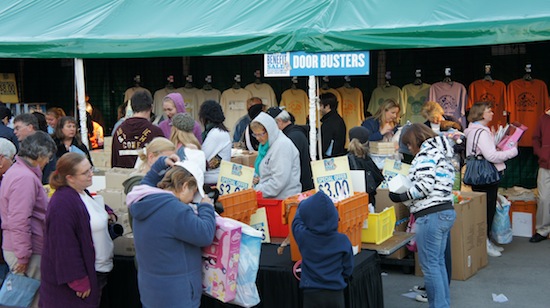 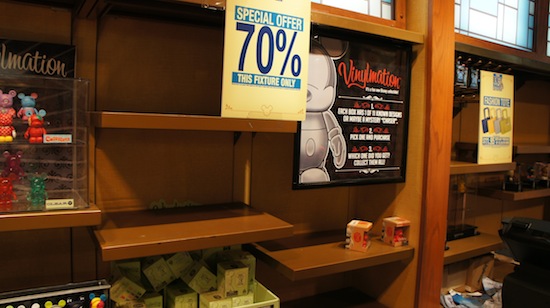 Disney Parks Christmas Day Parade to film at Magic Kingdom on Dec. 3 and 4, 2010