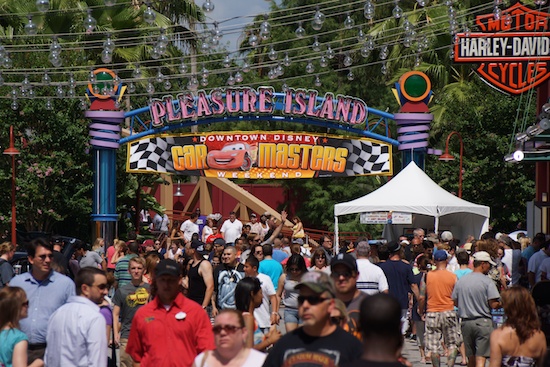 This past weekend, Walt Disney World held the second of what has become an annual car show at Downtown Disney. Car Masters Weekend featured more than 100 classic and custom cars, food, entertainment and more. Let’s take a look:

Let’s start with a video overview: 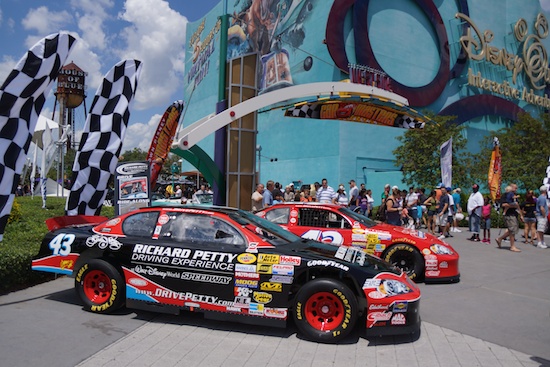 The Richard Petty Driving Experience and Exotic Driving Experience had some of their cars on display. If you’re interested in either (Father’s Day is coming up), check the back page of our Spring issue for a special offer just for our readers. They’ll have a different offer in our upcoming Summer issue as well.

Radio Disney was holding contests and games for kids in the parking lot area. Their Phineas and Ferb wrapped vehicle was on display as well. You may see this vehicle around town and in Celebration where their offices are located. 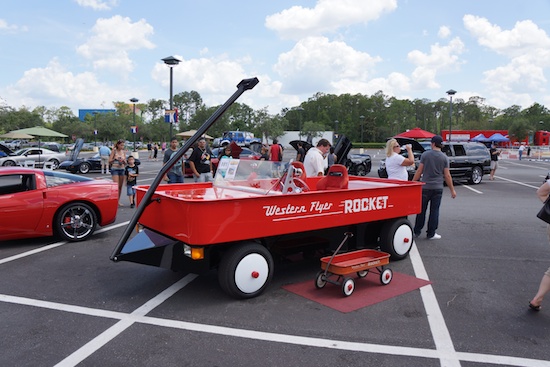 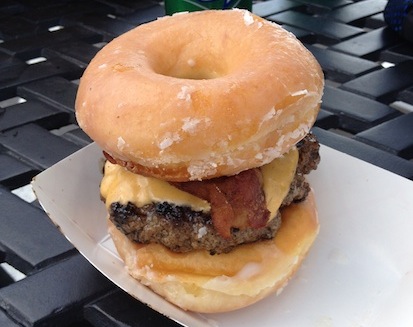 There were a few food trucks selling items like BBQ and tacos spread throughout the event. This bacon cheeseburger using Krispy Kreme donuts as a bun was for sale at the Treehouse Truck in the parking lot. 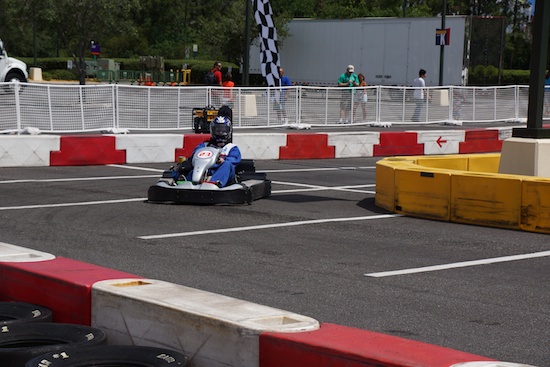 The Richard Petty Experience also had these high performance go-karts available to ride for $20. 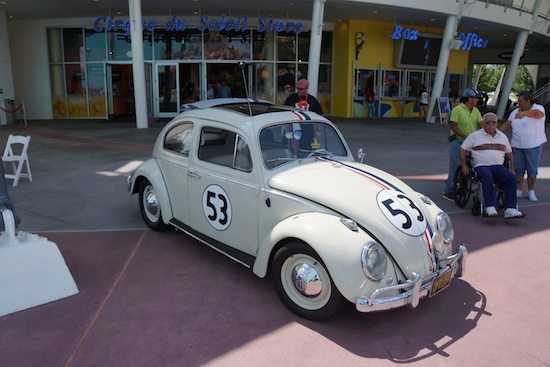 This Herbie would honk, open its hood and squirt water at guests when they walked by. Click Here to see a short video of him in action. 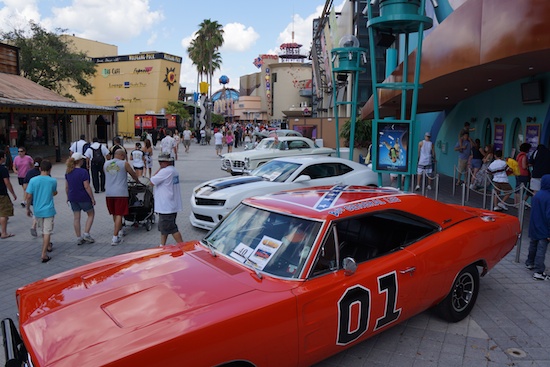 Cars were not only in the parking lot, but also lined up and down the West Side. The event was only held on the West Side, not Pleasure Island or the Marketplace. This is the second of two General Lee’s on display. 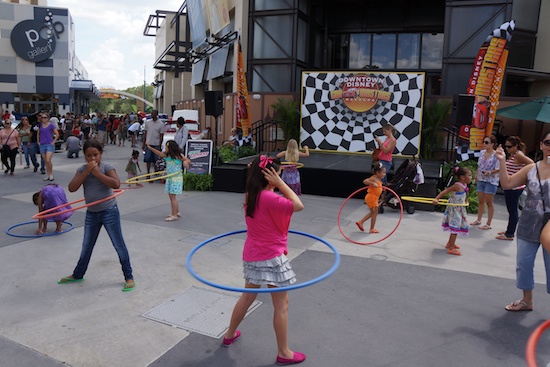 A stage was set up in front of the future Splitsville building. Mix on Wheels was the DJ. Here kids did activities such as hoola-hoops, and talks were held on stage with automotive designer Chip Foose and Pixar’s Jay Ward. 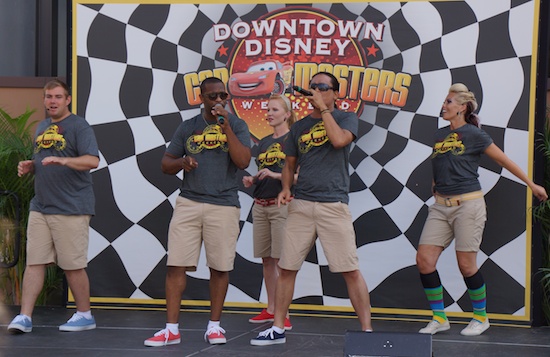 The Car Masters All Stars (AKA Test Track All Stars) also performed on stage. 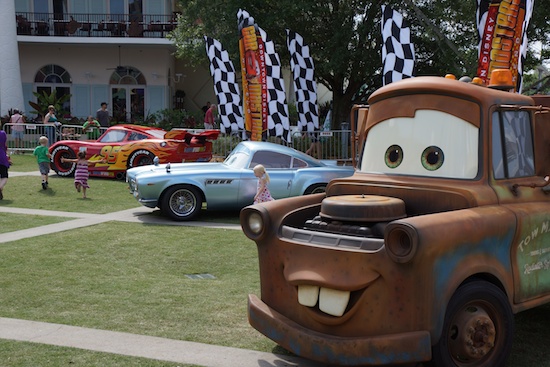 Fans lined up for more than an hour to have their photo taken with Lightning McQueen, Tow Mater and Finn McMissile of Cars. 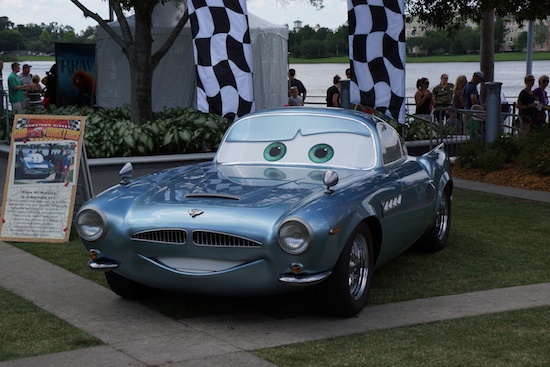 Here’s a closer look at Finn McMissile since he’s not often seen. 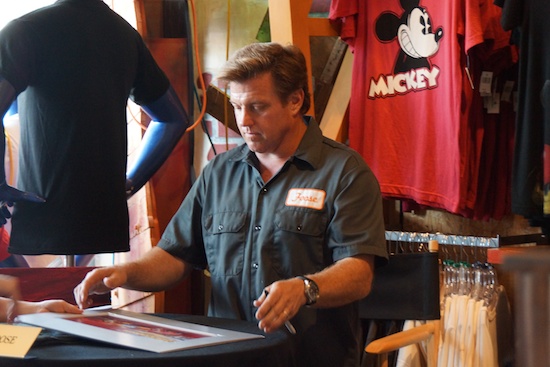 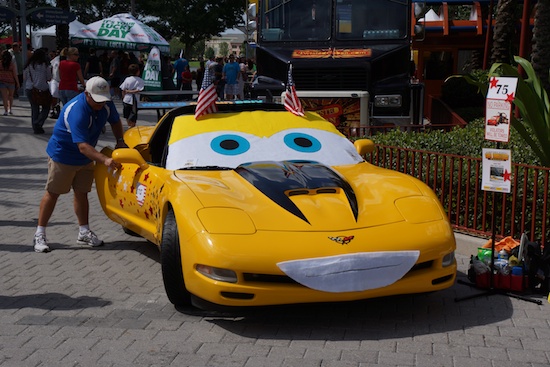 This Corvette on display was given a Cars-like makeover. 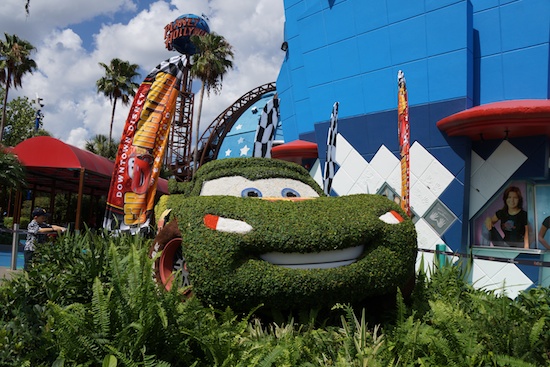 The Tow Mater and Lightning McQueen topiaries that were last seen at Epcot during the Flower and Garden Festival were on display near Planet Hollywood.

Thanks for the Mix on Wheels mention! Great photographs, can’t wait to do it again next year.

Out of the Loop: Legoland Hotel in...