A look at what Orlando’s theme parks have planned for July 4, 2011 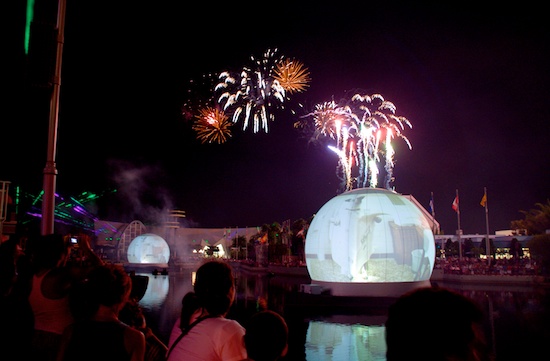 Central Florida’s theme parks will be crowded on the Fourth of July. In fact, Orlando was named the number one destination for the July 4 Weekend by Travelocity. But that doesn’t mean you can’t have fun watching the special events and fireworks shows. Here’s what each theme park is planning for Independence Day.

Magic Kingdom: “Disney’s Celebrate America! A Fourth of July Concert in the Sky” will light the skies at 9 p.m. July 4. The show also will be presented July 3 at 9 p.m.

Disney’s Hollywood Studios: The traditional fireworks take on a different spin when Mulch, Sweat, and Shears perform for the all-new “Rockin’ 4th of July Celebration”! The resident landscapers will take guests on a musical road trip across America that will highlight each region’s contribution to rock and roll. The fireworks, lighting and special effects will be backed by the band’s live rock and roll. Showtime is 9:45 p.m.

Epcot: The nighttime spectacular “IllumiNations: Reflections of Earth” will be enhanced with “The Heartbeat of Freedom,” an overture of traditional Americana themes displayed in a pyrotechnic and laser light event. The show starts at 10 p.m.
In addition, Epcot guests may lend their ears to “Voices of Liberty 4th of July Concert” and participate in meet-and-greets with Benjamin Franklin, Betsy Ross and Disney characters adorned in patriotic dress at American Adventure.

Universal Studios: Live music by local band Blue Stone Circle will be performed all night on the Music Plaza stage beginning at 5 p.m. There will be special patriotic character appearances throughout the evening and at 9 p.m., guests can cap off their day with the Universal360 show, featuring movie highlights and music from some of
Universal’s most-beloved films.
On Saturday, July 2, Trey Songz will be performing live as part of the Summer Concert Series. The concert will begin at 9 p.m. on the Music Plaza
stage.

SeaWorld: In addition to their Summer Nights events, there will be a special Fourth of July “Reflections” show featuring expanded fireworks timed to patriotic music.

Busch Gardens: In addition to their Summer Nights events, on July 2, 3 and 4, there will be a fireworks display following the 9 p.m. Kinetix show.

To put you in the mood, here’s a video from Magic Kingdom’s July 4th celebration in 2008:

Disney's Celebrate America - 4th of July Concert in the Sky

Comparing Main Street in the Magic Kingdom to Disneyland Paris