Comparing Main Street in the Magic Kingdom to Disneyland Paris 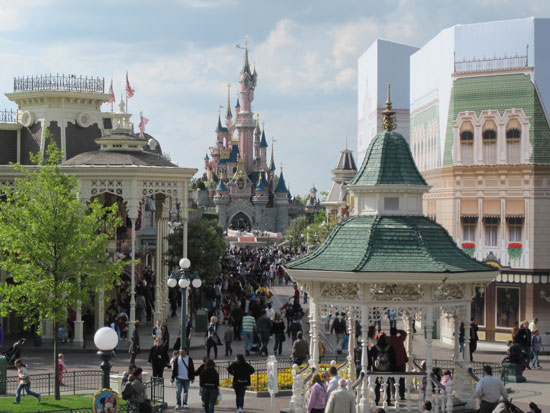 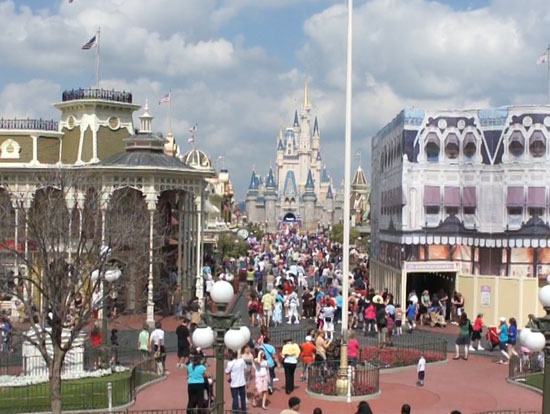 This video playfully and quickly shows how similar, yet different, the two Main Streets are: 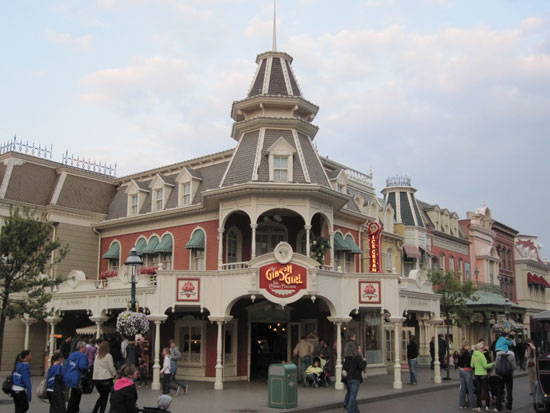 The shops along the two streets sometimes seem very much alike. For example, the two ice cream shops are neary identical. Above is Disneyland Paris and below is the Magic Kingdom. 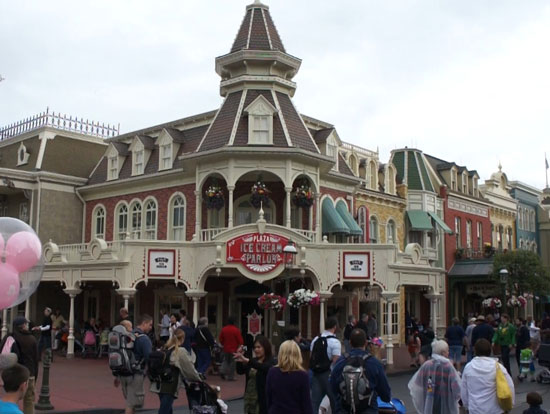 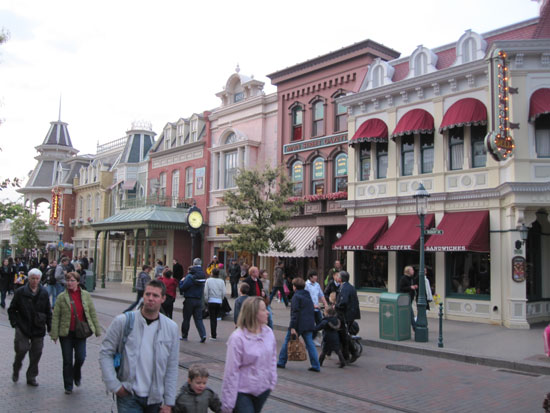 But these two Main Streets are not twins. They are more like siblings that have similar features – maybe 40 percent alike. Above are the shops near the ice cream shop in Paris, and below is the same block area in Orlando. 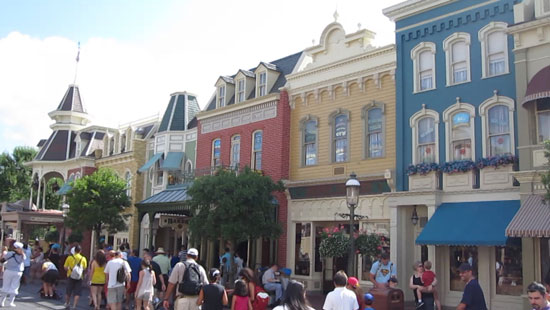 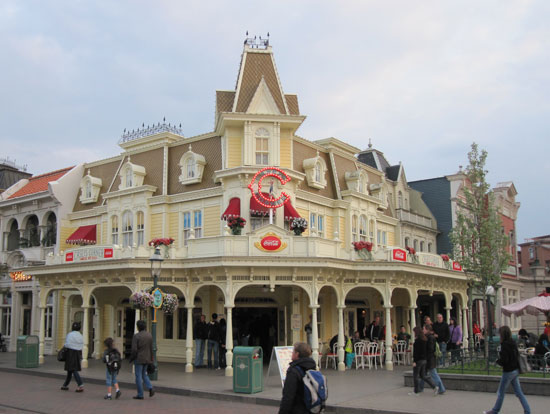 Above is Casey’s Corner restaurant in Paris, below is Casey’s in Orlando. Note the arrow … 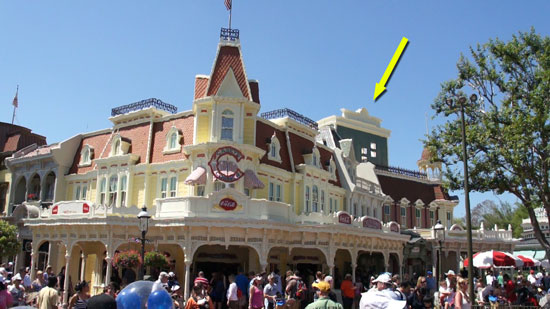 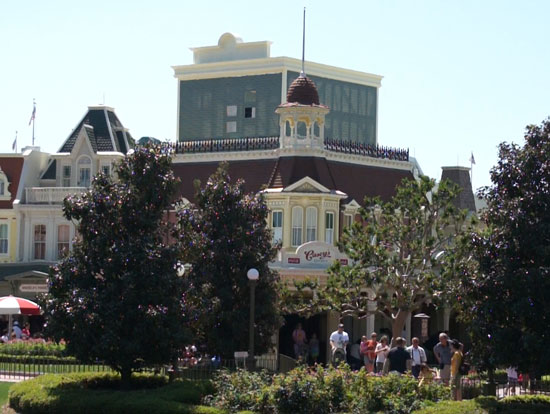 The arrow in the previous photo points to this facade, which temporarily covered the projectors of the new Magic, Memories, and You show at the Magic Kingdom. Things are always changing, will always be tried, always being tested. This test was in place for about a month this year and has since been removed. 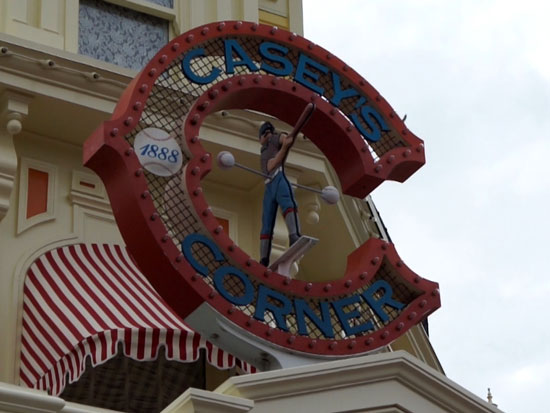 One of the my favorite details on Main Street is the weather vane in Casey’s logo. 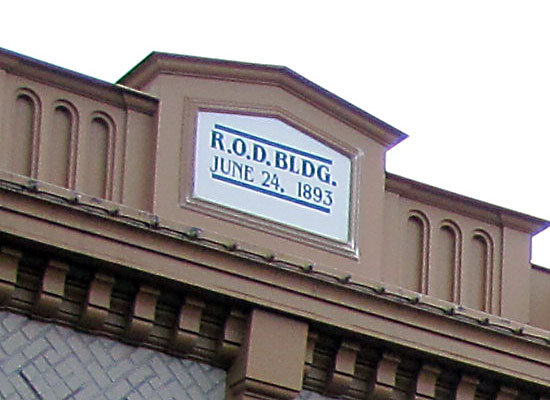 Here’s a detail I just noticed when putting together this blog. This acknowledgment of Roy O. Disney, Walt’s brother, can be found in Disneyland Paris. 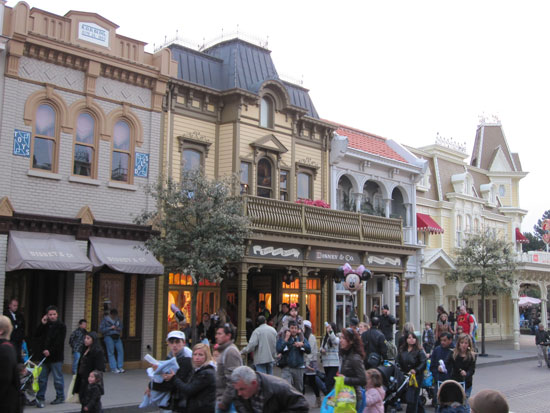 Here’s a shop in Paris. Note the acknowledgment of Roy O. Disney in the upper left. Below is the same block in Orlando. Note how in Paris there are blue signs, “Toys”, next to the windows but Orlando doesn’t have this detail. 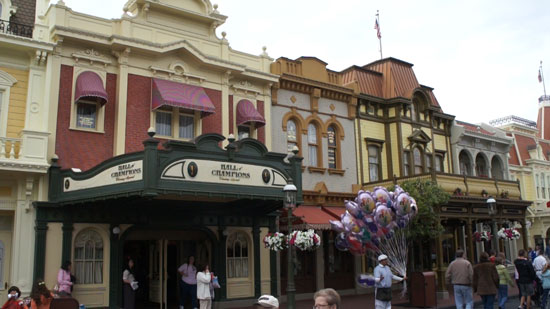 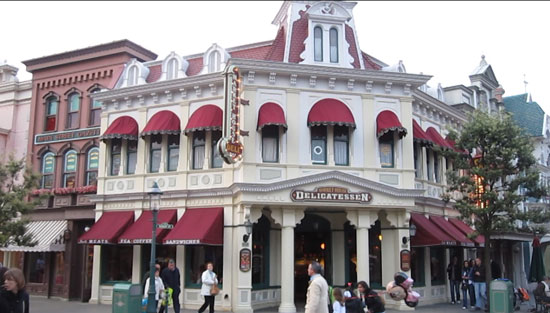 Across the street now, to the Delicatessen in Paris. Below is the same shop in Orlando, similar, but different. 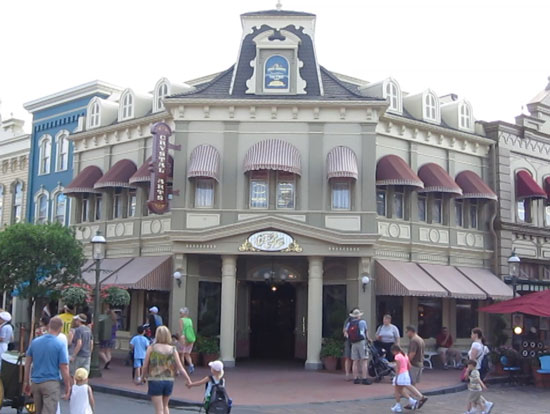 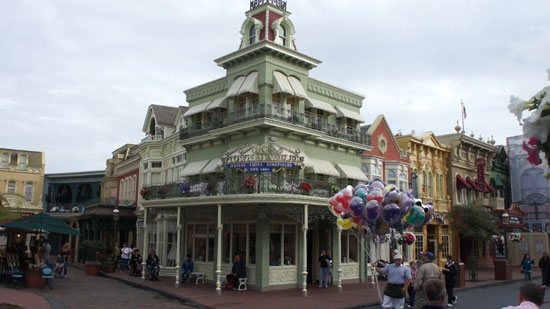 In the opposite corner of this intersection is a Jewelry shop in Orlando (above). In Paris, there is a motor cars shop. 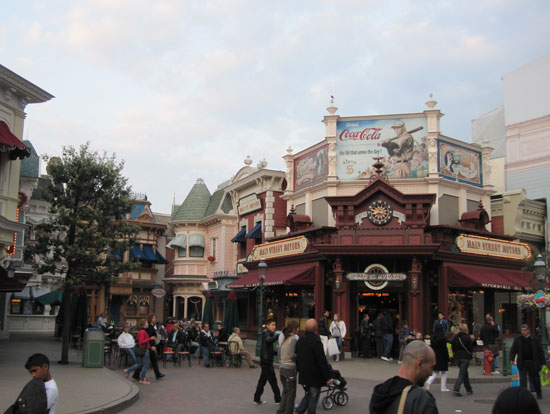 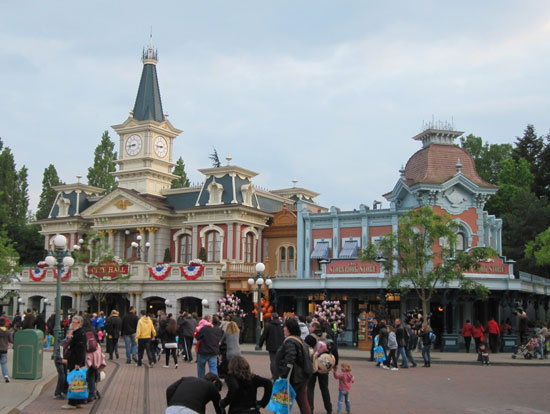 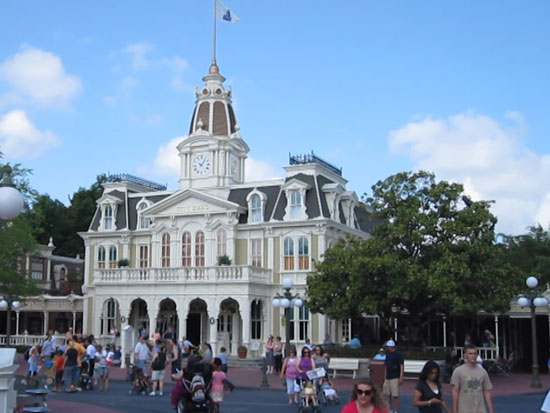 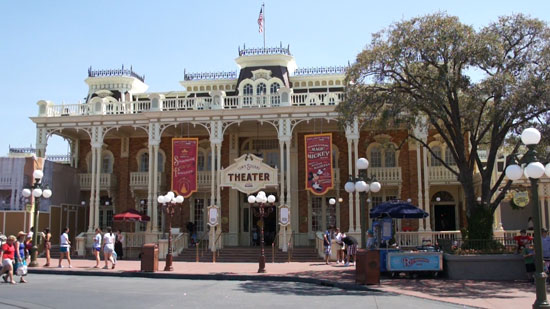 Above is the opposite side of Town Square, in Orlando, where you can now meet Mickey Mouse. Below is the same area of Town Square in Paris. 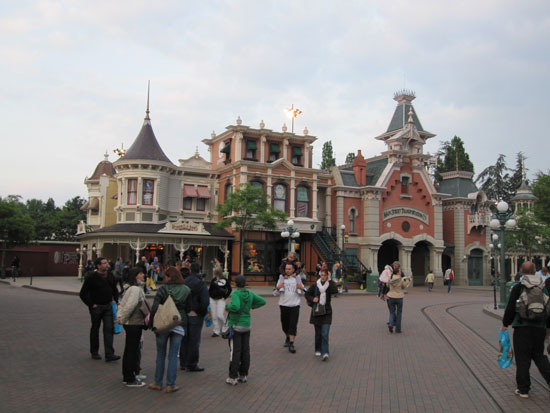 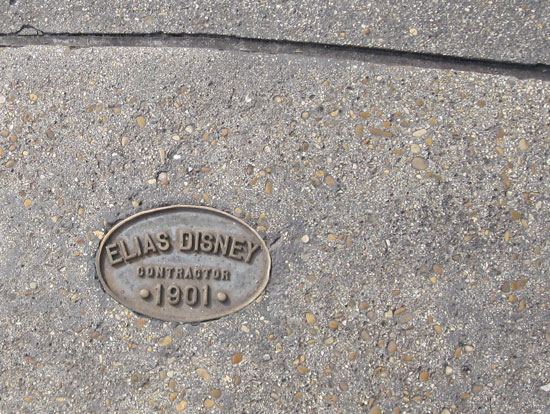 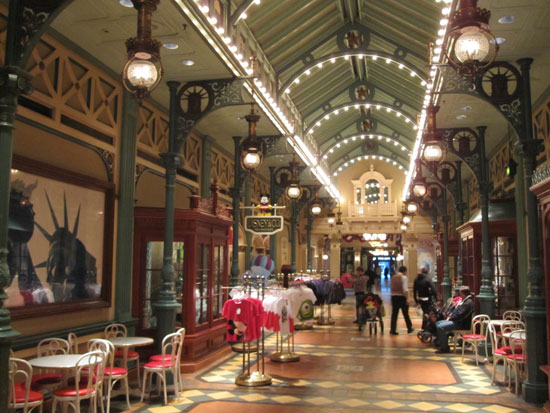 We’ll end the comparison with this really cool (or, really warm in winter) feature that is only in Disneyland Paris. Open mall-like arcades run behind the shops on both sides of the street. Each section has different theming. 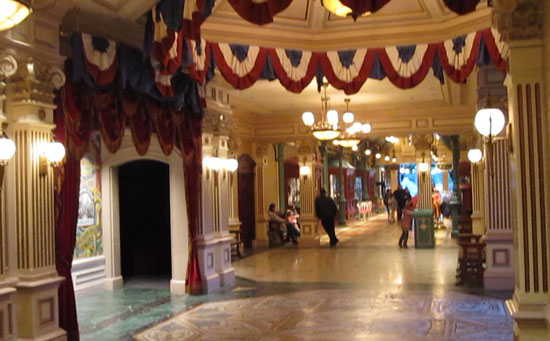 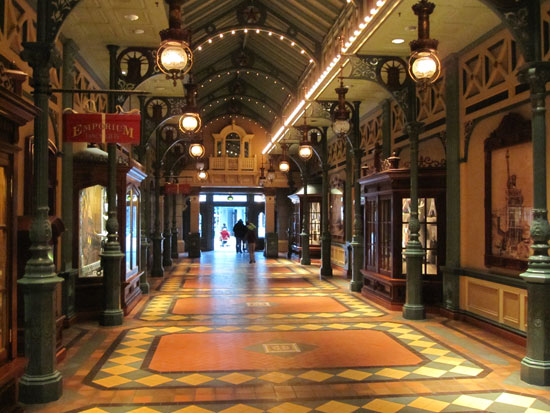 A look at what Orlando’s theme parks have planned for July 4, 2011

Fascinating comparison. While both Main Streets are surprisingly similar, I think it’s clear that Disneyland Paris’ is far more elaborate and believable. Just look at the ground. The Magic Kingdom has tarmac, whereas Disneyland Paris has full paving blocks.

Very cool! It’s amazing how similar they are!

Lovely, now you have made me want to visit again, although where I live it costs something simular to visit WDW. I loved Paris’s Moter Vehicle shop, cute!!