Hundreds of fans flocked to the Magic Kingdom at Walt Disney World before the crack of dawn to kick off One More Disney Day. In honor of Leap Year, on Feb. 29, 2012 the park was open for 24 hours along with Disneyland Park in California, a first for Disney Parks. 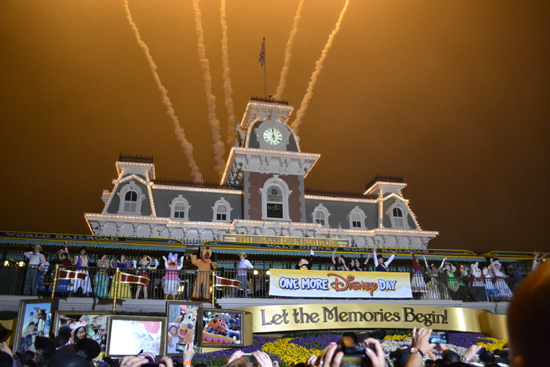 The celebration started at 5:50 a.m. with an special performance of the daily welcome ceremony at the Main Street Train Station. Guests who registered online ahead of time were given One More Disney Day ear hats (while supplies lasted) and buttons. The buttons were given out all day long. 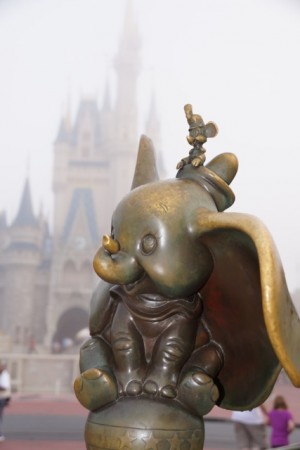 Guests then poured down Main Street U.S.A to find a strong haze of fog over the park. This made for a great photo opportunity as the fog is usually already cleared by the time the park opens. 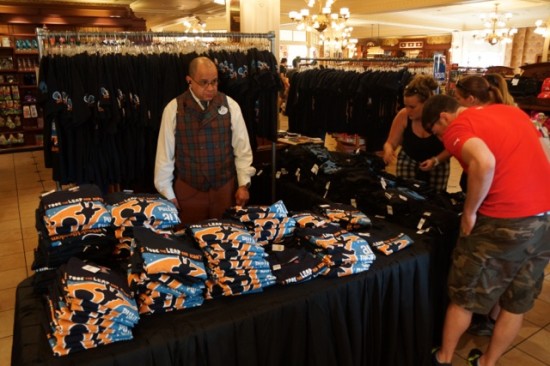 Attractions didn’t have the longest lines for once that morning, guests went straight to the gift shops to purchase commemorative One More Disney Day T-shirts, embroidered ear hats and watches. 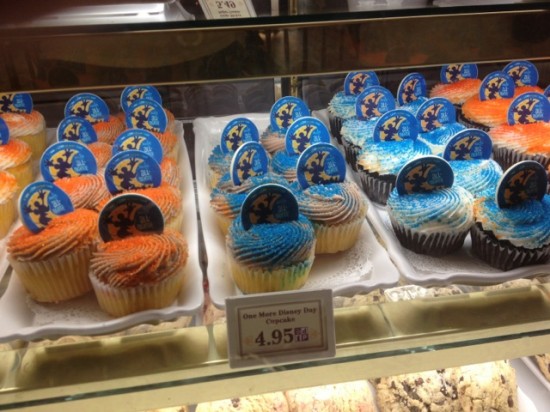 There was also quite a crowd to purchase cupcakes, cake pops and caramel apples decorated for the One More Disney Day event.

The middle of the day continued like a normal day at the Magic Kingdom for the most part. But once the clock hit midnight things started to heat up. 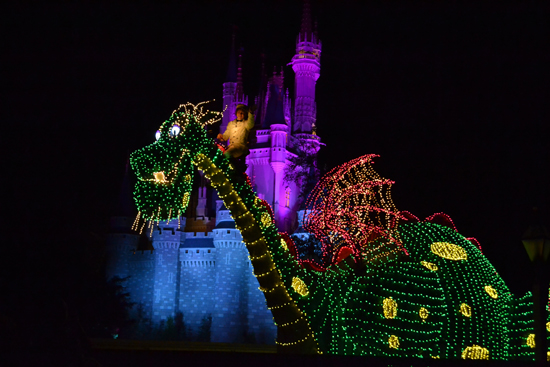 Starting with a midnight showing of the Main Street Electrical Parade, the crowds started to pour in to celebrate the next six hours of fun to come. 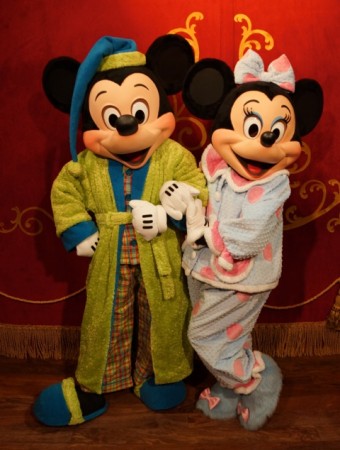 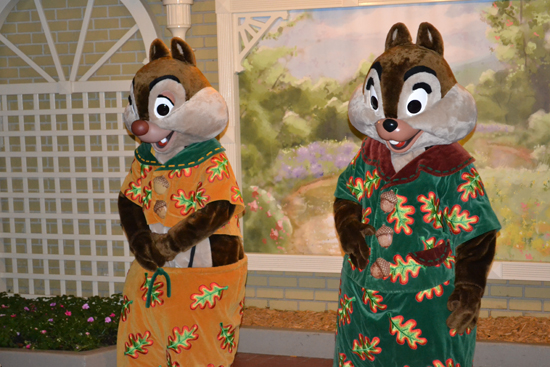 Chip and Dale were also in their pajamas meeting and greeting next to City Hall on Main Street. 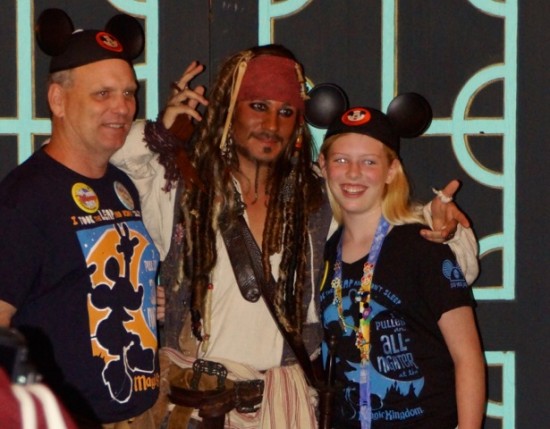 Jack Sparrow was signing autographs and meeting guests in Adventureland right next to the Pirates of the Caribbean ride. 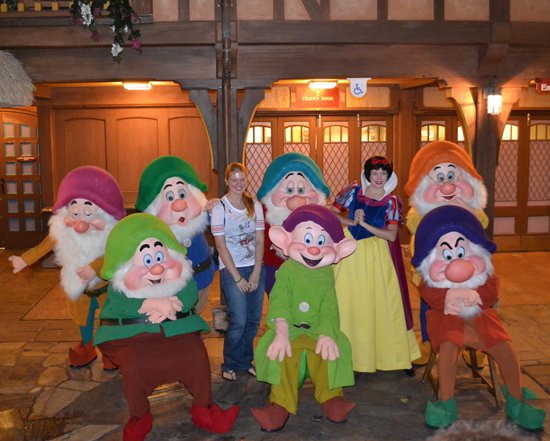 Snow White and all Seven Dwarfs usually only meet and greet during special events. But on this night they were in Fantasyland. 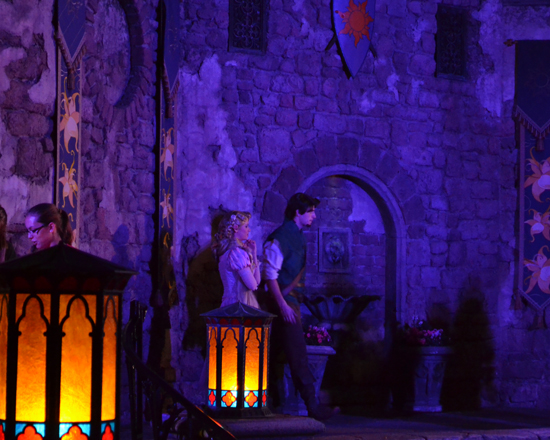 Rapunzel along with the now rarely seen Flynn Rider were meeting in the Fairy Tale Garden. Their line was as long as three hours during the day. 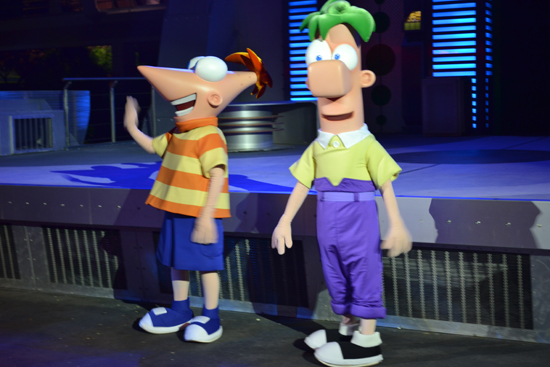 Phineas and Ferb were in Tommorrowland. Guests can normally only meet them at Disney’s Hollywood Studios. 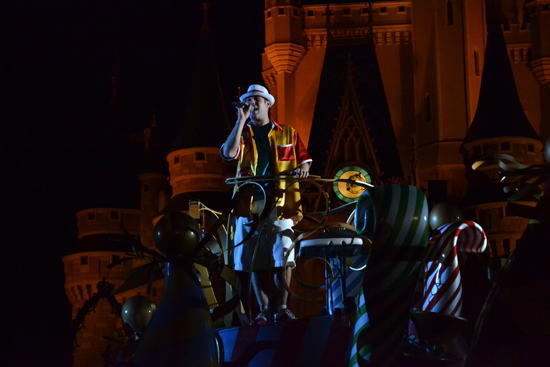 At 1 a.m., three Move It, Shake It, Celebrate It floats rolled in down Main Street U.S.A and parked in the Hub for a “Dance the Night Away” party. The party continued all night. Click Here for a quick video from the party. 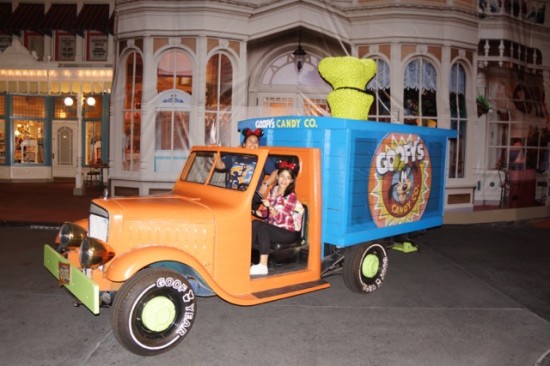 Some Main Street transporation vehicles were available for photo opportunities with guests along with the Goofy Candy Co. truck from the Boo To You parade.

The Frontierland Hoedown had a few special nighttime performances as well. 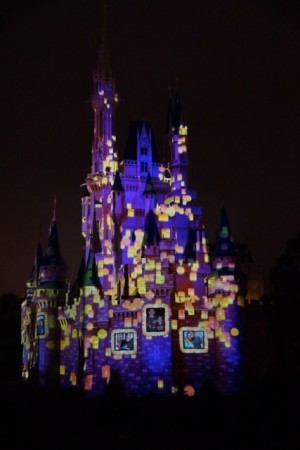 The Magic, Memories, and You! projection show was presented multiple times throughout the night with the last one at 5:30 a.m. 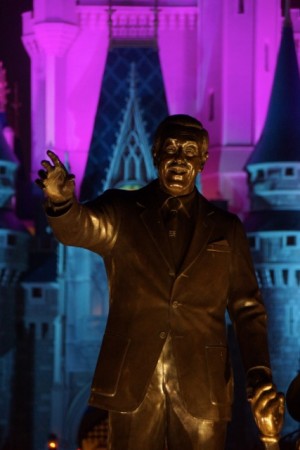 At 6 a.m. the Magic Kingdom closed after a straight 24 hours. Many guests waited until exactly 6 a.m. to start heading out of the park. Many guests spent all 24 hours in the park and a few even visited both Magic Kingdom and Disneyland.

Be sure to watch episode 66 of Orlando Attractions Magazine – The Show for our video coverage of One More Disney Day.

Stars in the Parks: Ashley Greene and...

2024 itineraries announced for Adventures by Disney...