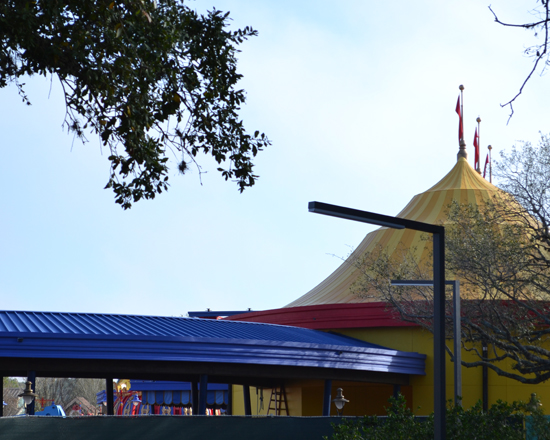 There are a lot of details showing up all over the new Fantasyland expansion at Magic Kingdom as the Storybook Circus’ late March opening nears. Above is the view of the new Dumbo attraction where awnings have been added and details have been added to the big top. 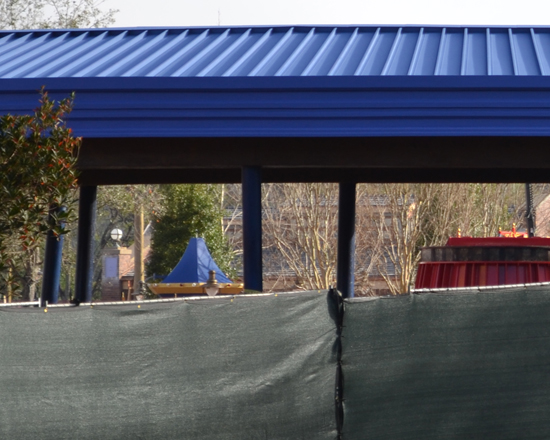 The old Dumbo spinner base hasn’t seen much progress but a new tent that looks like a ticket booth has been revealed. 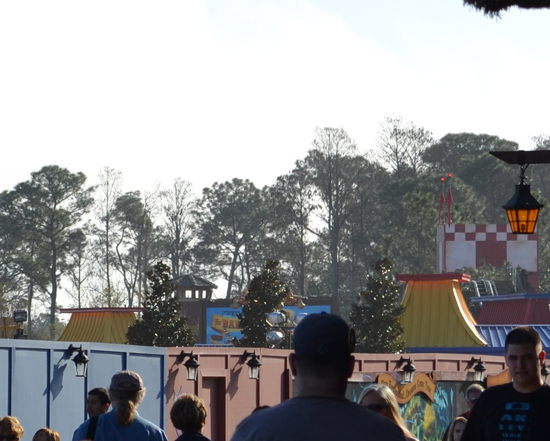 The entrance for Barnstomer featuring The Great Goofini has been put up. 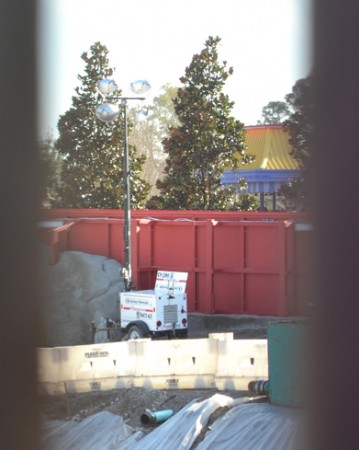 This is a closer look at the new awning added to the entrance of the new Dumbo attraction. 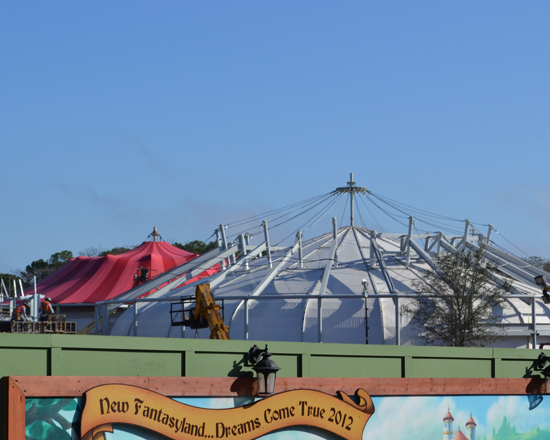 The second tent has received its colored outer tent. The first tent is still being prepped for its outer tent. 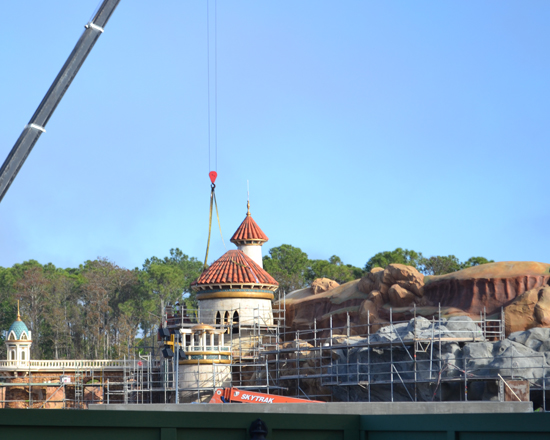 The last topper has been added to Prince Eric’s castle which will house The Little Mermaid ride, set to open this Fall. More rock work has also been added to the facade of the ride. 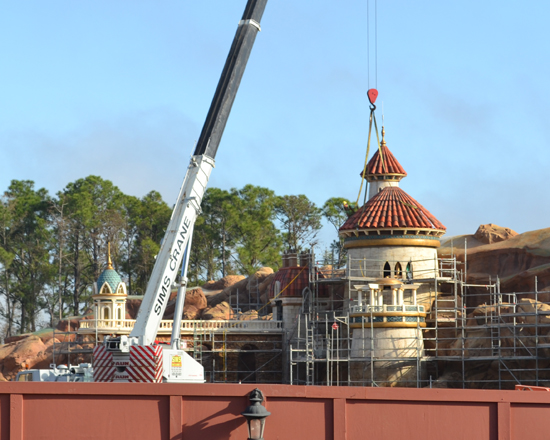 A closer look at Prince Eric’s castle shows many details on the arches. 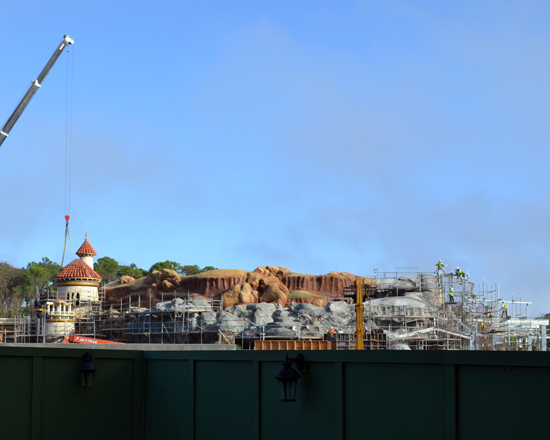 A look at the rock work for the Little Mermaid building which is being extended to cover the show building. 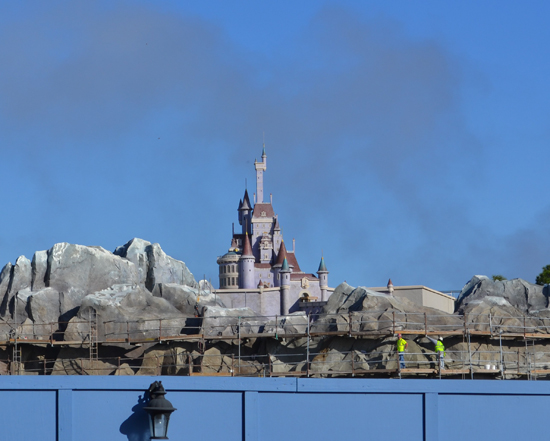 The right side of the wall underneath Beast’s castle has been expanded to match the left side. 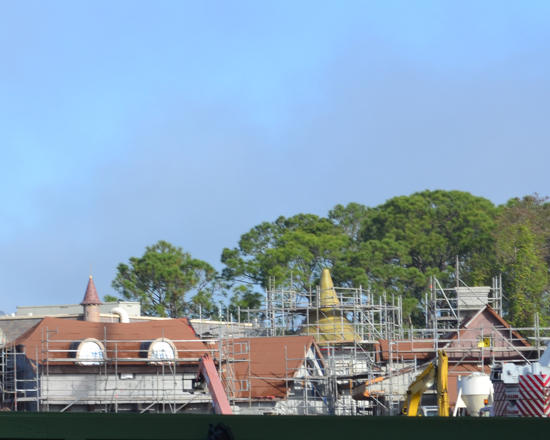 Belle’s Village is progressing nice with more details being added to the roof tops each day. 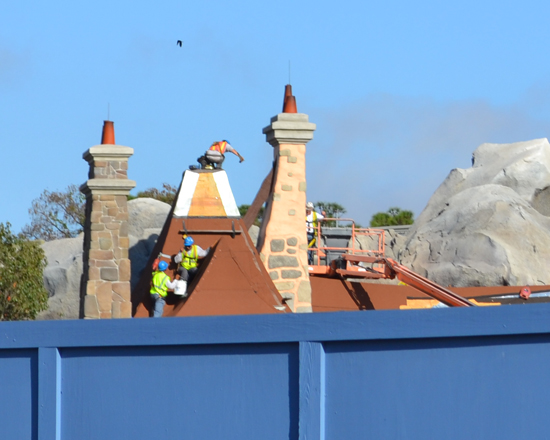 Belle’s House, which will contain the meet and greet with Belle is getting more roofing installed and paint added to the chimneys. 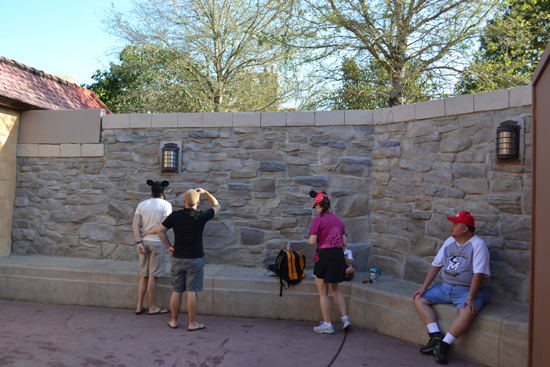 Part of the castle wall which will separate the new Fantasyland from the old Fantasyland has been revealed and looks great. 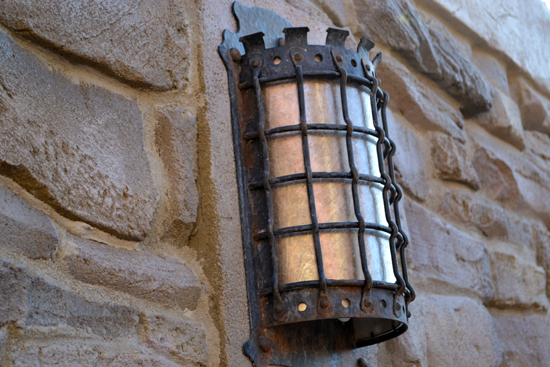 Even the lights on the wall are detailed and they look fantastic. 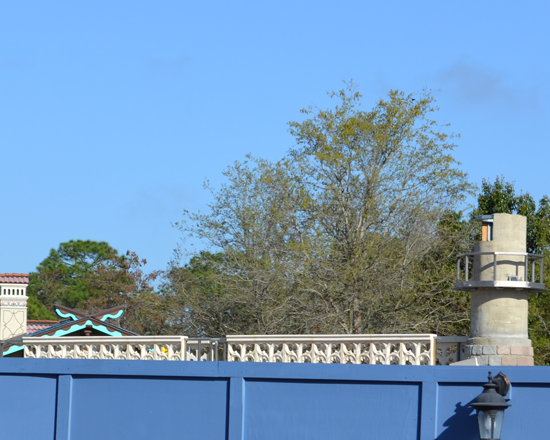 The rest of the castle wall is still being constructed and meshes the new and the old very well. 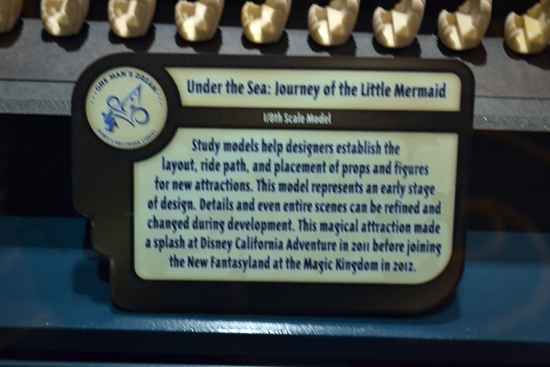 Over at the One Man’s Dream exhibit at Hollywood Studios they have a model of the new Little Mermaid ride coming this Fall to Magic Kingdom. 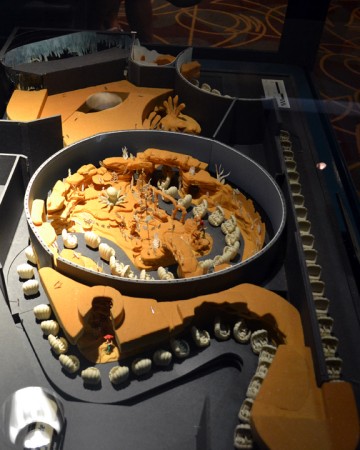 It seems to be the same model they had at the Blue Sky Cellar exhibit at Disney’s California Adventure. Their Little Mermaid ride opened last year. Here’s a ride-trhough. Our version will be much the same on the inside: 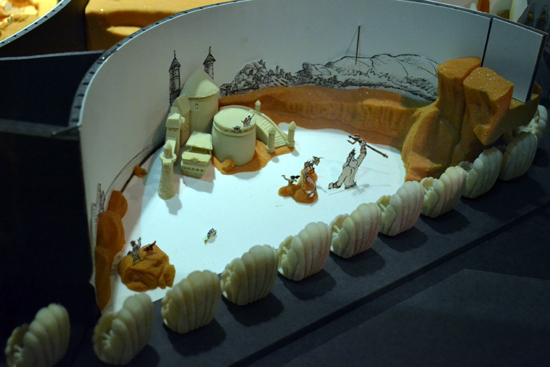 It is very detailed and nice to see now the ride will look once it opens this Fall. Stay tuned for more updates soon on the new Fantasyland.

Thanks – love these posts – very detailed and great insight as always!