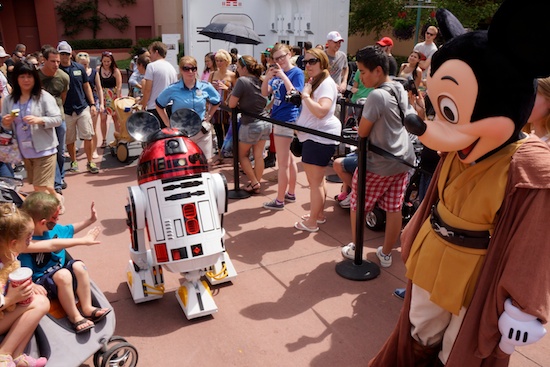 It was a busy, fun day at Disney’s Hollywood Studios on Saturday as Disney’s Limited Time Magic celebrated Star Wars “May The 4th Be With You”. Let’s take a look back in photos and videos. 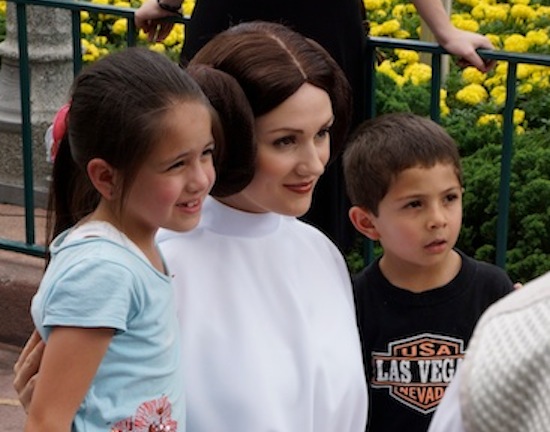 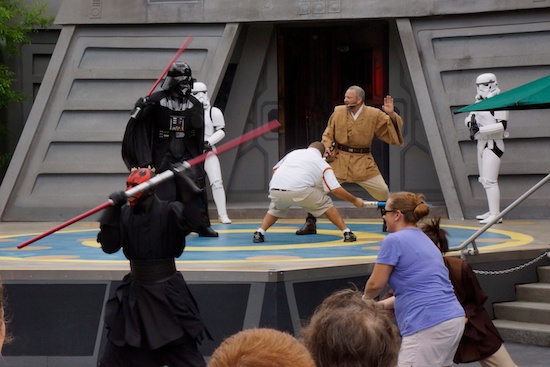 The Jedi Training Academy is reguarly held at the park, but this day’s shows were different. For this one day only, parents were allowed to join their children in learning to fight the Dark Side.

Here’s a full show from May The 4th: 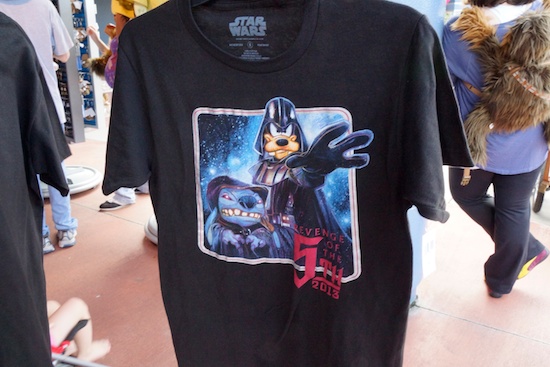 There were long lines early in the day for special T-shirts and pins. This shirt was all that was left in the late afternoon. It was soon sold out too. 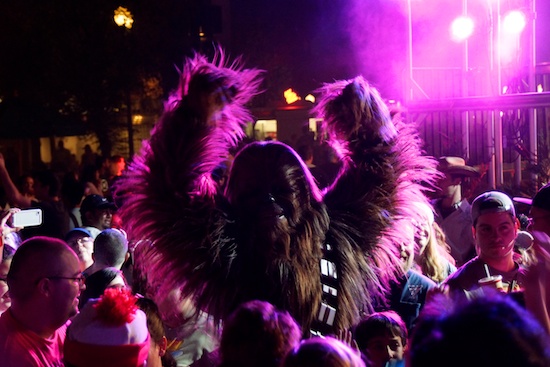 DJ Lobot’s Dance Party started at 6 p.m., took a break for the American Idol finale and fireworks, but otherwise continued until the park closed at midnight. Of course, it wouldn’t be a Star Wars dance party without some of the characters. Various ones came out at different times to dance.

Here’s a video showing almost all of the different characters at the party. Some, like Chewbacca, danced much more than others: 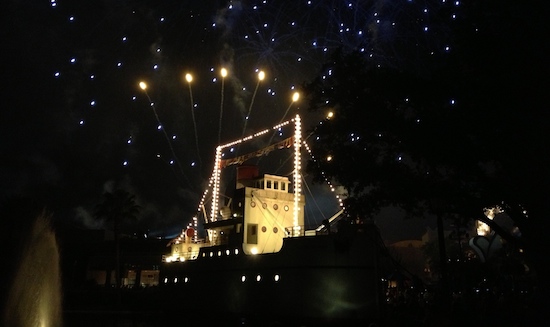 The grand finale was the Symphony in the Stars Star Wars fireworks spectacular. It was similar to the shows they’ve had at past special events, but a bit shorter with some different pyrotechnics. Everyone we talked to that saw it, loved it. See it for yourself here:

Although this seemed like a bit of a preview for Star Wars Weekends (Fridays, Saturdays and Sundays May 17 to June 9, 2013) it’s a bit different. Star Wars Weekends doesn’t include a fireworks show, a dance party or adults in the Jedi Training show. But they have other fun events to fill the days.

For more scenes from Star Wars Day, be sure to watch the May 9, 2013 episode of “Orlando Attractions Magazine – The Show“.

Out of the Loop: A look at Space Shuttle Endeavour at the California ScienCenter

A look inside Storybook Circus as first...