By Simon and Susan Veness

The dream of living at Walt Disney World is coming true for new homeowners at Disney’s Golden Oak luxury residential community, welcomed late last year. Settled comfortably into custom built homes nestled amid natural and Imagineered surroundings, a wealth of benefits is theirs for the taking. Want VIP park passes with private door-to-door transportation, a dedicated concierge to make your dining, events, and recreational reservations, Extra Magic Hours access, and merchandise delivery right to your doorstep? It’s yours. Want your home decorated Disney-style for the holidays or assistance with your grocery needs? Just ask.

Truly, the ability to be “immersed in the magic” 24/7 is part and parcel of this particular purchase.

But that dream comes with an exclusive price tag well beyond the reach of the average Disney fan. Next best thing? How about a day spent living the VIP life, just as a homeowner would? That’s exactly what a small group of media experienced during a preview event at Golden Oak.

As “prospective residents,” dinner with the Golden Oak group in the private dining room at Jiko convinced us there was something seriously appealing about this elegant community. We made an “appointment” to meet the next morning to have a look at the newly-opened model homes. 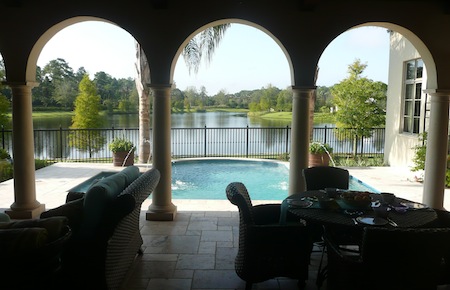 Our day began touring three Village homes, where representatives explained all the options and amenities available, but we ultimately settled on a 6,000 sq. ft. fully furnished Spanish Revival Estate, where our first order of business as Golden Oak residents was to throw a lavish breakfast catered by Disney. Mickey-shaped malt flour pancakes and turkey sausages with dried cherries (branded, of course, with a Mickey icon) to succulent steak medallions, made-to-order omelets, and a vast fresh fruit buffet, insured our first party was a smashing success.

Our private VIP tour guide arrived in a suburban to transport us to our chosen parks, entering via the backstage area for easy access to the attractions we wanted to see. Unlimited FastPass had us on several attractions in quick succession, then it was time for lunch at the private lounge in the Wonders of Life pavilion. 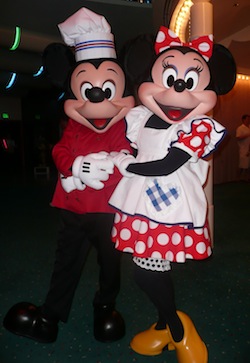 Everyone knows menus are passé; instead we grazed on 13 small-plate offerings before Mickey, Minnie, Donald, Daisy, Chip, Dale, Pluto and Goofy danced their way into the room to the strains of Be Our Guest, and chocolate soufflé with edible gold leaf, was served.

It was off to the Magic Kingdom, then on to Disney’s Hollywood Studios, where backstage access insured we would have time to freshen up before dinner. Tonight’s choice? Oh, why not! We were in the mood for the Contemporary Chef’s Table, happily arranged by Golden Oak’s concierge services.

Because park touring is exhausting work and champagne makes us giddy, we simply sat back and enjoyed the seven-course meal with wine pairings the Chefs’ had prepared for us, starting with “Prison Soup” (semolina bread dipped in tomato-essence water and vodka elixir, complete with tin plate and cup). Next came zucchini and Speck ham fritters in squash blossoms with a tiny tube of wildberry jam, which set the spicy ham off to perfection. Summer greens with heirloom tomatoes, Oregon blueberries in a subtle blueberry vinaigrette arrived in a glass bowl pouring icy mist from its handle, followed by the fish course of Wreckfish in spicy Thai curry with cool jicama and peppadew slaw. 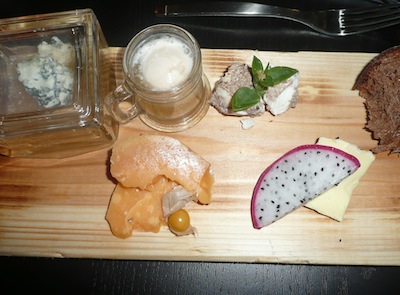 Succulent Wagyu beef filet with wild mushrooms and Zellwood corn spoon bread made up the main entree, followed by a cheese selection finale of smoking blue with honeycomb, aged Gouda, goat cheese with a mint crust, a creamy farmer’s cheese with Dragon Fruit, and a playful Blue Moon Beer Gelato.

We applauded wildly as all of our culinary wishes came true, but the Chefs had a parting gift for us, in case we might get hungry later. Two-tiered tins filled with caramel cakes, ginger marshmallows, hand-crafted chocolates, pretzel sticks, and fresh strawberries with a small tin of chocolate fondue arrived, the tin detailed with the date, Contemporary Chef’s Table and the Golden Oak logo, were sent home with us, including a small LED flashlight to make sure we could see the deepest reaches of our tins, and little wooden tongs to daintily extract each goodie.

But there were wishes yet to be granted. We boarded a private pontoon boat and ended our day as millionaires, watching Wishes fireworks over Cinderella Castle while bobbing gentle on the waves of Seven Seas Lagoon. Life, indeed, was Golden.

To see how you can join the VIPs, visit disneygoldenoak.com 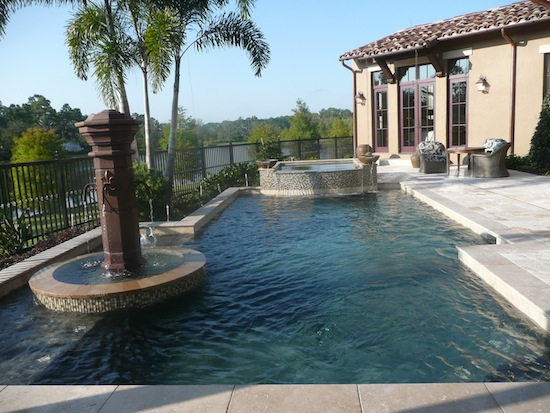 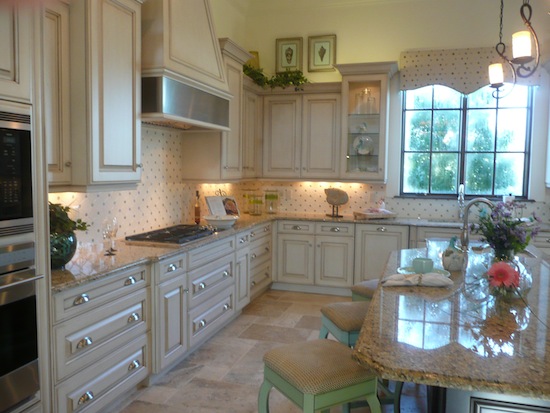 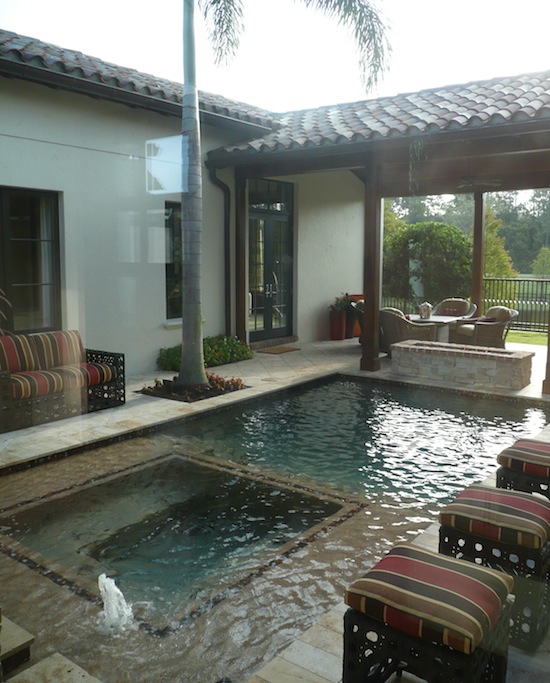 Out of the Loop: Five things to like about Disneyland that are different from Disney World

I found where I want to spend my golden years! No this is the Disney Life!

just wondering. could you build the same place elsewhere for 50% less money? Disney property and attractions come at a price. Don’t get me wrong the places are beautiful and would be great to live there. But what is the purchase price and the carrying charges?

Are all of the in-park amenities just promotional to encourage people to buy, or is that the kind of exclusive service that homeowners get on a regular basis for buying a home on property?

I mean, don’t get me wrong, it sounds amazing and all, but at the same time it’s a little disheartening to think that buying a $2 million home gives people access to avoid crowds and cut lines ahead of all of the other paying guests. I know that they do that sort of thing now for celebrities, however I assume that’s mostly for crowd control reasons – not simply because they’re wealthy.

The lead-in price for a Golden Oak property is $1.4million, and they go all the way up to $4m. But this is for a bespoke, custom-built home, not your average cookie cutter variety. Yes, Disney are charging a premium for one of these homes but they also come with a range of perks you can get nowhere else, hence Disney are being pretty savvy.

As regards the in-park perks that might impact on other guests, you are only talking about a handful of people at any one time, which is not something you are likely to notice. The special events (like the dinners mentioned in the feature) would also be away from usual park operations, hence they wouldn’t impact regular guests.

Golden Oak currently has barely 12 occupied homes, hence the number of people there is tiny, let alone the number of residents likely to be in the parks. It IS obviously slated to grow well beyond just a dozen – there would be more than 100 in one section alone – but this will take many years to reach that level and, again, the overall impact of Golden Oak guests on any one park on any one day will be negligible, IMHO.

It is obviously only for the seriously wealthy, but those who can afford it (most as a second or vacation home) will really feel the benefit.

Yes Tim. Seems like the benefits of being a DVC owner decreases every year!