Out of the Loop: Five things to like about Disneyland that are different from Disney World 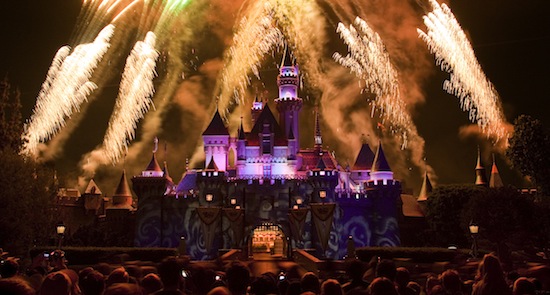 My “true love” in the world of attractions emanates from all things Central Florida. I love the sun and weather. I love Universal’s Islands of Adventure and the wizards and witches that reside there. I love Shamu, Clyde and Seymour. I love the “four parks, one world” of Disney. In a way, I was an Orlando snob! I say “was” because my attitude changed after the first and subsequent visits I have made to Disneyland in Anaheim, Calif. over the past few years. If you haven’t been, perhaps you’re wondering – “What’s so special about Disneyland?”

Disneyland is not simply a smaller version of the Magic Kingdom in Orlando. While Orlando is still number one for me, Anaheim holds a special place in my heart. Indeed, there are many differences, some of which I really relish about Disneyland and Disney California Adventure. Here are the top differences in my mind: 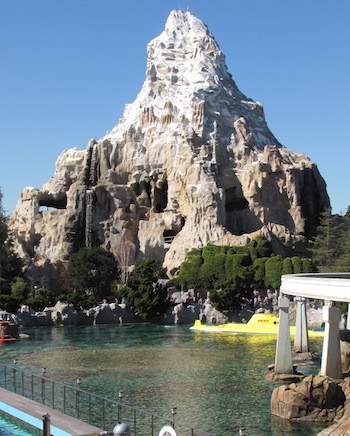 There are attractions at Disneyland that simply aren’t in Florida. I know this goes both ways. There are many more attractions in the whole of Walt Disney World that aren’t in California. But, I particularly love the Matterhorn Bobsleds. While the bobsleds don’t have the thrill of Expedition Everest, the Matterhorn mountain is one of the focal points of the Disneyland landscape and is a totally “old school” thrill. There are other rides that I try to enjoy each visit to Anaheim from the whimsical Alice in Wonderland to the thrilling California Screamin’ roller coaster. While Dinosaur at Disney’s Animal Kingdom is essentially the same ride system as Indiana Jones, who can resist an adventure with Dr. Jones? Do you miss Mr. Toad’s Wild Ride? It’s there in Anaheim. Will you miss Snow White and the Seven Dwarves Adventure when it goes away in the Fantasyland refurbishment? It’ll still be there in Anaheim. 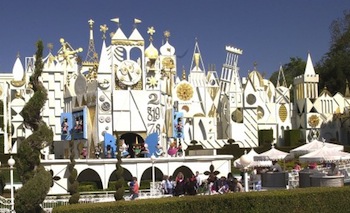 While it’s awesome to visit Florida in February and get lucky with temperatures in the 80s while your friends at home in, perhaps Chicago, freeze their noses off, the 90 degree plus with humidity in the summertime is a recipe for heat stroke. The first time I visited Disneyland, I noticed that rides like It’s a Small World and Thunder Mountain Railroad have queues right out in the open with no protection whatsoever from the elements. Why? Well, they don’t really have to fear the seemingly daily pop-up thunderstorms we have in Florida and they worry less about the little ones or grandma overheating in the direct sunlight. Chew on these stats:
Anaheim for June/July/Aug – average high temperature 83°, average rainfall 0.13 in., am humidity 80%, pm humidity 50%.
Orlando for Jun/Jul/Aug – average high temperature 92°, average rainfall 21 in., am humidity 90%, pm humidity 60%. 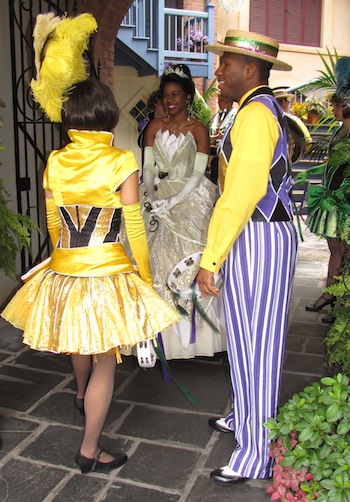 Do I like Liberty Square in Orlando? I do for sure, but New Orleans Square in Anaheim is great too. There is no Hall of Presidents, but lots to like. In that Disney way, it is a caricature of the real French Quarter complete with appearances by Princess Tiana. Pirates of the Caribbean resides in New Orleans Square in Disneyland. One ride on it will have you believing that they didn’t finish the ride in Orlando! It starts in a Louisiana bayou actually riding through the Blue Bayou Restaurant then onward to the Caribbean. I won’t spoil the end here! Speaking of the Blue Bayou Restaurant, if you visit Disneyland, you’ll want to plan ahead and get a reservation for this popular eatery. You will also want to succumb to the temptation and order the Monte Cristo sandwich. Who could resist a ham sandwich, battered, deep fried, powdered with sugar with a sweet sauce for dipping? You can resist? Well, there are plenty of other New Orleans style dishes available for everyone – most of which are not available in Florida. 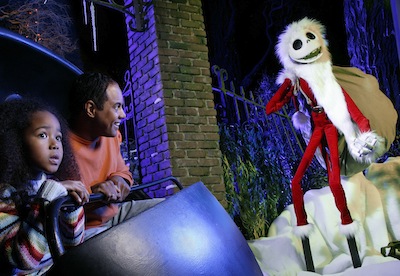 Disney definitely knows how to deck the halls both in Florida and California. In California, however, some of their rides get holiday makeovers. For Halloween, Space Mountain has become Space Mountain Ghost Galaxy the last few years. I have not personally experienced this ride overlay, but it apparently is a ghostly transformation that puts a twist on an old favorite. During Christmas, it’s a Small World becomes It’s a Small World Holiday. Not only does the ride itself get overlaid with boughs of holly and a holiday soundtrack, at night, a special holiday musical presentation is projected right onto the exterior facade of the ride (remember, the queue is outside). It’s a great little show. The Haunted Mansion becomes Haunted Mansion Holiday. This overlay gets put up for Halloween and stays through the New Year. It features the bony hero Jack Skellington from The Nightmare Before Christmas. If you recall the movie, the suited-for-Halloween hero, Jack, “saves” Christmas. Again, this is an inside and outside makeover. I wouldn’t hold my breath waiting for such makeovers in Florida. 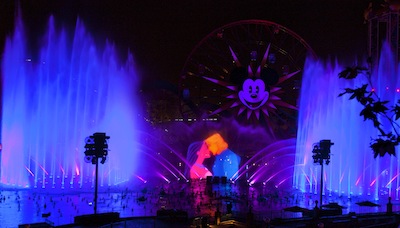 World of Color in the plainest terms is the night show in Disney California Adventure that involves advanced water fountain and digital projection technology. What can I say about this spectacular, next-gen, nighttime show? Visually, it is stunning. Soundtrack? Incredible. It tugs at just about every Disney heart string in your body! Want to read more? Check out my original post from last year’s debut of the show. I don’t profess to have seen every night show in all of the Disney Universe, but I would venture to guess, this one is the best. Yes, better than Fantasmic and Illuminations: Reflections of Earth. 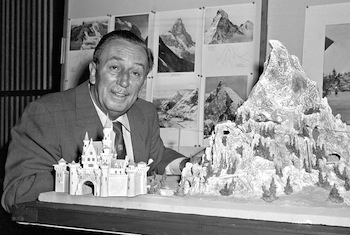 Walt Disney personally worked on and in Disneyland – even having had an on-site apartment. There is something special in knowing that Walt, the original Imagineer, walked the streets and rode some of the attractions you are enjoying. Unfortunately, Walt died in 1966, years prior to the opening of the Magic Kingdom in 1971 and he never saw his next big vision become reality. Well, we know his spirit lives on in Florida.

Even after WDW’s new Fantasyland opens – DL’s will still have almost twice as many rides with so many of those being classic dark rides. DL still has Toontown with a Roger Rabbit dark ride. California Adventure has more rides and E tickets than Animal Kingdom and Hollywood Studios does combined – plus you don’t have to walk so much or worry about crazy bus transportation. Our family has gotten to the point where we alternate each year between WDW and DL especially since WDW has been getting so stale for the past 5 years with no real new rides or shows. Everyone should save your money one year by skipping WDW and going to DL – you will fall in love with the place!

Disneyland is perfect place to visit in Central Florida. If you are on visit of Florida, I recommend you to visit this place. When you are at Disneyland you will feel tremendous and amazing.

Disneyland is in Central CA not Florida! That would be one high fare for you to drive me from Orlando to Anaheim – Taxi Man!

Actually Disneyland is in Southern California not Central.