Editorial: A thank-you letter to the Academy of Villains

As I write this, “Release Me” by DISKORD plays in my earbuds and it’s so apropos… 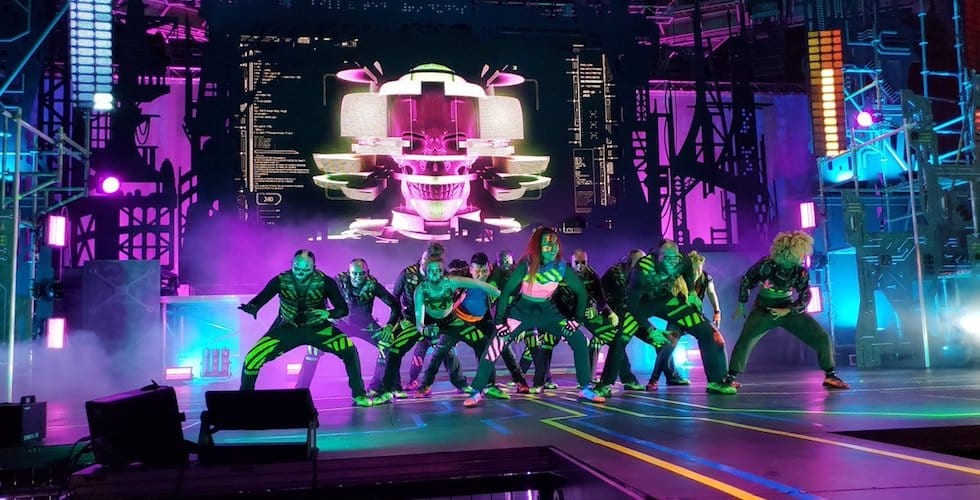 A thank-you letter from our very own podcast host, Mike Kerrigan, to the cast of Academy of Villains.

If you’re reading this, you may know a little bit of my story. Married to my beautiful high school sweetheart, father to three kids, and I’ve been helping with content for Attractions Magazine since September of 2015; first with the vlog, “Daycation Kingdom,” and now with the podcast, “Expansion Drive.”

What you may not know is that I constantly suffer from anxiety. My brain loves to make me feel like I’m not good enough. I have a great life, an amazing wife and family, I’m always having fun… I know this, but my mind still makes me feel as though I don’t deserve any of it. Yes, I know it may sound stupid or strange that I have all this excitement in my life, and still feel this way – but it just happens. There’s no rhyme or reason, and sometimes it’s debilitating.

Back in mid-September, I had the opportunity to cover Halloween Horror Nights for Expansion Drive. I was very excited about attending the event, not only because I hadn’t been in years, but also because of the year’s house lineup and overall theming.

One thing I wasn’t sure if I’d like was the Academy of Villains show. I had never seen their performances at previous HHN events, but I did enjoy their performance at the grand opening of the Fast and Furious – Supercharged attraction. That was my first time seeing Academy of Villains perform, and I definitely enjoyed it. Banks Lee and I even made sure to take a photo with them. 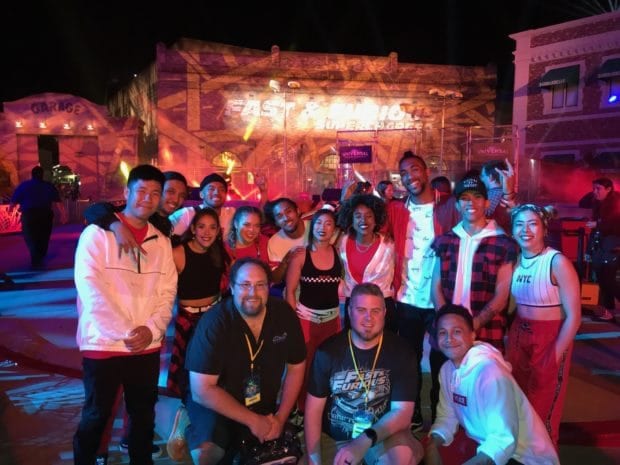 Back to this year’s HHN…we were having an absolute blast and the event was living up to every expectation I had and then some. Our tour eventually made its way to the Fear Factor Theater to see the all-new show, “Academy of Villains: Cyberpunk.” We were seated front row and center – and to say I wasn’t prepared for what I was about to see would be a huge understatement.

The music. The dancing. The lights. The crowd hype. I was blown away. 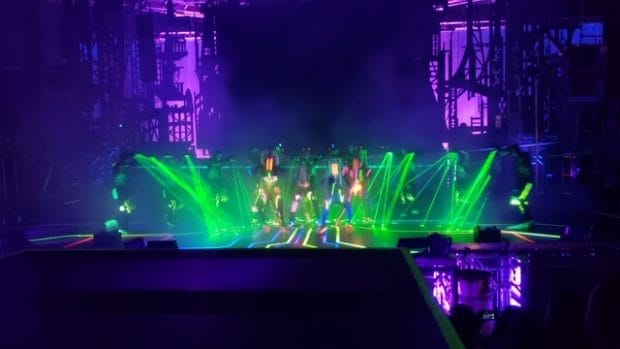 I took a couple days off from watching Cyberpunk again, to make sure to do some houses with some friends. About a week later, it was so busy in the park that I wasn’t able to do any houses. I decided to go check Academy of Villains out again.

I was late to the show, but was able to at least sit and watch from the top of the bleachers. The performance was great! Times were still crazy for houses, so I decided to get right back in line for AoV and try to get toward the front of the theater.

I was seated in the front row, right next to the stage. While watching the show, I was in awe of every single Villain’s passion. Even though they had been performing for a couple of weeks, five times a night – even during their second performance of the evening, they still showed that same strength, passion, and heart for this show.

I then realized something. This show, these men and women of Academy of Villains, made me feel something that helps fight back the anxiety that I’m constantly battling…pure happiness.

Every time thereafter, I smiled from ear to ear seeing this show. I found myself taking a ton of pictures of the show, and that’s where I was able to connect with not only other fans, but the Villains themselves.

Got this shot of @k_mays_84 tonight at @official_AOV and it legit may be my favorite photo I've taken at the show after 15 times #academyofvillains #aovcyberpunk pic.twitter.com/rB3uGhlJBW

Never have I met a more humble, down to earth, kind, and simply good human beings like the Villains. Whether it be Pharside retweeting or liking your status about the shows, Phoenix reposting your pictures, or Kendal thanking you for giving him his new phone wallpaper from a photo you took – these amazing men and women are just good people.

I found myself watching the show more and more. I’m currently at viewing #27, and that number will go up before the end of Halloween Horror Nights. I even made a playlist so I could keep listening to the music. Everything to do with this show has kept me positive, and for the most part, my anxiety has been kept in check.

Two weeks ago, I was fortunate enough to be invited to a meet and greet by AoV, and there I took the opportunity to tell everyone how much their show, and the troupe as performers and people, has meant to me.

I’m not gonna lie, I teared up as I spoke, but I tried to relay how AoV has helped my anxiety and just simply helped my sanity/happiness for the past month or so.

Then, they thanked me.

Here I was thanking them for helping me, and they were thanking me for expressing it to them. That my and others’ support meant the world to them because they’re in it to entertain and inspire. We ended the night with a big group picture, and the smile on my face couldn’t be removed. 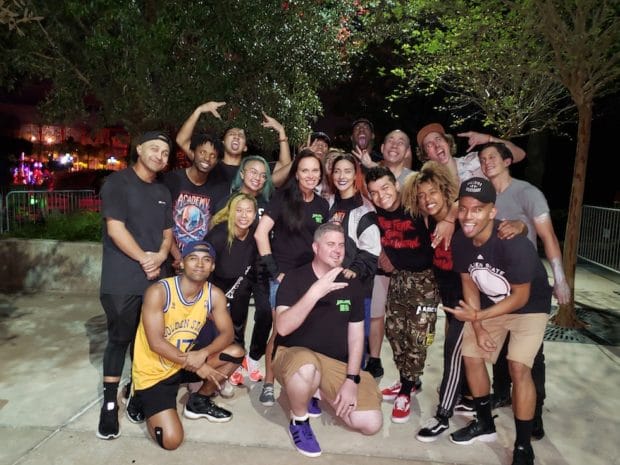 I’ve seen the show many times since then, and as I said earlier, will see it even more before the end of the haunt event.

I know there’s plenty of people out there that still prefer “Bill and Ted’s Excellent Halloween Adventure,” but I hope you’ll give Academy of Villains a chance. I think they’ve earned my and plenty others’ respect. The number of tweets, Instagram comments and posts, and Snaps I see from so many enjoying the show is amazing!

I hope to see AoV at Halloween Horror Nights for years to come, and would love to see them at Universal all year round! Their show, their passion, and their humbleness is inspiring, and I thank them for that.

If the rest of the world were just a bit more like you all, it’d be a better place.

Until we meet again,

Bring a taste of the Wizarding World...