Aerial view of the Jaws and Wizarding World areas at Universal 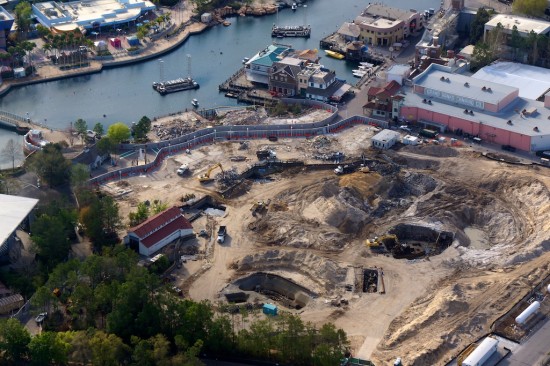 We have a video showing a unique view from the air of construction of the former Amity Island/Jaws area at Universal Studios and The Wizarding World of Harry Potter. Blueprints have also been found online that show what and where buildings might be going in the former Jaws place.

New blueprints were found recently showing the former Jaws area will be composed of a bunch of small buildings which are rumored to make up the London area from the Harry Potter series. The large building is rumored to be a coaster based off the Gringotts Bank and the long building in the bottom left is rumored to be the Hogwarts Express station that will connect Islands of Adventure and Universal Studios. 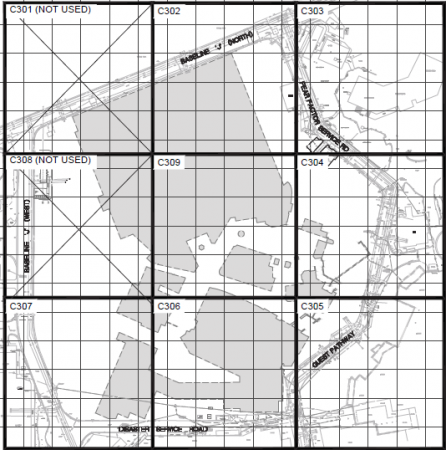 Remember, all this is speculation and nothing has been confirmed besides the general layout of buildings and that an expansion of the Wizarding World of Harry Potter is coming somewhere at the Universal Orlando Resort. Stay tuned to Orlando Attractions Magazine for more information on what is replacing Amity Island/Jaws and the Wizarding World of Harry Potter expansion.

ok so i saw the video and i dont see it happening
if they eed more harry potter stuff they might as well get rid of the rest of the lost continent and use the frer jaws and amity are as either a star trek area due to the ovie coming out net year or transformers the ride.

Jesus christ! hope all these rumors come true! Will be insane and amazing.

It is amazing if it comes true

Simply taking over the Lost Continent won’t sell park-hopper tickets. This two-park plan is a stroke of marketing genius.

I agree. The 2 park idea is genius. They would sell a ton of tickets that way, were are now more go to Islands of Adventure versus Universal. There is hardly ever any lines for Universal, so they need some more thrill rides over there to get more traffic, and this would do it.

I am a huge Harry Potter fan and while an expansion of that part has me completely stoked, it is sad to see Universal getting rid of an iconic ride like JAWS! and replacing it with something they already have. Harry Potter is huge now, but will it last for 20-some-odd years like JAWS! has? It has been a staple for Universal since it’s opening and I am more sad to see it go than excited for the expansion. Keep the classics, Universal, some of us still enjoy them.

Not so long ago i heard their will be a wwohp expansion not in USF but in front of the wwohp entrance. Iheard that they will start to get ride of the midway games in the entrance and make more shops for wwohp like the bank .[I cont pronace the name ].

Bring back the Jaws ride you sons of bitches!!!