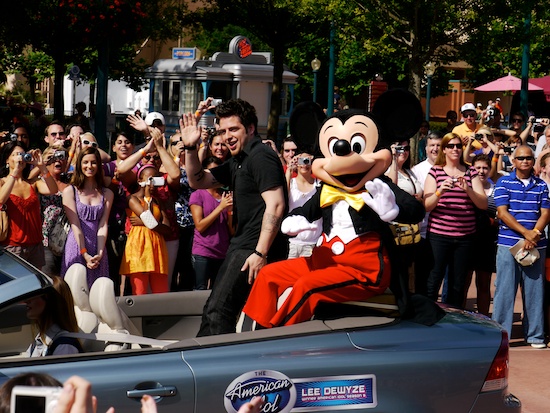 American Idol’s 2013 finalists are touring the U.S. and making a stop in Orlando. Tickets are on sale for their Aug. 1 concert at the Amway Arena, but fans can see them parading down Hollywood Boulevard the day before at Disney’s Hollywood Studios.

The parade is a part of Disney’s latest Limited Time Magic announcement:

Get ready to go to Hollywood — the American Idol Live! Tour 2013 is heading to Central Florida. And for just one day, Limited Time Magic is giving you a chance to see your idols in person at Disney’s Hollywood Studios! Join the fun on Wednesday, July 31, 2013 when a one-time-only American Idol celebrity motorcade — featuring some of your favorite American Idol Season 12 Finalists—parades down Hollywood Boulevard.

Click Here for more information on the tour or to buy tickets to the concerts.

Video, Photos: Behind the scenes of balloon...

Tryout next weekend if your family has...