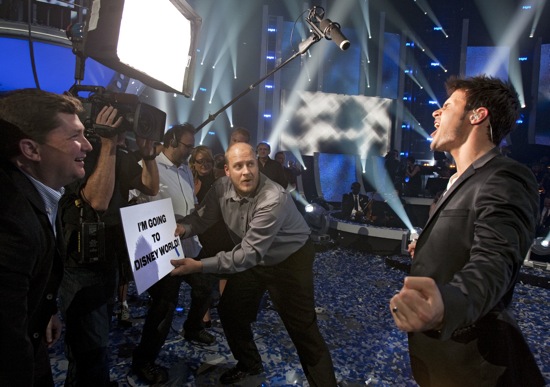 Moments after becoming the newest American Idol, Kris Allen let the world know that he would be “going to Disney World.” Now we’ve found out that he’ll be making an appearance at Disney’s Hollywood Studios on May 29 at 10 a.m. in a celebrity motorcade.

There’s no word yet as to whether he’ll sing at the park’s new American Idol Experience attraction, but I’d imagine he’ll at least pay a visit to see what it’s all about. Much like during the attraction’s world premiere event, it will certainly be nerve-racking if a few guests have the chance to perform in the show while Allen is watching from the audience.

Update: After the motorcade, around 10:15 a.m., Kris will take part in a fan Q&A outside The American Idol Experience attraction.

Changes coming to Innoventions at Epcot