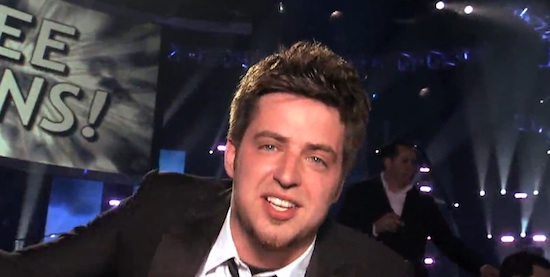 It looks like the American Idol winner will be coming to Disney World again this year. Lee DeWyze was announced as the 2010 American Idol champion during the finale show on Wedensday night and filmed this familiar commercial shortly after:

Last year’s winner, Kris Allen, also shouted those famous words and just over a week later he was performing a song for guests outside of The American Idol Experience at Disney’s Hollywood Studios:

He then made an appearance during one of the American Idol Experience shows:

.
(Update: Lee will be appearing at Hollywood Studios in a spacial parade with Mickey Mouse at 10 a.m. on Monday, May 31. The parade will start at the front of the park and continue down Hollywood Boulevard to Mickey’s huge sorcerer’s hat.)

Behind the scenes look at Disney's Summer Nightastic