Behind the scenes look at Disney's Summer Nightastic 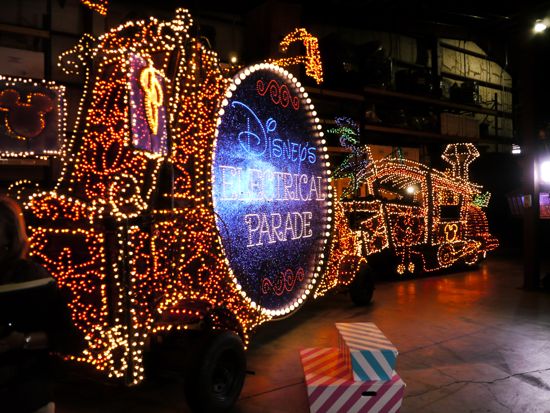 We were recently taken backstage at the Magic Kingdom for a special look at Disney’s Main Street Electrical Parade, just one part of Disney’s Summer Nightastic event. From June 6 through Aug. 14, guests at Walt Disney World will be able to experience some unique happenings at three of their four parks. 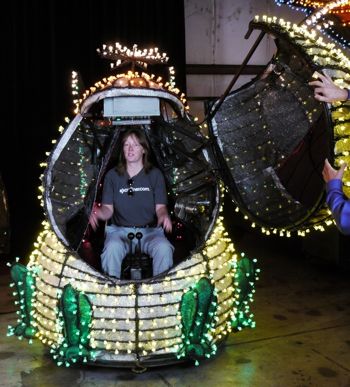 The Main Street Electrical Parade returns to the Magic Kingdom with a few new floats and a new glow. Tinker Bell leads the procession on an all-new float, and her trail of pixie dust enchants most of the parade floats along the way. The popular pixie waves from the basket of a balloon floating above a magical garden shimmering with fairy light.

In addition, enhanced versions of two classic favorites will return to the lineup after a 13-year hiatus – the shimmering diamond mine of Snow White and the Seven Dwarfs, and the Pleasure Island haunts of Pinocchio. The parade’s highly recognizable musical theme will be brightened by new technology. The distinctive “electro-sytho-magnetic” “Baroque Hoedown” has new audio technology that gives it a richer, fuller sound.

The parade was last seen in the Magic Kingdom in 2001 before it was sent to the Disneyland Resort in California. Disney said after Summer Nightastic, the Electrical Parade will go back to California and the Spectromagic nighttime parade will return.

At Disney’s Hollywood Studios, The Twilight Zone Tower of Terror will add new effects and a summer-only drop sequence. The changes include a special glow from the outside and many enhancements for your eyes and ears inside the attraction as well.

And on Hollywood Boulevard at the Studios, in the shadow of the 122-foot-tall Mickey’s Sorcerer’s Hat icon, guests will be invited to the Rock n’ Glow Dance Party, where a DJ and park band Mulch, Sweat and Shears will keep popular tunes coming five nights a week, beginning three hours before park closing. Look for some special appearances from Disney characters as well.

And to top things off, Epcot is once again presenting their Sounds Like Summer Concert Series in the park’s America Gardens Theatre. Each evening through July 31 at 5:45, 7 and 8:15 p.m., tribute-band concerts will drum up lots of nostalgia.

Here’s an inside peek at how the parade floats operate and more about Summer Nightastic.

First-hand description of the new Harry Potter and the Forbidden Journey ride?

To be truthful… I never knew there were drivers in each float. I thought they were either radio controlled or programed. I think I would get sick in the bug float.