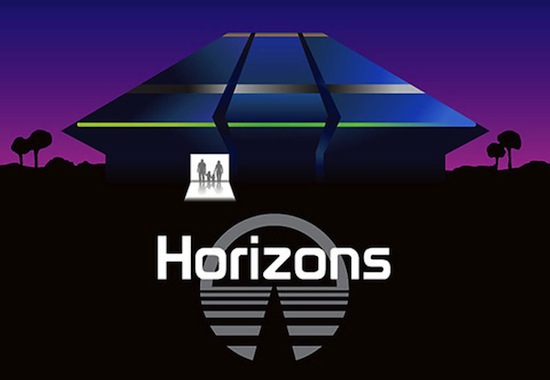 In my youth, in-between visions of being an astronaut or a writer, there was a brief time that I entertained being an Imagineer. Like most flights of fancy, unfortunately, it turned out to be a short-lived dream, but only recently have I discovered that it has contained another quality, even after all these years:  resilience. All it took was a little push to rekindle that spark into a full-fledged flame.

That push was my first return to Orlando in a little over 20 years (note: visiting The Wizarding World of Harry Potter makes for a good 30th birthday present for your wife). Seeing just how much technology has improved and creative scope has increased was literally a mind-bending experience, producing waves of excitement and giddiness in equal measure. It was a rather pleasant surprise.

It came with a rather unpleasant discovery, as well, however. Even though we didn’t have the luxury of time (or money, alas) to also visit Disney’s neck of the Orlando woods, I couldn’t help but take a peek through the staggering amount of online resources dedicated to the resort, to see how my favorite parks – particularly Epcot, Disney World’s crown jewel – were faring. Not well, it turned out, at least in poor Epcot’s case.

But the biggest shock for me was, in hindsight, probably the most obvious one: change. As an 11-year-old, walking around the park, the fact that, say, Horizons could be razed to the ground or that the entire Wonders of Life pavilion could be shuttered is an utter impossibility. Maybe it’s the naïve assumption that just as your favorite movie is there patiently waiting for you on the shelf, so, too, will your favorite themed experiences. Or maybe it’s that the waters of The Living Seas or the dinosaurs of Universe of Energy are so larger than life, it’s just a given that they’ll always be around – kind of like your parents. It was very saddening to have reality shatter that belief system, subconscious or not.

At some point, clicking from eulogy to eulogy, it occurred to me that, no matter how ludicrous it may seem (and it certainly did to my wife), I was in a type of mourning – and, even more amazingly, giant swaths of the internet felt the same exact way. I had stumbled into a sort of communal grief counseling process, one that had been going on for at least the past 15 years. People were apparently having a hard time of letting go. But why?

There is, of course, the ubiquitous nerd answer, the same obsessive-compulsive response that led Star Trek viewers to start the first letter-writing campaign to save a television show or producer Michael Uslan to cling to a vision of a Batman feature film through a decade-long development hell in Hollywood. But there’s more than meets the eye here, I think, something that forges an almost visceral connection between theme parks and visitors, and I harbor the strong suspicion that it has to do with the rather simple fact that themed attractions stand as the only medium in our modern pantheon of art forms that can die.

Television was conquered by VHS tapes long before DVR came on the scene, and music – what was an entirely, ephemerally mortal art form – has been transformed largely into a prerecorded industry. Comic books have (in)famously been preserved by inserting them into plastic sleeves replete with backing boards. Theater has been absorbed into the world of the camera, both photographic and cinematic. Theme parks’ only distant relative left exposed to the ravages of time is videogames, and, even here, we’ve seen vast improvements in their immortality in the form of constant re-releases on newer console systems and, most promising of all, digital distribution (which, of course, is also affecting the way that we interact with all of the other media, as well).

There is already a primacy to themed entertainment since we actually have to be there in order to experience it. This is only heightened by the fact that, sooner or later, the ride will be dismantled, replaced, and forever lost to the annals of history. Recordings of it will persist, of course, but we all know how well that’s worked for Horizons and all the other countless rides before it (answer: just barely, if at all). There, then, is an added poignancy to walking the halls of Dr. Brown’s Institute of Future Technology or, even, riding the waters of the (original) Pirates of the Caribbean, a tangible sadness hovering just around the next corner. It’s the entertainment world’s version of the Buddhists’ samsara.

Then again, those stories that don’t have that most human of elements – an ending – suffer horribly, as comic books (and soap operas, I suppose) amply illustrate. Why care about a character if he can die, be brought back to life, and die yet again willy-nilly? Why become invested in a narrative if it’s endlessly spinning its wheels, going nowhere fast? Even the Greeks had gods who died.

Of course, the idea of termination is frontloaded into the theme park vacation right from the very beginning, for the very definition of a vacation requires that it end and you shuffle back to the doldrums of your everyday life; this is why, when receiving free Disney planning DVDs in the mail, what is relentlessly being sold to you is not the fun of the attractions or the sizzle of the food but the timeless power of the memories. The idea of terminally ending your already-way-too-fleeting experience is just taking it one logical step further.

With entire generations now being weaned on and becoming depressed over their theming Meccas, the question simply becomes how Imagineers will be able to (further) capitalize on this basic fact of themed (and human) life as they go about plotting the next generation of parks – or, conversely, how the corporate suits will find a way to cheat death and chase the endless profits of immortality. If there is a company to do so, it’s unquestionably Disney; imagine a new addition to DisneyQuest that allows visitors to stroll down the golden lanes of 1950s Disneyland or, better yet for me, explore the geeky perfection that was 1980s Epcot. Walt himself almost immediately discovered the untapped potential of the guest who wants to extend his immersion into his hotel room that night. This is a gold mine of far grander proportions.

In the meantime, though, no matter the direction the divine winds blow, enjoy your next ride on Harry Potter and the Forbidden Journey, particularly if it’s your first such experience in a few decades, for its days are numbered. Just as are yours.

• Marc N. Kleinhenz has written for 19 sites, including IGN, Gamasutra, and Theme Park Insider. He’s also the author of “It Is Known: An Analysis of Thrones, Vol. I”, which explores HBO’s “Game of Thrones” with such guests as Time magazine’s James Poniewozik.

Disney’s Night of Joy 2012 line up and details

Marc, very interesting take. I guess I have two thoughts.
First, the sad thing about Horizons being replaced is that it was the closest to what Walt’s successors had in mind for EPCOT Center – a look into the past, present and future of a certain technology or aspect of life (in Horizon’s case: Living or Housing). Unfortunately, GE’s sponsorship ran out and the trend was to appease the thrill ride crowd which gave us Test Track and Horizon’s replacement Mission Space. Along with shuttering (as you put it) of Life & Health and the butchering of Living Seas, Imagination and turning Universe of Energy into a game show, Epcot no longer feels like the permanent World’s Fair that it was back in the 80s. Good or bad, it’s just a random conglomeration of rides and experiences trying to squeeze into an overall “Future World” theme.
Secondly, I think you were trying to get at the concept of next generation themed experiences (i.e., as we move into the digital media controlled world) and that it is to be expected that theme parks will be impacted by the “new” media. I guess we’re seeing examples of that with the advent of Epcot’s Phineas & Ferb game and the Sorcerer’s of the Magic Kingdom. However, I think the key word in theme park is “park.” No matter where technology takes us in the future, I believe we will always need a place to go to in order to experience real tangible things, not just what we can view on our screens whether they be 93″ 3D televisions or our ipads and iphones. My guess is we will continue to see a move toward more virtual experiences that are digitally driven, but that eventually over time, we will see a return to the more tangible experiences: exploring the caves and rope bridges of Tom Sawyer Island, smelling the diesel of the car in front of you as you ride the Tomorrowland Speedway, and (as you put it) riding the waters of the original Pirates or the Caribbean. We shall see. Thanks for the article.

Dining packages coming to Festival of the...