Dave and Buster’s is opening their newest location this Monday on International Drive in Orlando. The 40,236-square-foot space features a large arcade, full restaurant and a bar. It’s located on the land formerly occupied by Race Rock, just down and across the street from Pointe Orlando. 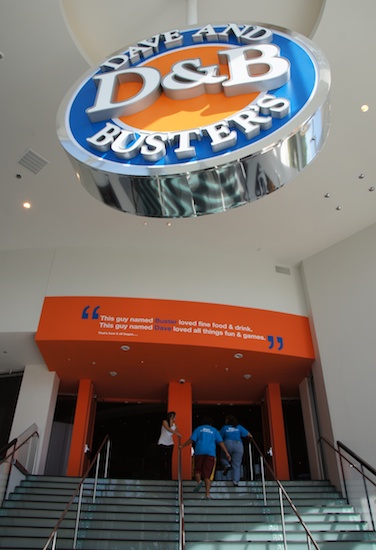 As you come in the front doors, you’ll notice a large stairway leading up. There’s plenty of parking around the restaurant and underneath the building. It’ll be great for rainy days. This is the first Dave and Buster’s to feature this elevated design. The inside of the building also has new designers, so even if you’ve been to another Dave and Buster’s, you haven’t seen one like this.

Today’s media preview started with Dave and Buster’s presenting a check for $15,000 to Big Brothers Big Sisters of Central Florida. As you can see in the background, it almost feels like you’re entering a casino rather than an arcade. 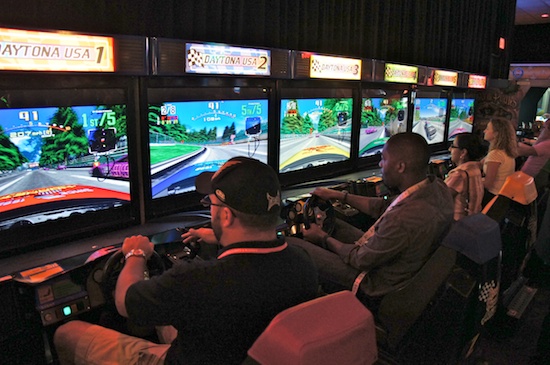 The arcade features 170 different games. Most of them offer redemption tickets. Many of them are linked together to allow some good ole’ competition. 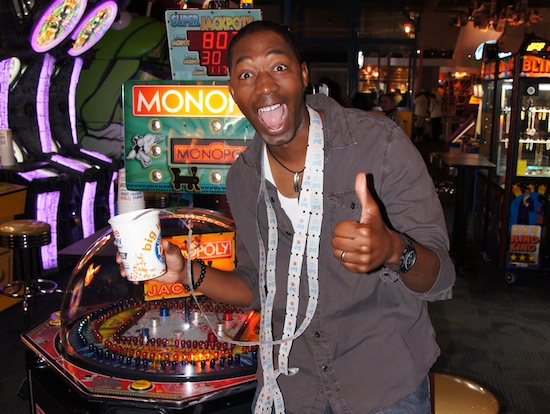 That’s what it’s all about – the tickets. Here Orlando Attractions Magazine – The Show host Mark Daniel drapes himself in them. Watch episode 34 of “The Show” to see our full report from Dave and Buster’s. 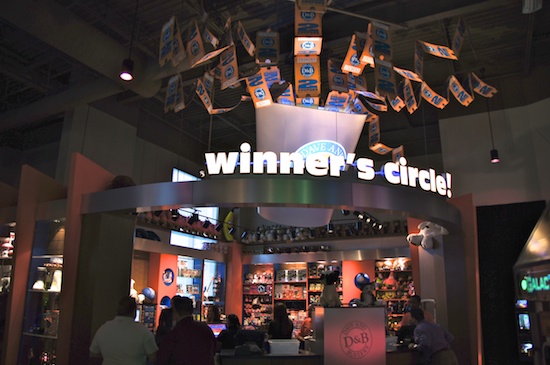 Here’s where you bring your tickets once you’re ready to cash in. It’s like a small gift shop. 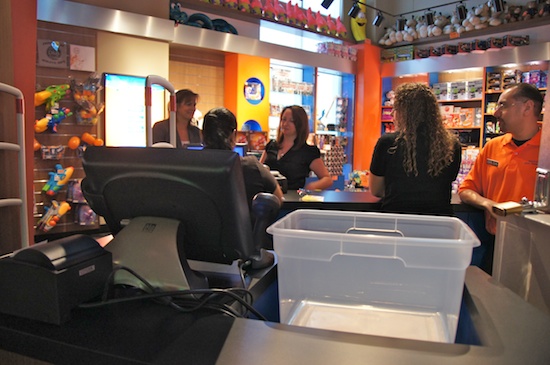 Instead of counting all your tickets, Dave and Buster’s employees just weigh them to figure out how much you have to spend. 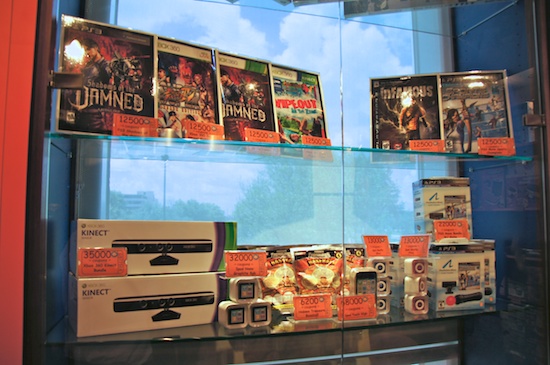 Although candy and plush dolls are their most popular redemption items, they have a wide choice of items. If you save up enough, you can even get a video game system, games and other electronics. 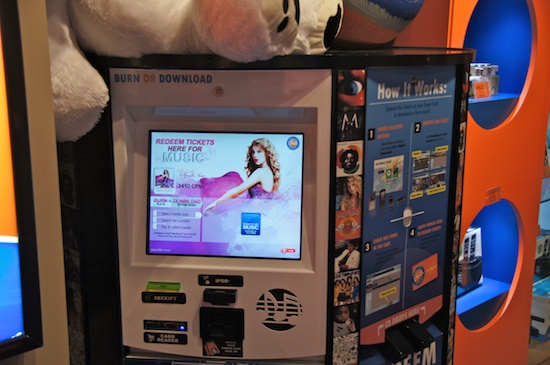 This is pretty unique. You can trade your tickets for songs which you can download onto your personal music players and mobile phones. 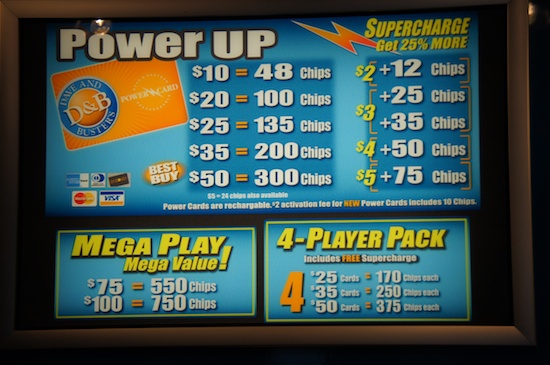 The games at Dave and Buster’s don’t run on quarters. You have to get a card and load it with whatever amount of “chips” you’d like. The more you spend, the cheaper the individual games become. For more photos of the arcade games, check our full photo gallery below. 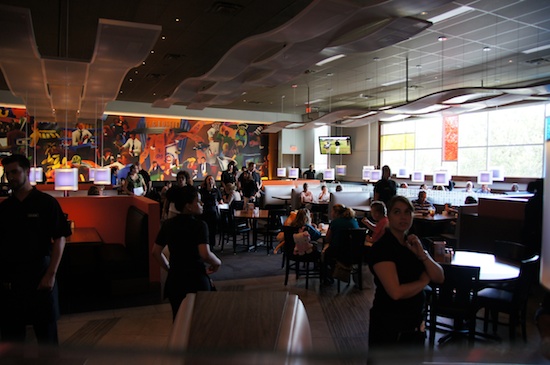 On the other side of Dave and Buster’s is the restaurant. There are many booths and tables which can accommodate small or large groups. 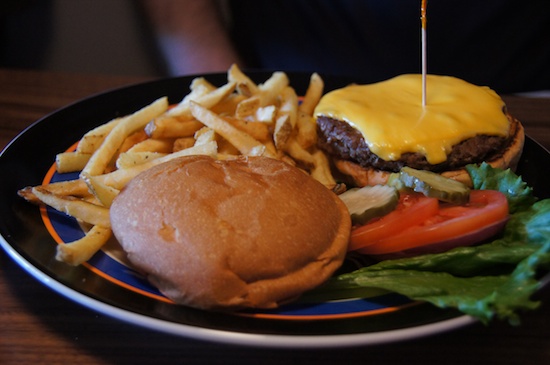 The restaurant features a large menu. It’s similar to a Fridays or Chili’s. Here’s a look at the basic cheeseburger. Sandwich prices are around $10 with french fries or sweet potato fries. They also have steak and other more pricy meals. Check out the full photo gallery below for more photos of the food. 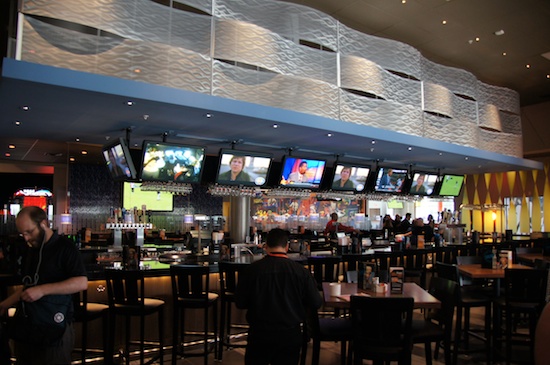 In addition to the arcade and restaurant, there’s a full bar area with 25 TVs and a 103-inch plasma TV. 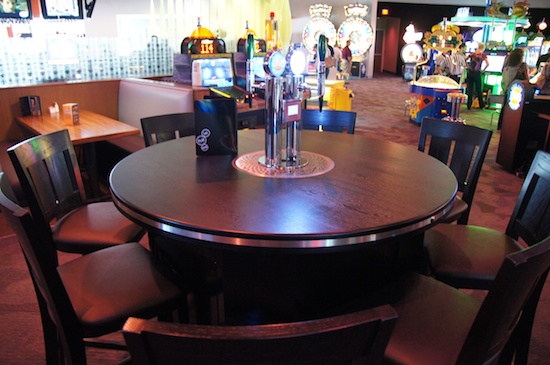 This table is a special one. It has two built-in beer taps. A counter keeps track of how many ounces you drink. 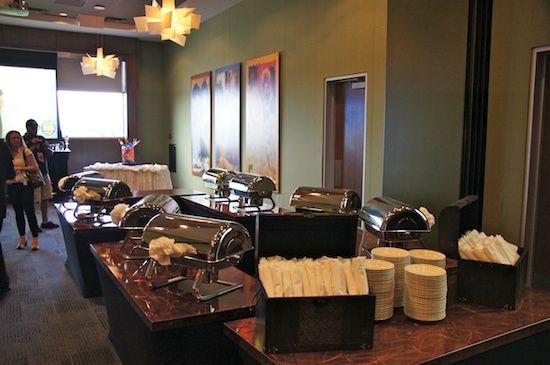 There are also several rooms off to the sides that are available for private parties.

Dave & Buster’s Orlando is located at 8986 International Drive. It officially opens to the public on Monday, July 18, 2011.

A full photo gallery is below. Be sure to watch episode 34 of “Orlando Attractions Magazine – The Show” to see our full video report from Dave and Buster’s.

how cool could d&b get