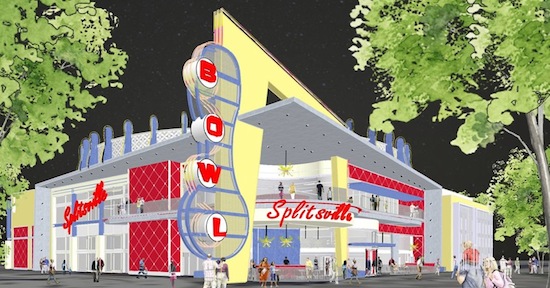 A new experience is coming to Downtown Disney West Side in 2012. Splitsville, which features bowling, billiards, dining and nightlife will be opening.

The Disney Parks Blog reports that Splitsville will open in the current location of Ridemakerz, which is also where the Virgin Megastore used to be located. Ridemakerz custom remote control and toy cars will be moving to the Marketplace side of Downtown Disney.

Construction on Splitsville is set to start this fall. Above is an artist’s rendering from the Disney Parks Blog which may change before the opening.

In other Downtown Disney news, the Harley-Davidson store recently moved from Pleasure Island to the West Side. A new ladies boutique called Apricot Lane will be opening in the space formerly occupied by Harley-Davidson.

The Disney Parks Blog also stated that they’ve identified opportunities to further refine their master plan for changing Pleasure Island into Hyperion Wharf and construction has stopped while they evaluate them. Disney said details about the changes will be coming.

For more information about Splitsville, you can visit their website at splitsvillelanes.com. They currently have two other Florida locations, one in Tampa and one in Miami. Below are some photos from their website of the Tampa location. 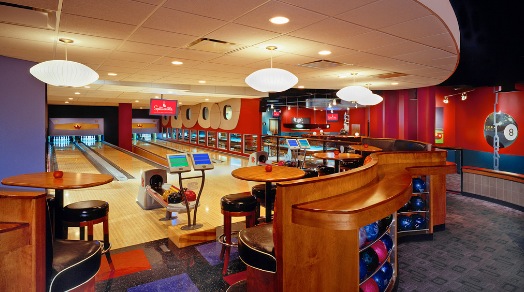 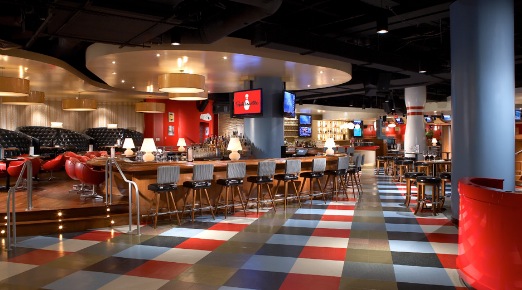 I can’t get conected whit the site is not working please help I need to get inf.thank you

Is not number in the website,and the website Splitsville.com is NOT WORKING HELP

Do you know when exactly it will be opening?