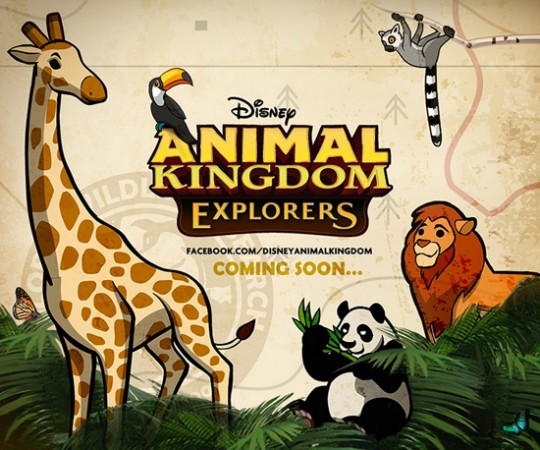 Disney Animal Kingdom Explorers, a Facebook game based off Disney’s Animal Kingdom theme park, is launching soon according to the Disney Parks Blog. It will include iconic Animal Kingdom “Tree Of Life” and other various spots around the park.

During game play, players will have a chance to create and take care of their own wildlife and to preserve the land around it. They can join the Global Wildlife Research team members as they guide them through exotic wilderness to preserve habitats, build and grow protective animal habitats, protect endangered species and expose a cast of characters.

When it launches on Facebook, players will also be able to search for hidden objects in some spectacular natural settings, from the Rocky Mountains to the Amazon rainforest to the Australian outback. Visit Facebook.com/DisneyAnimalKingdom for more information and stay tuned for when it goes live.