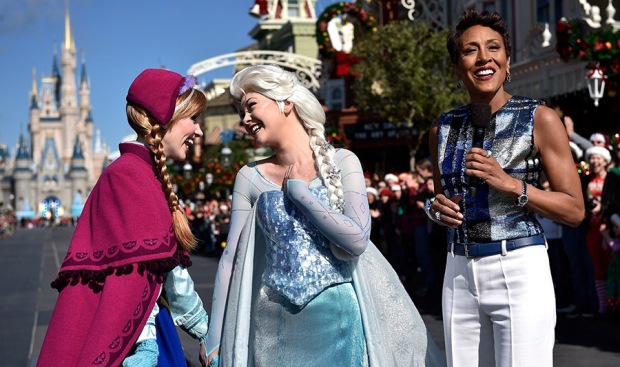 Disney is set to add some “Frozen” magic to its 31st annual Christmas Day telecast, renamed this year to the “Disney Parks Frozen Christmas Celebration” airing Dec. 25 on ABC.

Robin Roberts of ABC’s “Good Morning America” will host the reimagined television special inspired by the blockbuster hit’s message of uniting family and loved ones. Roberts will lead the telecast from Walt Disney World in Florida with support from GMA Contributor and ESPN and SEC Network analyst Tim Tebow.

They will be joined by Rob Marciano, senior meteorologist of ABC’s “Good Morning America” from the Disneyland Resort. Sarah Hyland, star of ABC’s Emmy award-winning show “Modern Family,” joins the fun from Aulani, a Disney Resort & Spa in Ko Olina, Hawai‛i. The festivities will also feature a special appearance by Miss America 2015, Kira Kazantsev, making this year’s Christmas special a “Frozen” celebration not to be missed.

Disney Parks will celebrate this Christmas with more than a parade, but with a heartfelt wish for the holiday season, the coming together of loved ones and family. In keeping with the spirit of “Frozen” where two sisters are united through the power of true love, Disney will bring together three groups of families and friends who have been apart or separated for the holidays, providing the ultimate Christmas gift. The reunions will take place at three Disney destinations – Disneyland, Walt Disney World, and Aulani – making these reunions bigger, brighter and merrier. 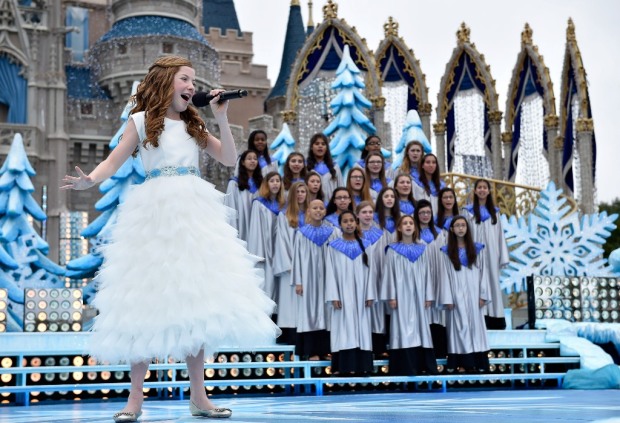 The joyous occasion will fittingly include a special rendition of the “Frozen” hit single, “Let It Go,” as performed by 12-year-old YouTube sensation, Lexi Walker.

There will also be performances from some of today’s top musical talents at each of the various Disney locations: 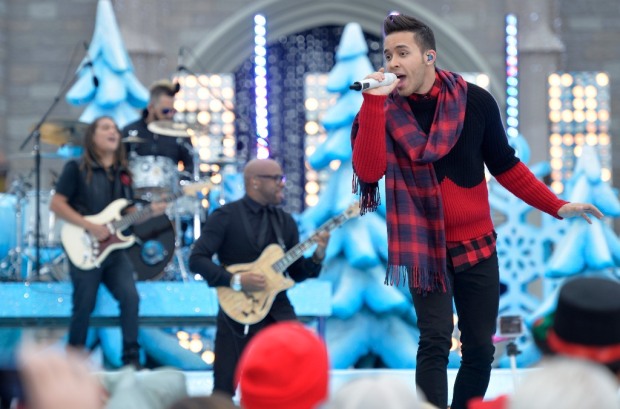 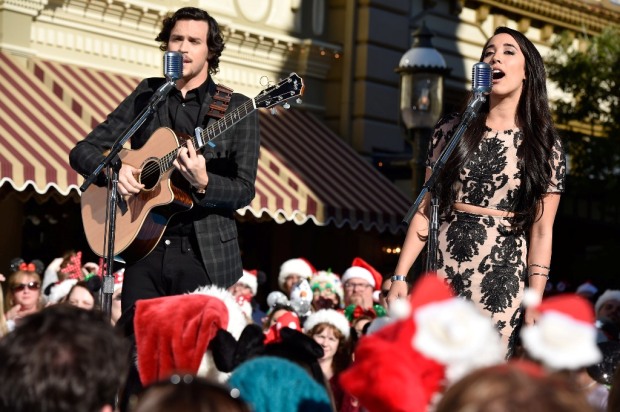 A special performance from the X Factor USA third and final season winners Alex and Sierra, singing “Love is an Open Door” from “Frozen” 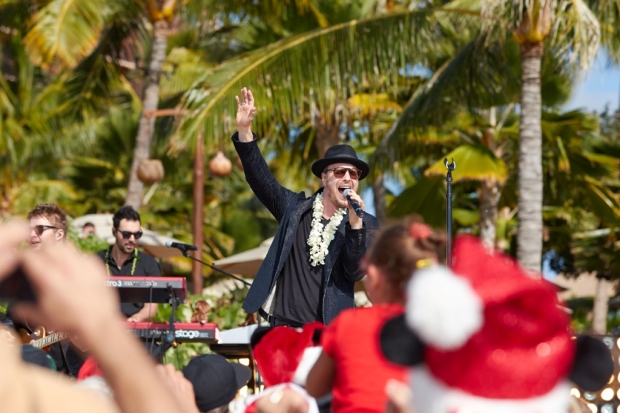 From Aulani, Gavin DeGraw will perform his latest single “Fire” and the holiday standard “I’ll Be Home for Christmas” 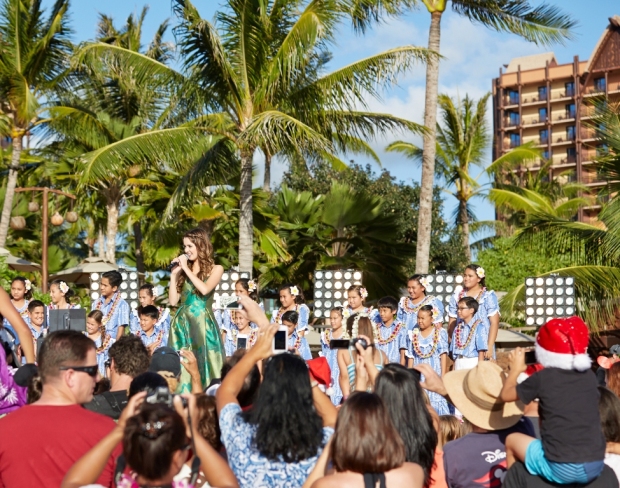 Laura Marano, of Disney Channel’s “Austin & Ally,” sings her version of “Do You Want to Build a Snowman?” from “Frozen” 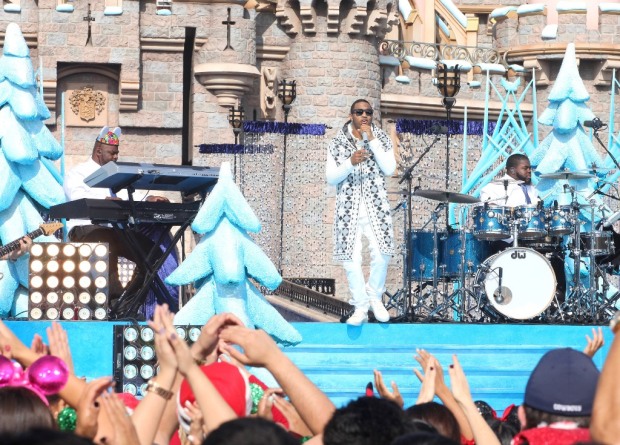 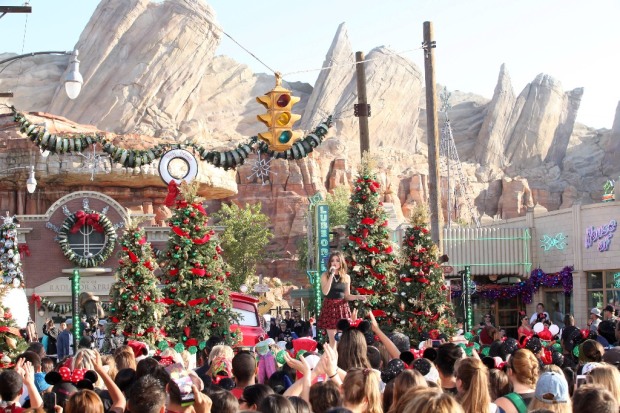 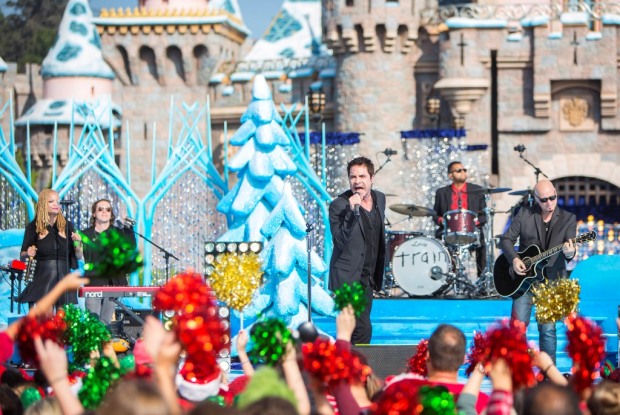 Trey Songz, Lucy Hale and Train will hit the stage at Disneyland with holiday favorites such as “All I Want for Christmas is You,” “Mistletoe,” and “Shake Up Christmas” 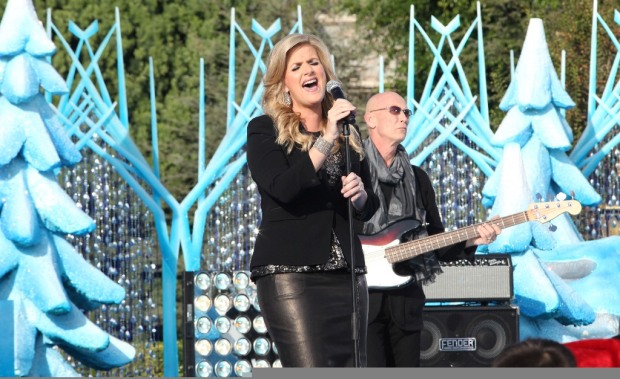 Country music superstar Trisha Yearwood will perform her hit single, “Prizefighter,” and the holiday classic, “Have Yourself a Merry Little Christmas”

Celebrate the most wonderful time of year with familiar Disney friends and holiday characters as they spread Christmas joy and cheer at Disneyland in California and along parade routes at Walt Disney World in Florida:

• The “Frozen” stars of the parade, Elsa and Anna, return from Arendelle to join the royal court and ring in the holidays on Main Street, U.S.A. at Walt Disney World
• Olaf, the summer-loving snowman from “Frozen,” joins hundreds of Dance the Magic youth performers in front of Cinderella Castle for a musical number to “In Summer”
• Maleficent from Sleeping Beauty makes her holiday debut as the steampunk-inspired fire-breathing dragon, as featured in the Disney Festival of Fantasy Parade
• A new Club Penguin float joins the procession highlighting the holiday special, “We Wish You a Merry Walrus”
• The superheroes of Big Hero 6 take a break from saving the world to wish onlookers happy holidays
• The National Cheerleaders Association and National Dance Alliance Performance Cheer Team, featuring 800 members from 41 states, entertain park guests lining Main Street, U.S.A.
• Boys and Girls Club National Youth of the Year winner Maryah Sullivan appears in the regal coach from the upcoming live action film, Cinderella
• After a long night of delivering presents, the jolly man in the red suit, Santa Claus, finishes his route on Main Street, U.S.A.

Be sure to check out our behind the scenes photos from the Cinderella Castle performances here and the Parade taping here. Below you can see our videos from those sections, as well as a look at the “In Summer” performance:

Cast and crew of ‘Eternals’ discuss the...