New concept art for SeaWorld’s Antarctica – Empire of the Penguin 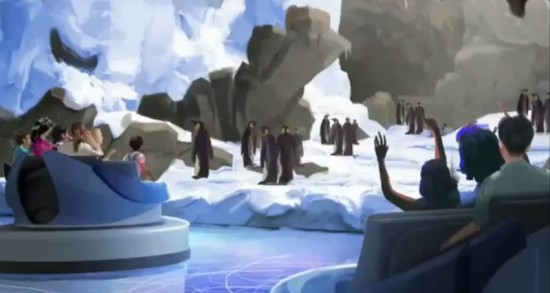 SeaWorld Orlando recently released a new teaser video for their newest expansion, Antarctica – Empire of the Penguin. The video shows off never before seen concept art of the attraction and penguin exhibit.

Opening in Spring 2013, Antarctica – Empire of the Penguin is a voyage to the bottom-of-the-world, to the coldest and windiest continent, to a place of ice more than 9,000-feet thick. Guests will be surrounded by the sights, sounds and encounters found in this frozen place, embarking on a one-of-a-kind ride and an incredible, first-of-its-kind family adventure. 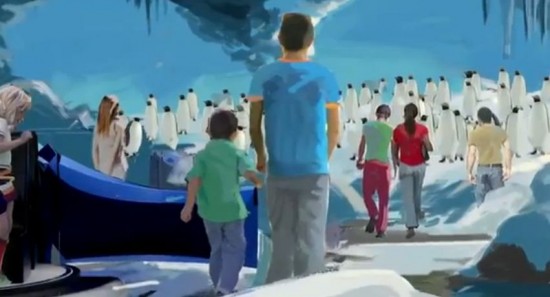 Antarctica – Empire of the Penguin combines animal connections with state-of-the-art interactive ride technologies for adventures that are different each time. The new art makes it look as if the ride moves on a trackless floor and guests are able to disembark their ride vehicle for a closer look at the penguins. 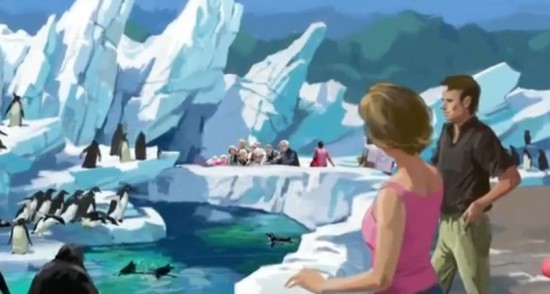 It will be a family friendly experince and will only be found at SeaWorld Orlando. Remember, Antarctica – Empire of the Penguin is coming Spring in 2013.

Check out the full teaser video below:

Wasnt the ride supposed to be a water ride?

I applaud the fact that Sea World is building a truly unique attraction. I love animals, birds in particular, and therefore am planning a trip to Orlando in 2014 to enjoy this attraction.
Hopefully, there will be a behind the scenes tour for animal interaction and discussion.