Ashley Eckstein, actress and founder of Her Universe, is set to be one of the grand marshals for the 2018 Orlando Citrus Parade in downtown Orlando. 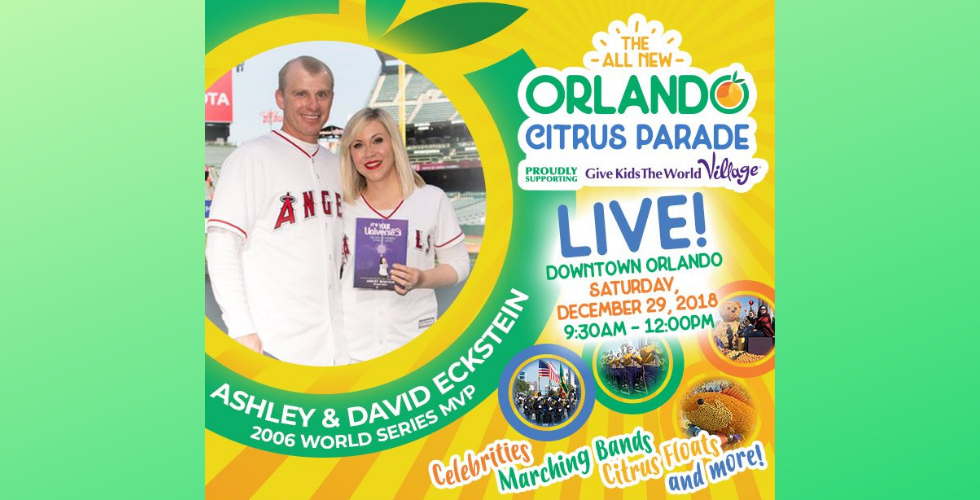 Support Give Kids the World Village with this fun parade in downtown Orlando!

The parade has been an annual tradition since 1980, and is set to stroll through downtown Orlando on Saturday, Dec. 29 at 9:30 a.m. The parade will also be broadcast in Central Florida on WFTV Channel 9 from 10 a.m. – noon.

Spectators can watch the parade for free, or purchase TV performance zone tickets to get up close to all the action!

The parade features marching bands from high schools across the country, as well as the Big Ten and SEC teams that will play in the 2019 Citrus Bowl game. Guest appearances in the parade include local and national celebrities, theme park characters from Universal Orlando and Walt Disney World, and more.

The highlight of the parade is the lineup of citrus-themed floats, all decorated with citrus fruits in a similar style to the Lemon Festival in Menton, France. This parade also follows the tradition of the annual Tournament of Roses Parade in Pasadena, Calif.

As a special treat, this year’s parade will support Give Kids the World Village, a nonprofit resort in Central Florida that offers weeklong, cost-free vacations to critically ill children and their families.