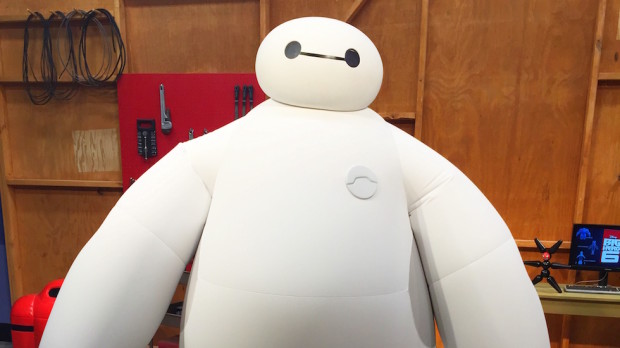 It has been a few months since guests were last able to meet Baymax from ‘Big Hero 6’ at Walt Disney World, but now he has returned in a new location at Epcot.

Located in Innoventions West across from the Character Spot entrance, Baymax’s new meet and greet is actually an extension of Character Spot, themed to an alley in San Fransokyo and Hiro’s garage. Here’s a video of the new area:

Currently there are no FastPasses available for him, just a standby line. There are no set hours for Baymax at this time, but it looks like it will be the same hours as Character Spot, which is from park open to park close.

Baymax was formerly located at Disney’s Hollywood Studios in the old Magic of Disney Animation building with Hiro, but that meet and greet closed in July 2015 to make way for Star Wars Launch Bay. There’s no word if Hiro will eventually join Baymax at Epcot. You can see video of them at their old location below:

Look back at Opening Night event for ‘Star Wars: The Force Awakens’

I had no interaction with Baymax cause Hiro wasn’t there to lead an interaction. As did many other guests din’t get any. Disney missed out by getting rid of their main character that many people actually liked.

I went in 2016 not knowing he was a character to meet at all and was a bit disappointed with the lack of interaction. However having just returned he is so much better. Moves around. Fist bumps. Reacts to what you say. It was much more exciting but still would like to see Hiro join him.