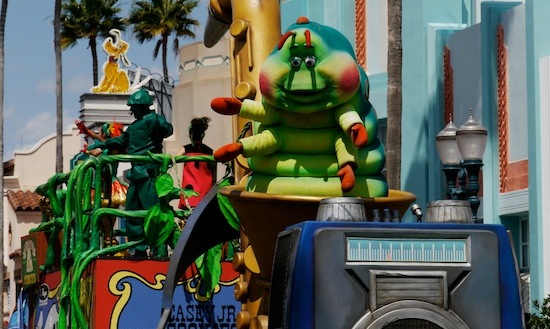 The popular Disney-Pixar parade/street party, Block Party Bash, at Disney’s Hollywood Studios is coming to end to make way for a new parade. The last day to see the parade is Jan. 1, 2011.

The official Disney Parks Blog is reporting the new parade will begin on Jan. 16, 2011. It will still feature many of the Pixar stars but will also include newcomers Remy and Emile from Ratatouille and Carl and Russell from Up.

The Block Party Bash first premiered at Disney California Adventure. It was moved to Hollywood Studios in spring 2008. Before Block Party Bash, Disney’s Stars and Motor Cars Parade ran the streets of what was then known as Disney-MGM Studios.

You can see part of the Block Party Bash in the later part of this video featuring Lotso from Toy Story 3. He was added to the parade in May.

Universal offering Halloween Horror Nights weddings – and you can win one