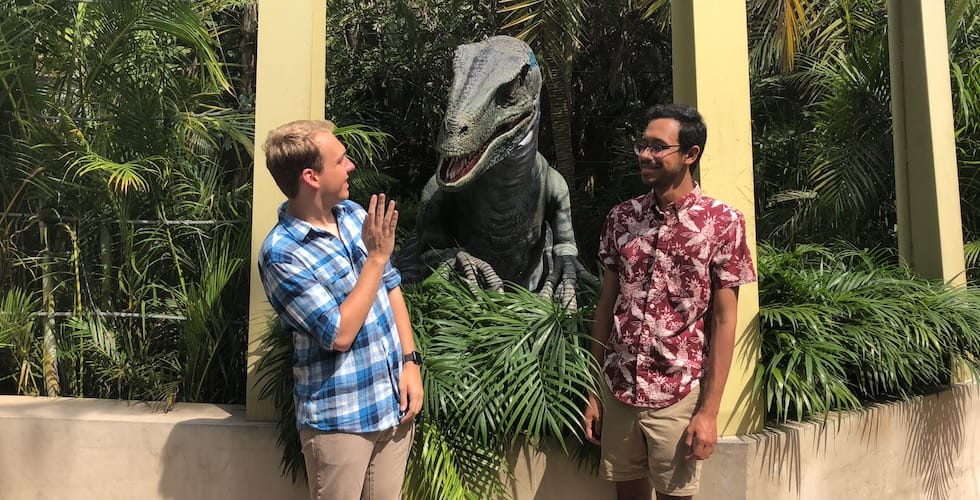 Guests can now meet Blue at Raptor Encounter at Universal’s Islands of Adventure.

To celebrate the upcoming film, “Jurassic Park: Fallen Kingdom,” Blue, the raptor raised by Owen Grady, can now be found at the Jurassic Park Raptor Encounter at Universal’s Islands of Adventure.

Blue replaces the former raptor that guests were able to meet at this location, and has unique upgrades from that of her predecessor. Blue’s teeth and eyes are more realistic this time around, with her eyes even blinking from time to time. Her skin also looks more realistic than previous raptors and holds that same iridescent blue that her on-screen version is known for.

For now, guests will only be able to meet Blue instead of the other raptors normally found at the meet-and-greet. Blue can also be found at the Raptor Encounter location at Universal Studios Hollywood.

Check out our video of Blue at Jurassic Park’s Raptor Encounter below:

Get your own Spider-Bots from Avengers Campus...